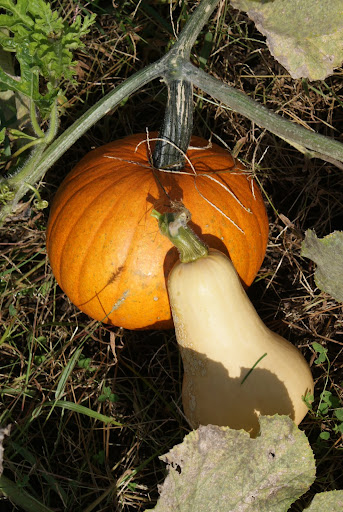 I love to take pictures of our homegrown veggies. It’s even more amazing than knitwork to me… I can hardly believe these were just seeds six months ago! And now harvest time is upon us. I check the weather every day to see if the frost is immanent, so I can pull in all those green tomatoes and dig up the sweet potato to see if there’s anything underneath. The pumpkins did excellently this year, as did most of the community garden things. However, everything else in our backyard has been ravaged, and it’s thanks to these brazen little beasts: 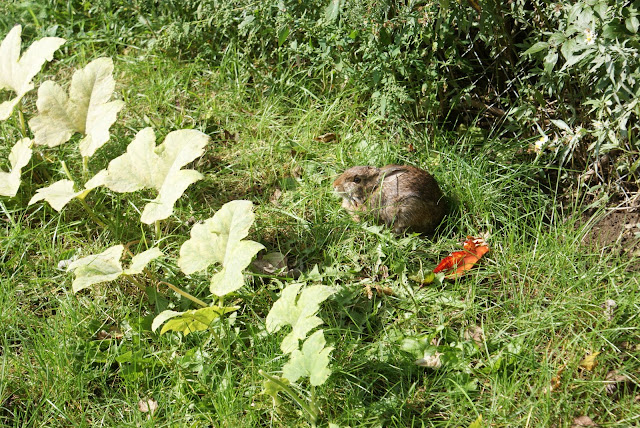 I know they look cute, but don’t be fooled; they’re demons in a fluffy coat. They like to take exactly one bite out of every tomato just as it’s ripe, and they managed to hollow out second watermelon. I’m rescuing tomatoes as I can by picking them just before they’re ripe. But I swear to you, if I can find a way to manage it, next year I’m having rabbit stew. Anyone know a good way to make rabbit traps on the cheap?

My mad spinning spat after Erntefest ended quickly. The dark grey was nice, but the light grey was rescued from a fleece I mostly felted, so it’s… weird. It’s sticky. I washed it two extra times, and rather violently, so I don’t know that it’s actually the grease. Perhaps it’s just halfway felted, and the stickiness is the scales on the wool open and ready to latch on. Anyway, it makes the dark grey feel like butter. 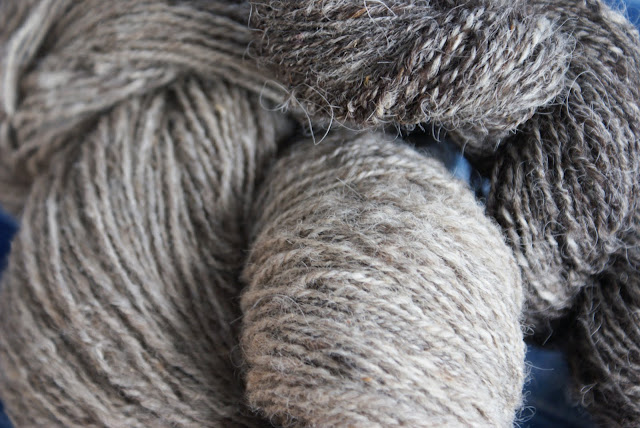 Their destination: “Welsh Country Stockings” in Folk Knits. I wanted to make these with natural handspun partly because the Yarn Harlot did. Or rather, she tried to. She ran out of yarn, tragically, more than once, and I don’t know if she ever finished them. I was all prepared for a similar epic journey, with me regularly updating on you on weight estimates, and biting my nails to the quick for fear of running out. But, two weeks later… 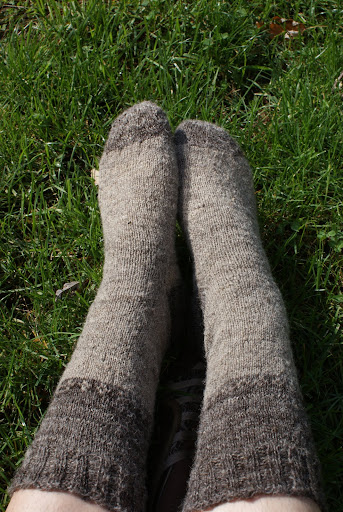 Um, they’re done. I’m not sure what happened… they’re just done. I guess I have a thing for plain socks, because unlike anything else, they just sort of appear in my hands if I sit still with wool and needles for long enough. That, plus the lace gloves I’m still slogging through would make anything, even socks on US 1.5s, seem fast. 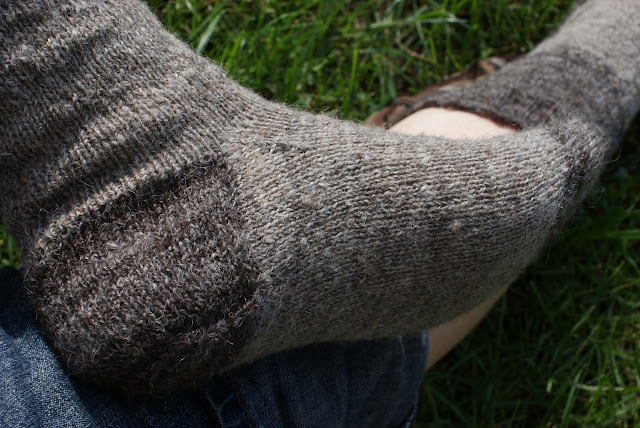 Pattern Review: I reduced the number of stitches due to gauge, but there’s not much else to say about this pattern, as it doesn’t have that much going on. I’m not in love with the round toe, but I have grown a fondness for the dutch heel and its extreme angle. Maybe I have pointy heels or something. It helps to leave more stitches in the middle than recommended, so it doesn’t end up creating a little pouch that your heel never quite fills. An addendum: I love making calf decreases along the back of a leg. They just seem so… sexy. Is that weird?

I like the two natural colors I used, but they were a little too similar. This just meant that the wee bit of patterning below the cuff was completely lost. Can you even see it in the picture below? 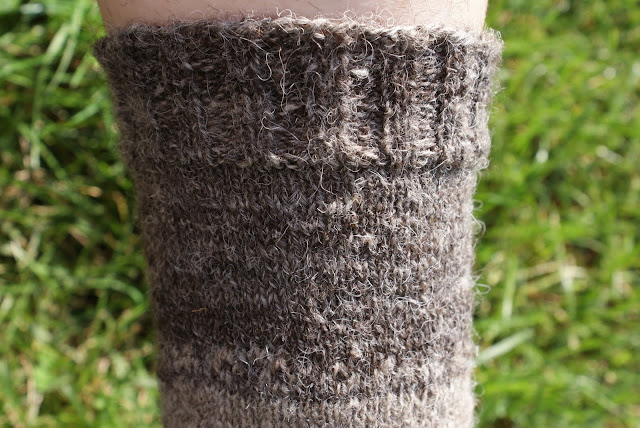 I made a concerted effort with these yarns to do a bit more plying. However, it turns out I wasn’t underplying, but plying in such a way to perfectly match my underspinning. You can also see in the above picture that the dark grey yarn wasn’t very balanced. The whole sock wants to spiral to the left a bit. This is because I put more twist in the plying stage than I already had twist in the spinning stage. I was in a bit more of a hurry plying the light grey, so that turned out just fine, though I do long for more twists per inch. 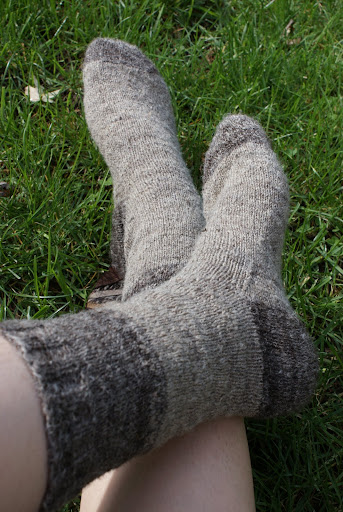 They’re quite itchy, but perfect over a pair of cotton socks. With these on, I might not even need a winter coat, they’re so warm! Interestingly, the rough handspun fabric doesn’t have as much give and take as I’m used to. But they fit me perfectly, which is good, because I wouldn’t give these away for any money. They’re rough, tough, and all mine, from sheep to sole.