I’ve not had a chance to tell you that after my miserable failure to make a gradiance yarn for the Rivendell Smoke Ring, I found a way to rescue that project from the gutter. The middle skein out of five was pooling terribly, and since the ring was of a fixed circumference, there wasn’t a darn thing I could do about it.

A darn thing, that is, except chuck the middle skein and completely forget about its existence. (Or at least set it aside – handily, I know a few small people who look really good in brown and blue and don’t care about pooling.) 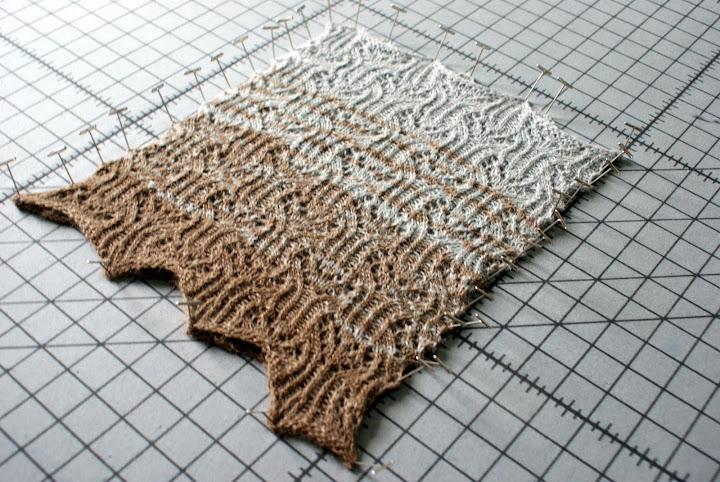 (Finished while at Mum’s house, on her blocking board. Covet covet.) Still not a masterpiece of gradation, but wearable – so judged by the fact that I’ve worn it every day since it dried. 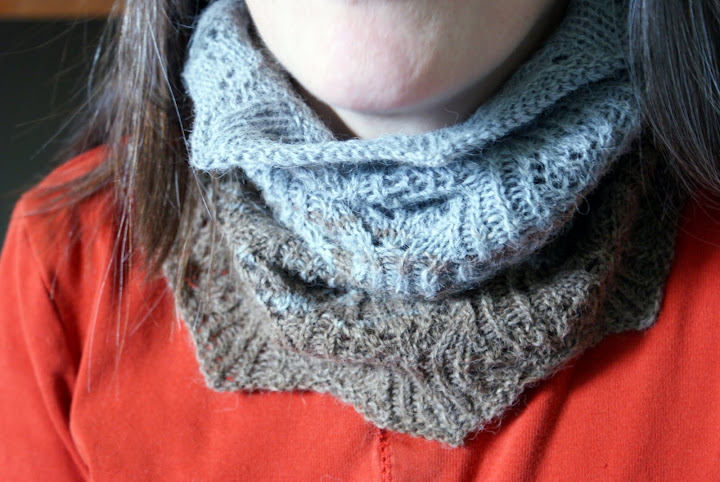 Yarn Review (of sorts): The huacaya fingering weight from Criative Acres is local to MD and very pleasant to work with. To be honest, it’s not that soft on the neck, but when it’s as cold as it has been lately, I don’t care that much. It is warm as all get out. As far as my dye job goes, after some more careful study of the gradiance yarns on The Unique Sheep‘s website, she’s clearly making use of shorter color repeats and more in-between hues, not just varying amounts of two colors. I took these lessons into the second gradiance I tried, though the results of that may not be seen for a while. I’ve got about five new levels of respect for what the Unique Sheep does, and plan on frequenting her shop as soon as I stop meddling with my own mess. 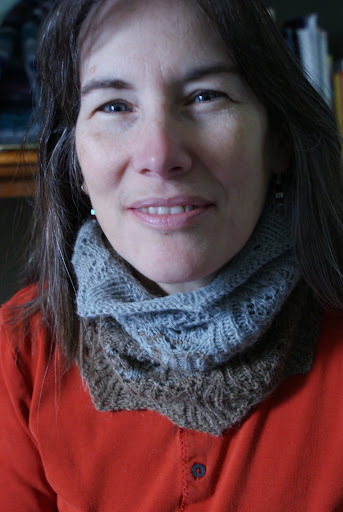 Clearly, it looks better on Mom than on me. There may need to be a few more of these things.