Short post today, since I am personally not done resting this Sabbath. And by “resting” I mean “completely cheating” since I’m going to go play more Secret of Monkey Island (TM). (An aside for the nerds: I laughed out loud at the solution to the tethered-underwater problem. It was a joke about inventory puzzles during the height of games with inventory puzzles. Then again, this entire game is one big joke about the type of game of which it is an oft-cited paragon. Kinda like Shawn of the Dead is my favorite zombie movie.)

Today’s brief update is for the food nerds instead. Since I finally opened the Farmhouse Cheddar – the second hard cheese I made, but the first tasted. Snacktime was our testing ground, so I also opened a jar of “campfire applesauce.” 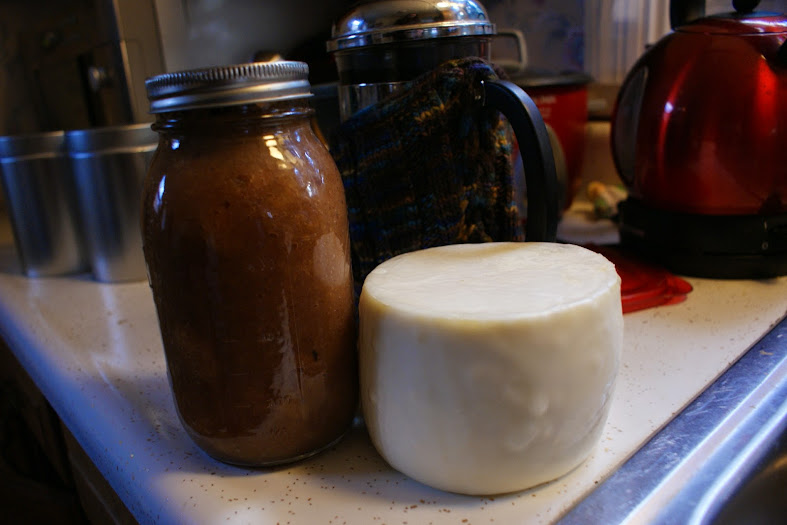 Hard cheese is… hard. So I used my stabbiest knife.

Patiently aging cheese will take less effort than I thought, as I accidentally let this cheese age two months, when it was supposed to only need one. 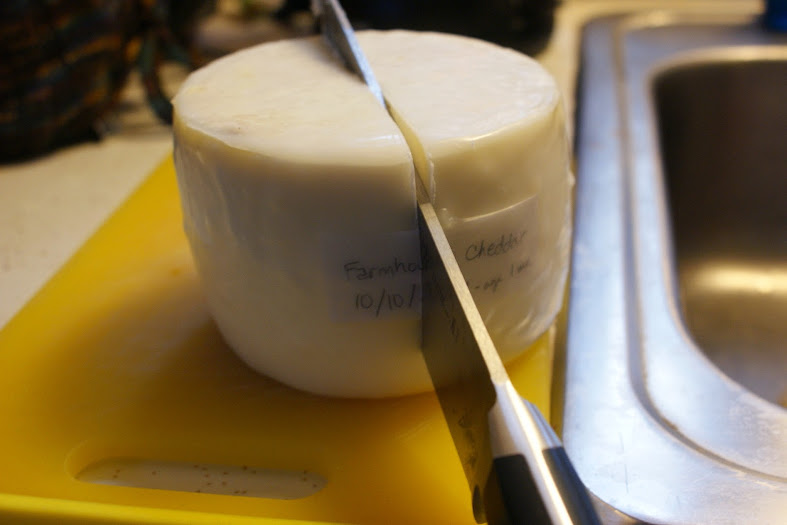 Texture: Surprise! It looks much more like feta than the smooth consistency I’m used to in cheddar. It crumbles pretty well, not quite as crumbly-like as feta, but more than goat cheese.

Taste: The stuff is… strong. Very strong aftertaste. Again, pretty feta-like, but not as sweet. Good on a strongly flavored cracker, and I think it’ll do really well on top of salads or in a cheese sauce (like on moussaka… gotta make more moussaka.) I don’t think I’d eat it straight – it has a bitter/sour, “gone bad” kind of aftertaste if you eat it alone – but it got the toddler seal of approval! 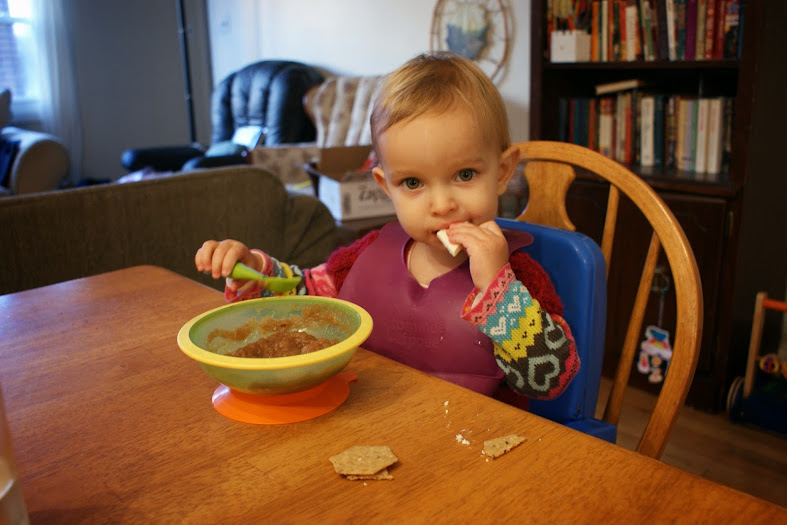 Boldly, I brought this cheese to a Christmas party at the yarn shop, which is mostly attended by women who have made fancy cheese parties into an art form. Everyone was polite enough to say nice things about it, and one even said, “why it’s just like a Farmer’s Cheese!” So even though I think it tastes funny, maybe that’s how it’s supposed to turn out!

I haven’t made any more hard cheese since, but I have milk for the next batch. Will keep you posted. Have a good 2 Advent week!