My house smells divine at this moment. There are tomatoes slow-roasting in the oven, but the dominant smell is that of kale. Kale, sandwiched between potatoes and a whole chicken, in a crockpot.

Fall is food. The ebullient joy and mad anxious rush of harvest-time, gathering in and putting up for winter. Storing up beauty and happiness and comfort, as much as anything else, so that I can stare down the long winter with defiance. You will not defeat me, March snows! I have Jesus, and I have applesauce!

Yes, applesauce. I’ve never been a big applesauce eater, not because I don’t like it, but because I’m more of a carboholic. But my husband loves it, and it makes a very convenient healthy snack for the obligatorily picky toddler. So this year we didn’t hold back: I counted the empty quart jars in my possession, and Naomi and I acquired enough apples to fill every one.

It was cold and kinda damp when we got to Soergel’s (my favorite place on earth this time of year), and I was on my own with Nomes while pregnant (which means strategic bathroom distance must be maintained at all times), and it turned out doing pick-your-own was actually more expensive. So we did our own version of pick-your-own: It was some kind of apple festival weekend, with the central pavilion filled with apples of all kinds on display, and a tasting. We sampled apples until we found a sweet and a tart that we liked. The platforms had handily empty spots, so up went the Nomes, and we picked our own 1/2 bushel each of Jonagold and Macintosh without getting near a tree or mud.

(I am in no way anti-tree or anti-mud. I have no care for my nails beyond their being short enough to type comfortably. But being on my own, responsible for a small person who is going to need a nap in approximately 1.5 hours, and myself needing to pee approximately every 15 minutes, I was grateful to take the easy road.)

It was just our speed. 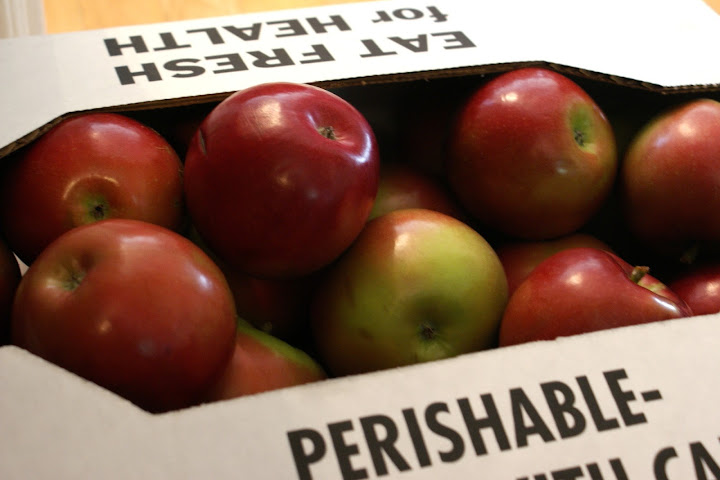 I wanted to try making separate batches of applesauce with the two kinds, just to have different flavors to pick from; we could always mix them on the fly. 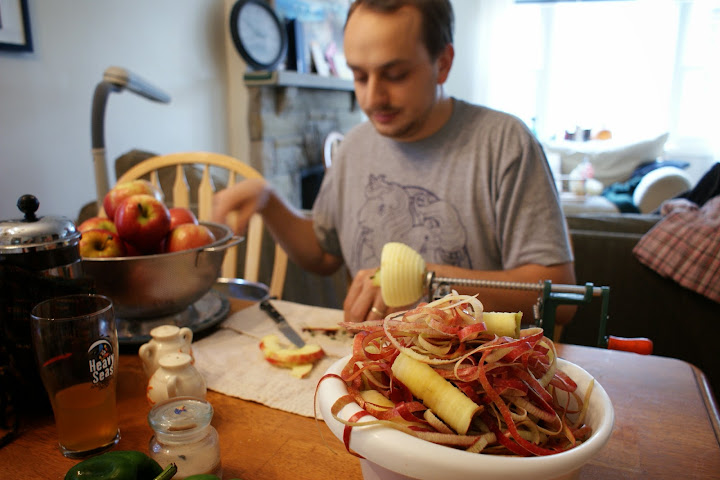 Saturday naptime got us through the Jonagolds, at which point we made our Big Mistake. We piled the whole half bushel of carefully peeled-cored-sliced Jonagold apples into my brand new – and cheap and thin-bottomed – 4-gallon cheesemaking pot.

It was only later that we realized how problematic this was. First off, the apples didn’t fit at first, so the liquid we put in the bottom probably boiled off first thing. Second, Jared sort of ignored the instruction to turn the heat down once the boiling started.

We kept telling ourselves that the burning smell was coming from residue on my always-filthy stove.

Eventually we faced the truth. We spooned off what we could save, and scraped the charred bits off the bottom of the pot. Because we don’t learn, we put this still-huge rescued batch back into the big pot to finish cooking, so it burned again. My poor pot will never be the same; there’s still charcoal down there after many attempts at soaking and scraping.

Even throwing out the bottom part, the charred flavor made its way through the whole batch. But we are stubborn in this family, so we canned it anyway, and are selling it (to ourselves) as “Campfire applesauce: The exact experience of eating applesauce while sitting in front of a campfire!” Because that’s pretty much what it’s like. 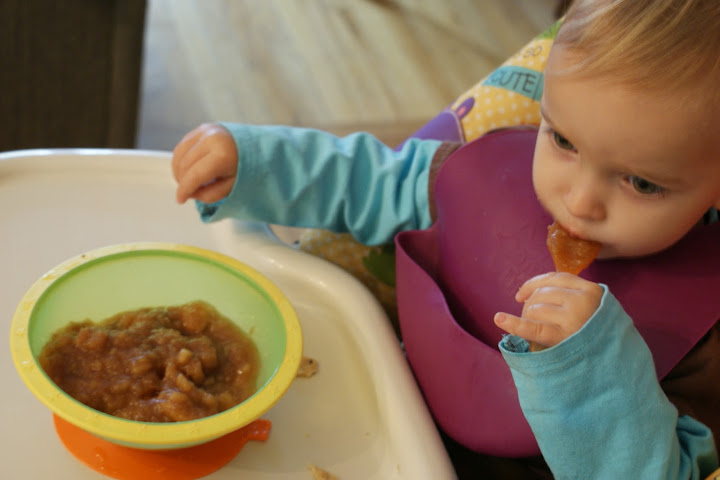 But we’re still eating it. Naomi hasn’t complained yet.

It probably won’t give us cancer.

The Macintosh batch went a lot better on Sunday; we split it up between a couple nicer pots and did it in two batches. The experiments in flavor we had planned to split between the two types of apples, we just did within the Macintoshes. 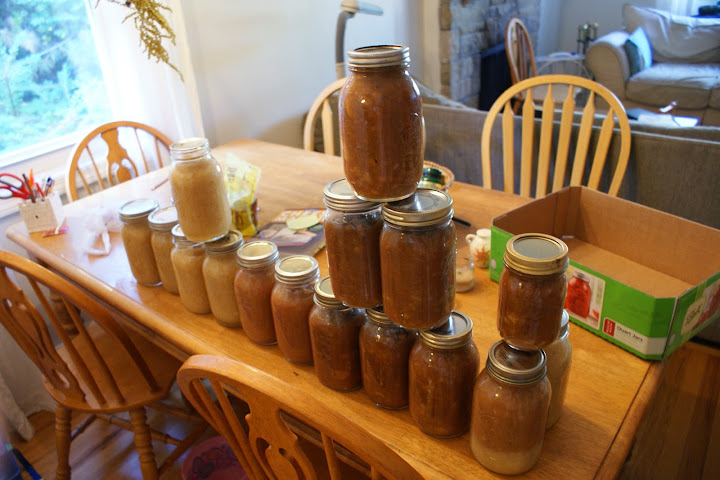 So we ended up with (starting at the far left): 2 quarts of sweetened Macintosh (small amount of brown sugar added), 3 quarts of unsweetened plain Macintosh, 2 quarts of spiced Macintosh (added cinnamon, cloves, nutmeg, allspice, and ginger), 7.5 quarts of “Campfire Applesauce” (I also spiced the heck out of it to help offset the carbon taste; 1 quart not shown that we ate already), and 2 quarts of mixed Macintosh experiment.

I will feel a little more prepared if we get a half-cord of wood stacked on the back porch, and about this much put up in tomatoes (we’ve already gone through nearly everything I canned a month ago!), but we might not get to those things. This little bit of fall’s stored sweetness is enough.

Whatever we can get to together is enough.

2 thoughts on “Putting Up Apples”