I didn’t quite stay up all night to finish In Dreams when I said I would, but I did the next morning. Not having the car last week, it took me a couple of days to get it to the new house, then to get around to blocking it, then to let it dry. But uf. The end result is unspeakably pretty. 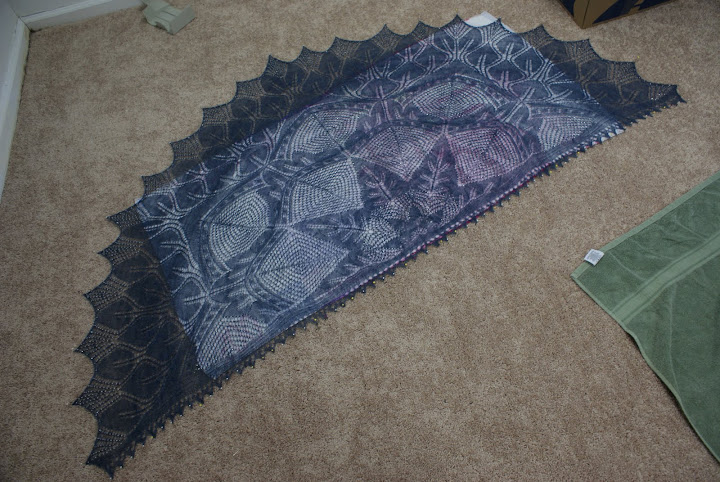 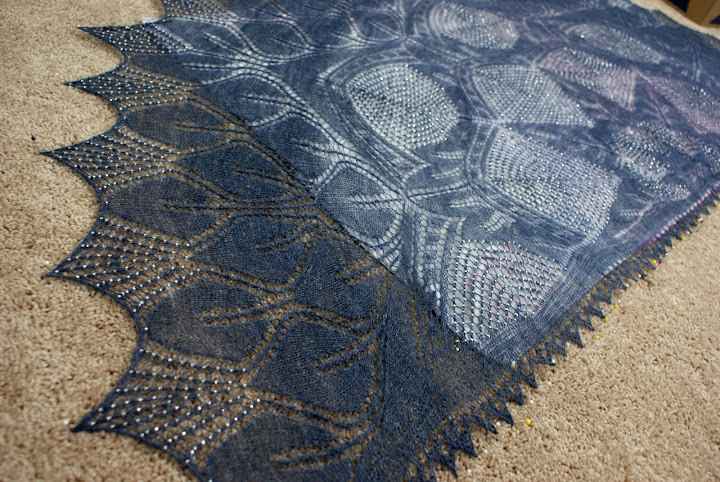 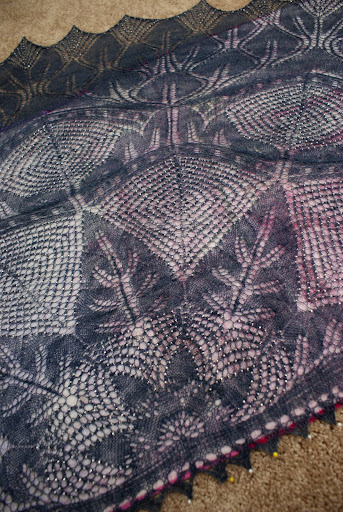 My indoor pictures do it no justice, but it is so sweltering right now that I am not going outside if I can help it. It was also too hot to even think about inspired pictures, let alone putting all that extra fabric on my body. So the loveseat is the model. Sorry that’s a little anticlimactic, but you and I both are going to have to wait for colder weather to see this pretty in her full glory. 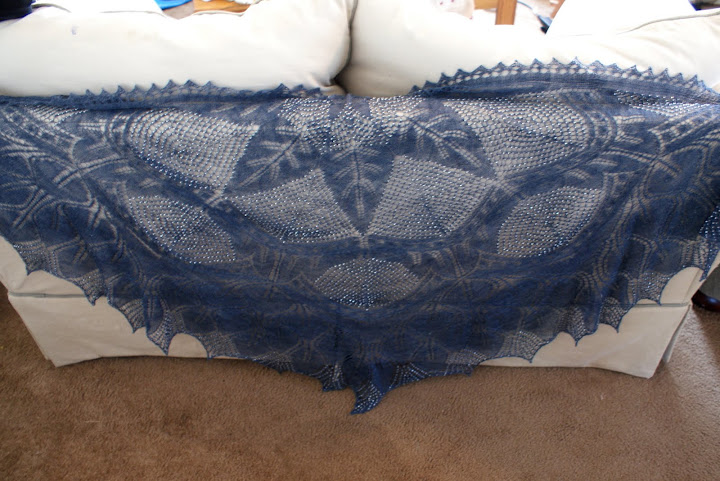 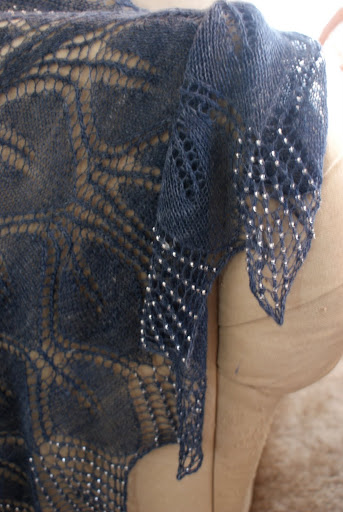 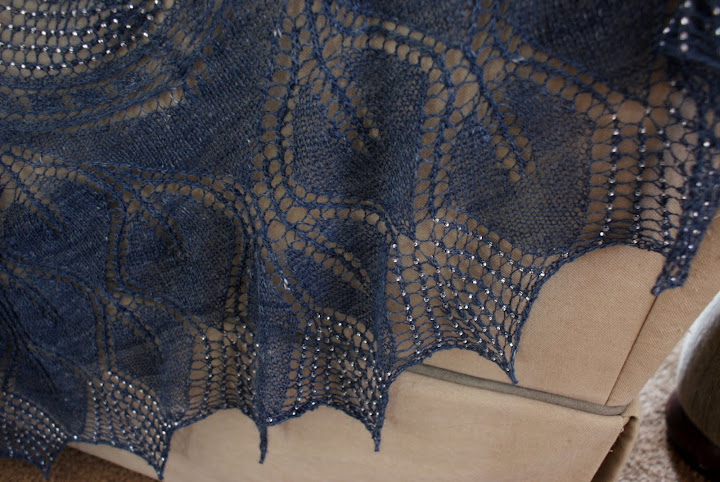 Pattern Review: “In Dreams” is yet another Susan Pandorf masterpiece; she manages to create the most epic and glorious lace projects imaginable. Her experiment this time was to create a (semi-)circular pattern that incorporated the increases into the pattern, rather than breaking the pattern into sections like a Pi shawl. (Evenstar was of this ilk.) The problem with such an experiment is that it’s very difficult to get the math just right, so you don’t end up with the fabric pulling in weird places and distorting the shapes.

I think she more or less succeeded, though you can see the middle section is fairly distorted. I’m still not a huge fan of the giant beaded blobs that i think were supposed to be diamonds, but being mostly open work, they got pulled out of shape by the relatively tight leaves on their borders. I am a little worried those blobs will tend to sag out like so many giant beaded bra cups, but as long as I keep it carefully folded (and don’t do something dumb like store it hanging) it shouldn’t be a problem.

That critique made, it’s still an incredible piece of work. Bravo to Susan. She’s a huge inspiration to me as a designer right now, both in her creative vision and in the way she works with her customers as an individually-run small business. It’s neat to be a part of a project as big as the 3-year Lord of the Rings series, even if I mostly just do the KALs for now. 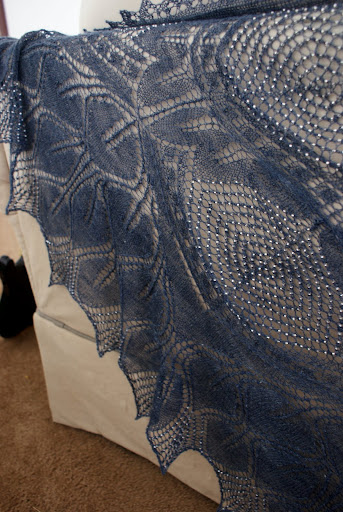 I imagine wearing this shawl to an elegant soiree, over a tea-length baby-blue satin dress. I don’t know the next time I will go to a party like that, but until then I will be wearing it in my dreams. 😉