We are all anticipation right now: gifts are half wrapped, projects half assembled, tree decorating, gingerbread house not. There’s a lot of joyous bustling still to be done, and you do not wish to know the state of my floors. However, in the interest of staying present and taking a break from the chaos, let me show you something pretty I finished a few weeks ago.

N needed mitts. I made her a pair two years ago that she wore until the seams were threatening to explode. Beside that, the child has lengthened so much that the mitts only came halfway down her palms! Warm, large sealskin mitts for her were at the top of my sewing list for this fall.

The design evolved thusly: her favorite color is blue. I didn’t have enough blue sealskin left (from my hat which was stolen, sniff) for a whole pair, but I probably had enough for a sort of two-tone look. Two halves in different colors just makes one extra seam per mitt, right?

N and I discussed the design, and she liked the half-and-half idea. My friend Lis has mitts with a diamond on the back, so why not add a little feature at the seam? When I offered this to N, she said, “I want a heart on it!”

That was when I balked. I have never pieced anything in my life, but even I know that curved lines are not the easiest. Sure enough, when I brought up the design to my Monday night ladies, I got a chorus of “Wow. Good luck with that!”

But, as usually happens, my Anaananguaq said, “come over and I’ll help you.”

This was the end result of our labours. I had already cut the big mitt pieces. After much discussion, she drew a little heart pattern, cut it in half, and cut out the pieces. It was a very logical, straightforward process, but she put such thought, attention, and precision to every step she made that she never had to repeat anything. That’s usually my trouble: I have the knack, but (either from rushing or an underslept brain) I can’t bring the attention to bear to avoid messing up my sewing. That on top of the most important ingredient: experience.

I found a couple of hours to piece the backs together and found it really fun. They’re such tiny seams that they go quickly even if you take your time. 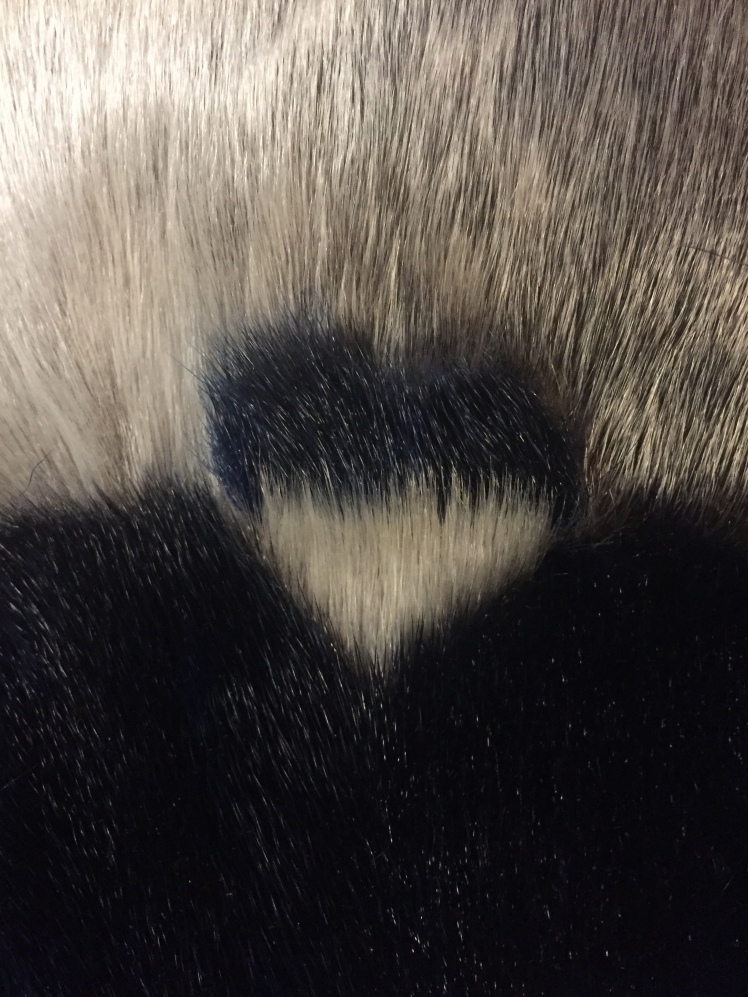 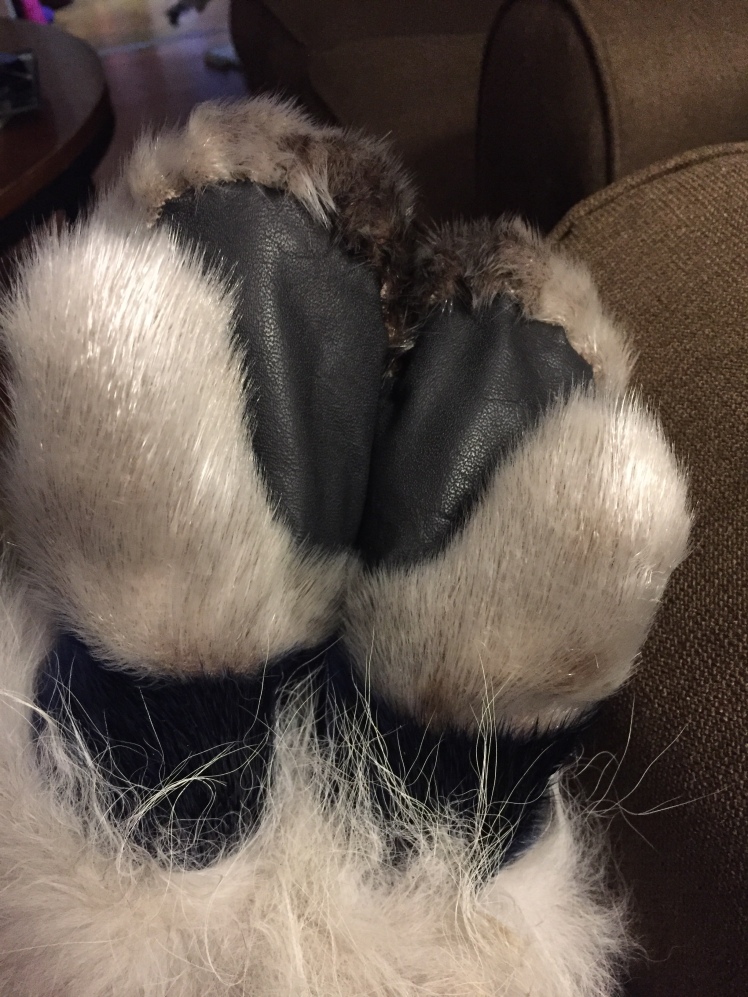 They came together smoothly the rest of the way. I still can’t get the thumbs perfectly straight, but my fingertip gathers are improving. I finally found faux fleece for a lining, and I think the overall effect with a bit of coyote for a cuff is rather nice.

They’re big on N yet. It’s hard for her to carry or hold anything in them. And the cuffs seem to conflict with the cuffs of her coat; we haven’t quite figured that out yet. Anyway, I sure hope she takes good enough care of them that she can grow into them and pass them on!