Naomi and I were picking through the yarn chest one day, looking for I know not what. She was asking about this and that yarn, and I was telling her what I had planned for them. “I’d hoped to make a sweater for myself with those, but I don’t know which one… I wound that up, but couldn’t find a pattern…” “when are you going to make these mama?” “I don’t know. Soon, I hope.”

She hands me a dark grey skein and says, “Here. You should knit yourself a sweater with this. I’ll help you wind it.”

After swatching and blocking and hemming and hawing, I cast on the Draper Vest. It’s the first pattern in Amy Herzog’s book Fit to Flatter. This unusual yarn knits up to a wirey, hairy fabric that I hope will hang nicely after a fierce blocking. 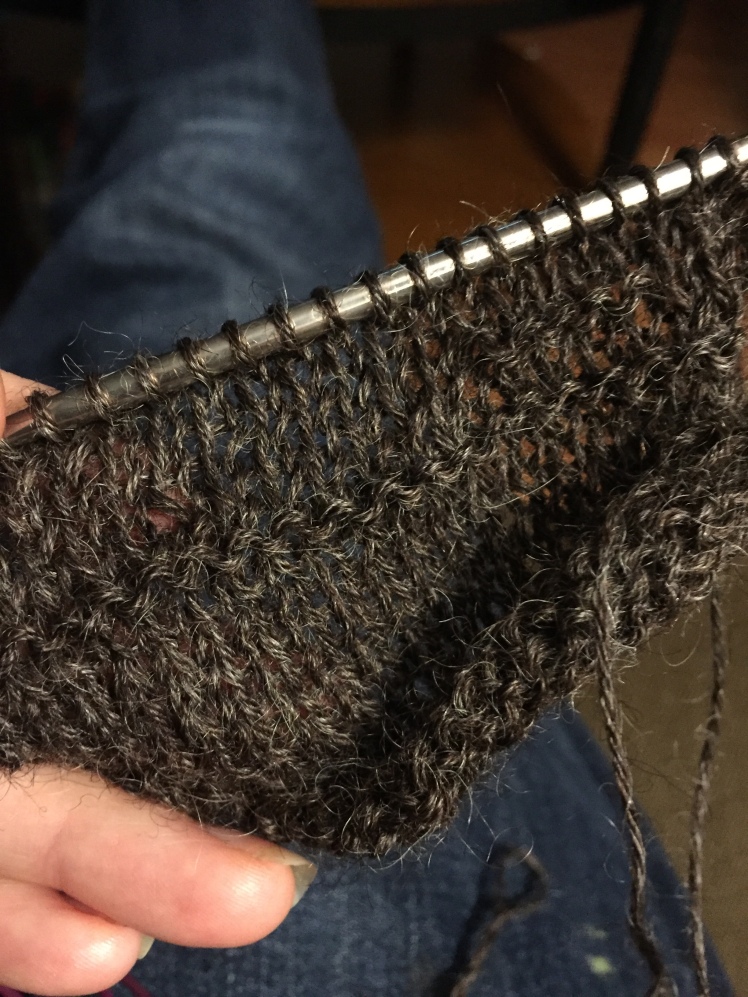 I retook pictures, and had recently redone my measurements with a friend, and so determined I could work a size (which I will keep to myself) as written.

And I’ve been happily tootling away on it ever since. I needed a mindless stockinette project while I’ve been reading feverishly and pondering many ideas. 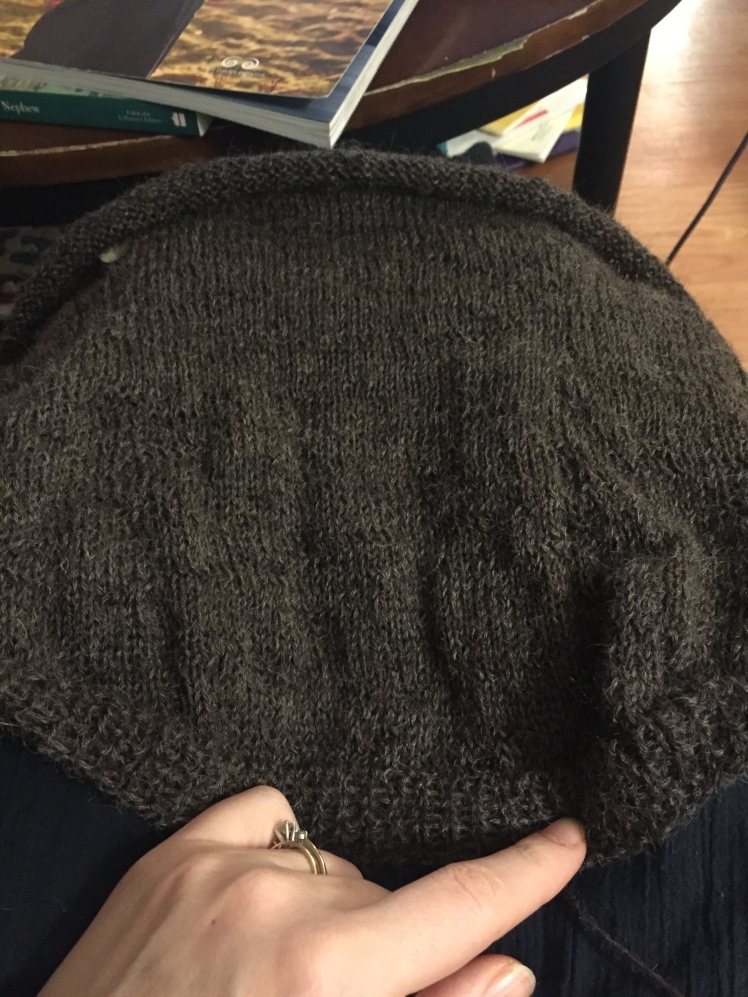 So here is, becoming Draper. If there’s a lot left, maybe I’ll add something of sleeves. I wonder if those two chaps are still farming? I wonder if the sheep and goats so lovingly named on the yarn label (Rocky, Tulip, Lilac, and Obama) are still with us? Maybe I’ll go hunt them up.

Turns out a five-year-old sometimes can give good advice.