Okay, I will share with you one bit of utterly superfluous culinary fun. Advent is quite the season for fun saints’ holidays, which the Catholic and Catholic-lite among us will gleefully use as an excuse to make vaguely appropriate holiday-themed sweets. I wanted to make every single St. Nicholas cookie, and was dying for some sweet rolls on St. Lucia’s day, but given my dietary limitations, it would have been even more of a headache than an indulgence. (At least St. Ambrose day is easily celebrated by singing the many hymns attributed to him in our Hymnal 1982. Because Ambrose is awesome. He don’t need no cookies.)

But I couldn’t hold back for stir-up Sunday.

Stir-up Sunday is so named for the collect* that belongs to Advent 3. Here it is from the current Episcopal prayer book:

“Stir up your power, O Lord, and with great might come among us; and because we are sorely hindered by our sins, let your bountiful grace and mercy speedily help and deliver us; through Jesus Christ our Lord, to whom, with you and the Holy Spirit, be honor and glory, now and forever. Amen.”

*Don’t know what a collect is? It’s pronounced “CALL-ect” for starters, and it’s a special little form of prayer that takes a Scripture (or a Scriptural idea) and turns it into a petition and praise. There’s one for every Sunday of the year, and for special holidays, and for particular needs, and for days remembering holy people, and more. One of my favorite parts of doing a truncated Morning Prayer service with Naomi every day is that we pray that collect for that Sunday all throughout the week. The form takes a bit of getting used to, so that repetition helps us dig into the many facets in the prayer. It’s praying the Bible, with the ancient church, our local church, and the church around the world.

And somehow, this particular collect leads to pudding. 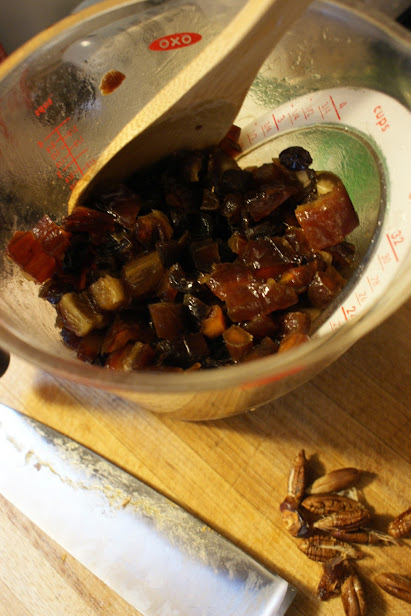 Apparently, it’s some kind of tradition to make a plum pudding on Stir-up Sunday. Because you have everyone in the family give the pudding a stir, and then it’s good luck for the year. Okay, so that is taking something deep and beautiful and quite nearly turning it into a silly superstition. But I think it’s hilarious. And so British. And therefore, by extension, so Anglican! (Though funnily enough, I heard about the tradition from Catholics. The RCC has a similar collect on Advent 1. It’s gotta be of English origin, though. I mean, plum pudding.)

I was really convinced to do it when I ran across this recipe for paleo chocolate plum pudding. By mere coincidence, I had most of the ingredients (even the weird dried fruits and coconut milk) around. And the only weird flour it called for was coconut flour, one of the cheaper weird flours, so I got me some on Amazon. I was nearly flummoxed by the cacao butter, which was way out of my price range, but in the end I just subbed chocolate chips for it. Not actually being paleo has advantages. And I subbed lard, which I rendered last week, for some of the coconut oil when I ran out. 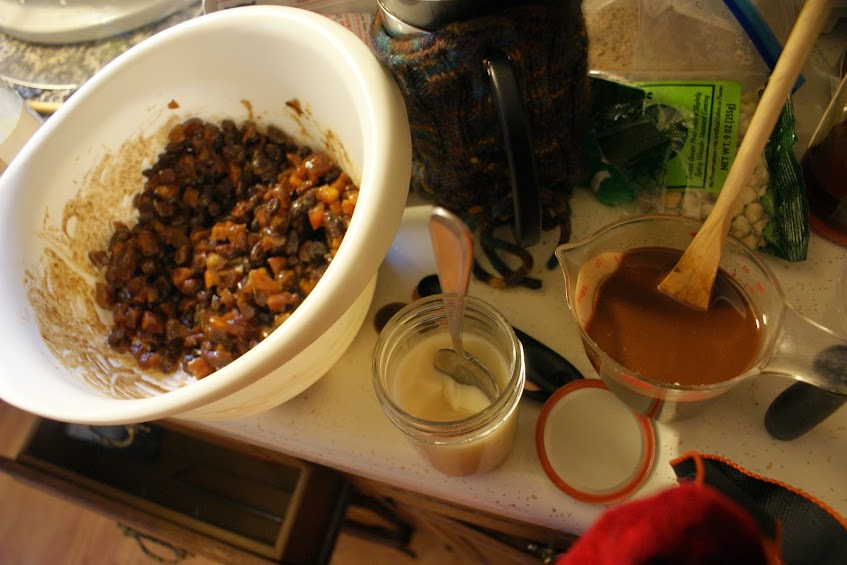 Fun fact: there are no plums involved in plum pudding. But there are loads of other odd traditions associated with plum puddings. 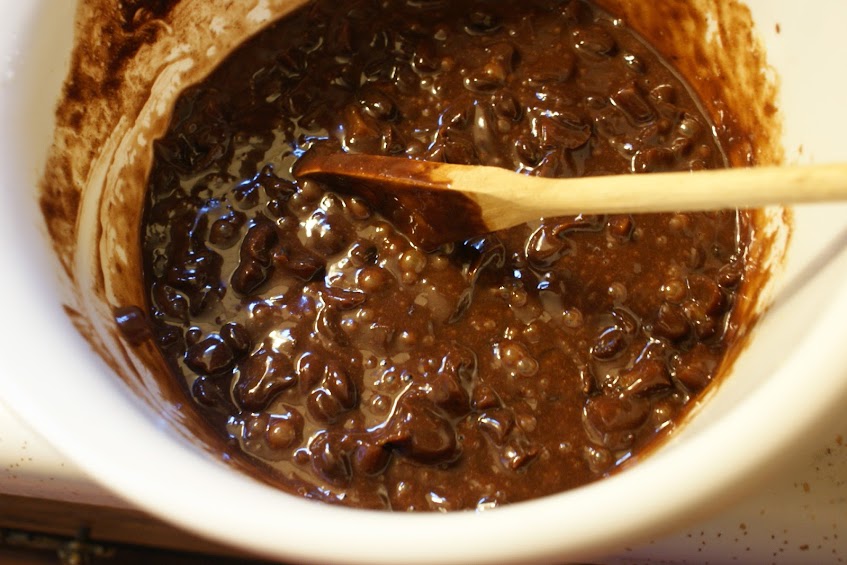 Naomi was less than enthused about contributing her stir. She is clearly too high-minded for such superstitious nonsense. 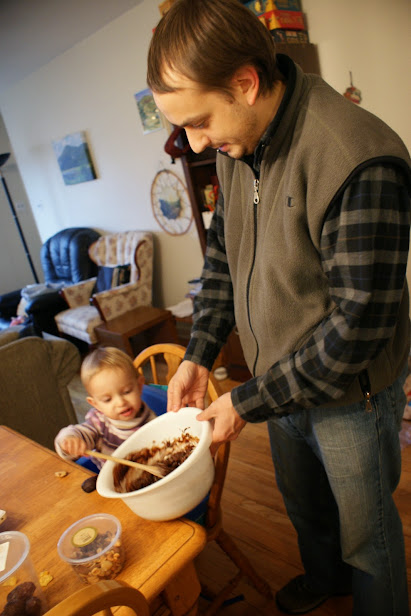 For once in my life, I was actually glad that our muffin tin is silicone. Because it *just fit* into our 11×17 pyrex, enough to get the water high enough to steam the things. 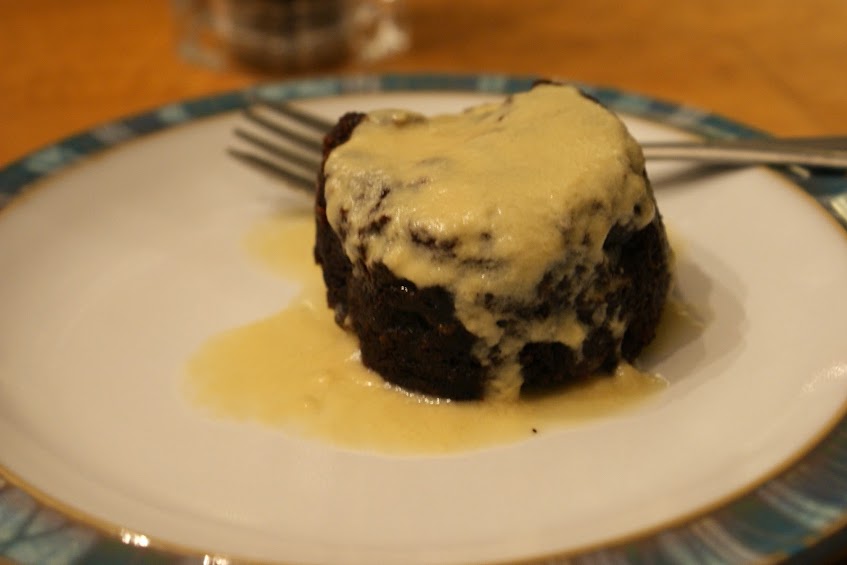 So I’m no food photographer, but the family verdict was: so delicious. Rich and fruity and sweet and chock full of boozy fruit bits. We made enough to share, but have just been doling them out to ourselves through the week. Then every night after dinner we pray the collect again. “Stir up thy might” indeed, oh Lord, for “we are sorely hindered by our sins”… possibly including selfishness, inspired by chocolate plum pudding.

One thought on “Stir Up thy Plum Pudding”