Meet “Pat”: a little tiny blurry blob whose name will be Osborn. 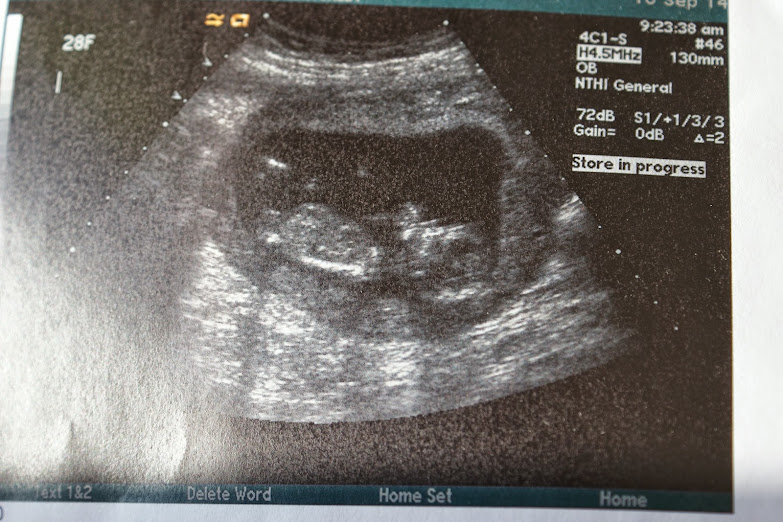 We found out “Pat” (not his/her actual future name) was coming right before my last week of CPE started, though we suspected for a few weeks before that. (Aren’t you glad you didn’t have to listen to me whine and stress through all that drama? Many blessings on my CPE group who did.)

Pat, I thought, would be due on St. Patrick’s Day, hence the nickname. Turns out my calculating formula was off by a week, so probable actual due date is more like March 24. We had a dating ultrasound done (hence the pictures), but at my last visit the midwives hadn’t received the results, so we still don’t have an official EDD. We’re having the anatomy ultrasound in two weeks – which is before the next time I’ll see the midwives – so we will know this child’s gender before we know his or her due date. This strikes me as hilarious somehow. Not like I care about due dates; they’re too much pressure in my opinion. I just like to use the date to pick a nickname. So I’ve stopped fussing and stuck with Pat. 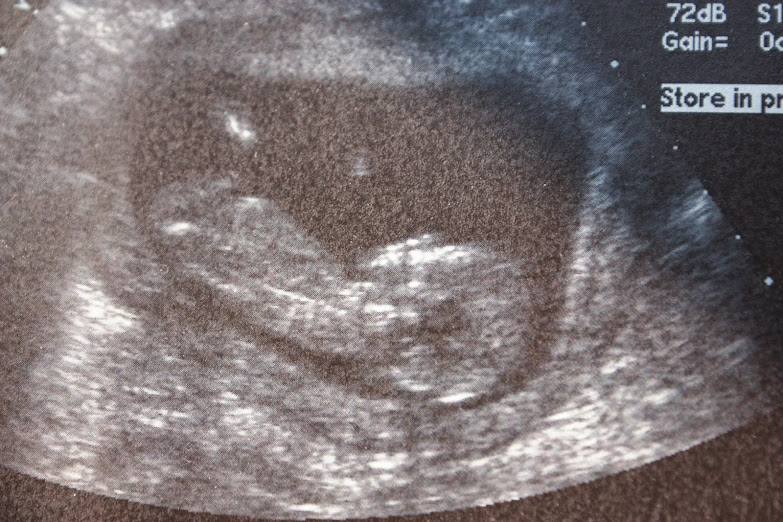 At only seventeen weeks old, this poor child is already suffering from second-child neglect. I’m too busy to obsess over every movement, I’m generally too healthy to feel very sick very often, and half the time I don’t even remember I’m pregnant until my maternity pants start to fall down again.

The poor child hasn’t even had anything knit for them yet. But that, at least, will be remedied very soon.

My next project will be a colorful sweater for Wee Osborn the Next. (That is, after I get one more UFO out of the basket. It’s looking good for the colorful garter stitch shawl, if you want to know.) It’s an extremely simple baby pullover, yarn and pattern bought at Yarns Unlimited during the yarn crawl, made exciting by the addition of stripes.

The only trouble is, I can’t seem to decide what order to put the stripes in. I tried to pick gender-neutral-ish colors, but I have the feeling that the order I put them in will affect whether it feels more girl-ish or boy-ish. It’s top-down, and whatever colors come early on in the sequence will look slightly more dominant. Plus, I just can’t tell what I like the best. 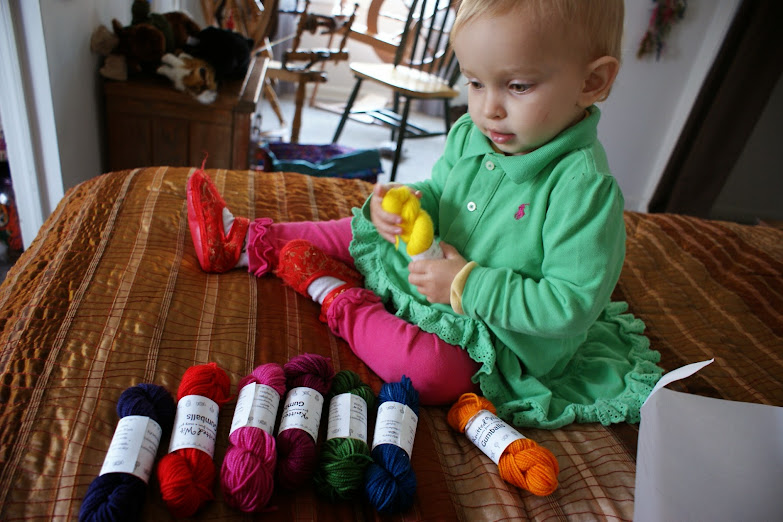 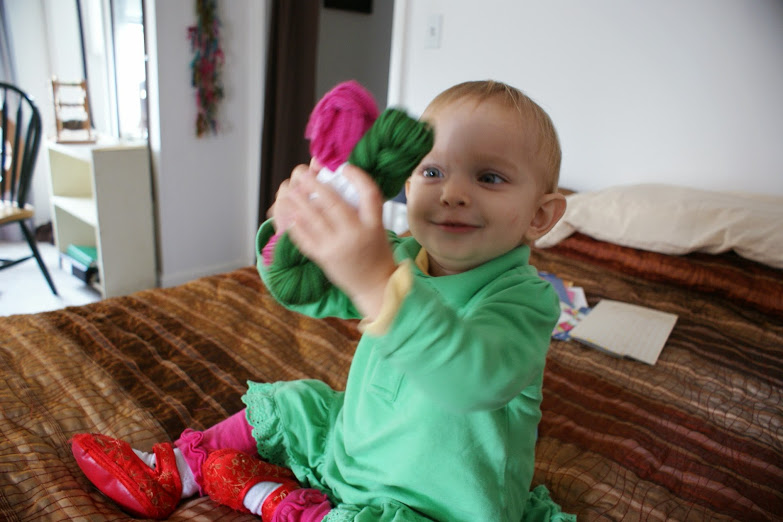 See what you think.

As for me, when I see a bunch of colors like this, I always, always default to rainbows. I just can’t help it. I love rainbows. And this wouldn’t be terrible, aside from the fact that Pat might look dressed for the Pride Parade. Unless I started on the purple end, with an upside-down rainbow, which would definitely be girlier. 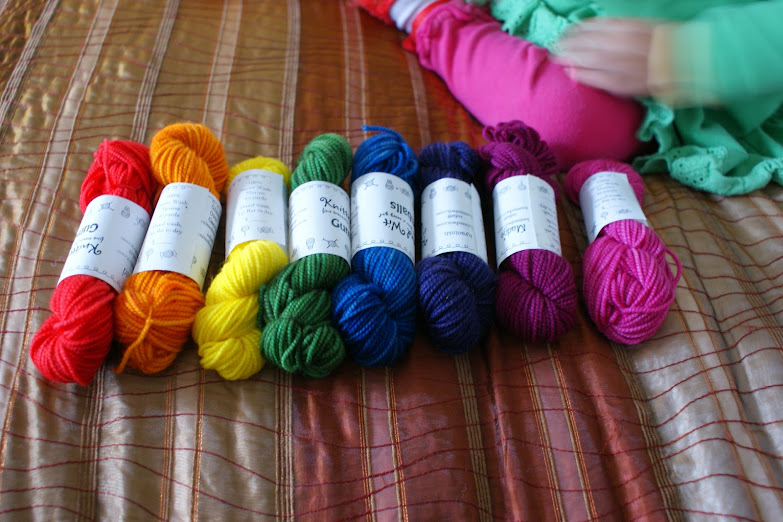 So we tried shifting the rainbow. How about red in the middle? Starting from the left end for a girl, right end for a boy. 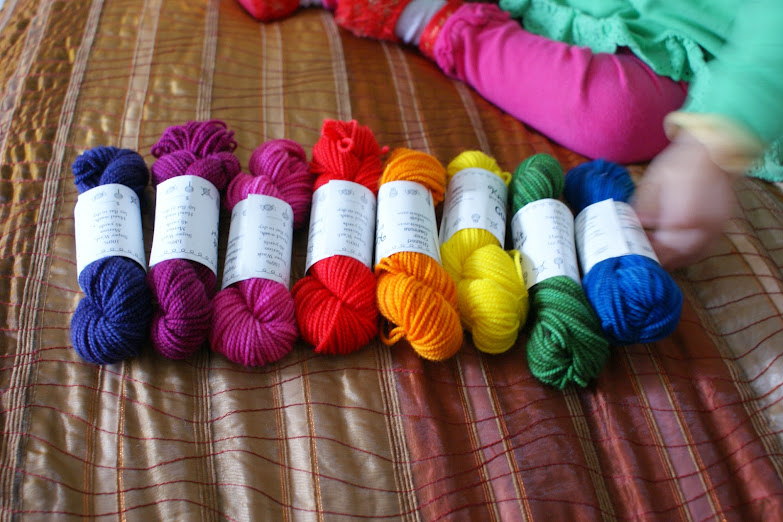 Or purple in the middle? Could start at either end for either gender, though the yellow end would be more cheerful. 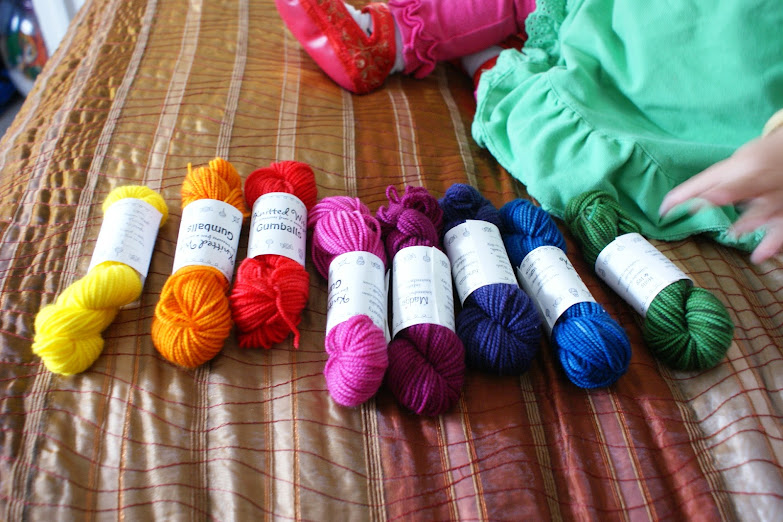 Still feeling indecisive. Nothing is saying “yes, this is right!” So we tried mixing it up a little bit more. 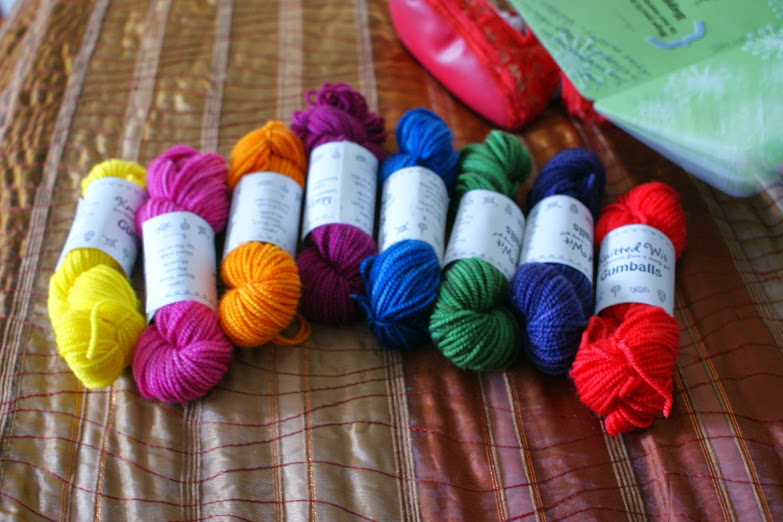 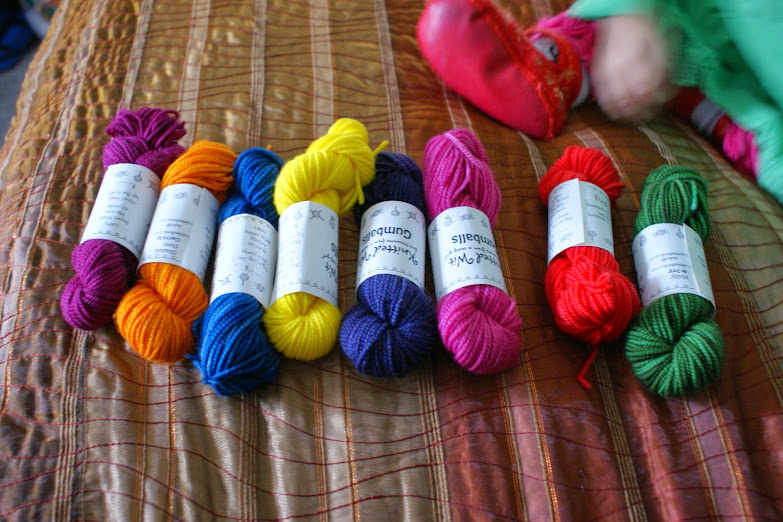 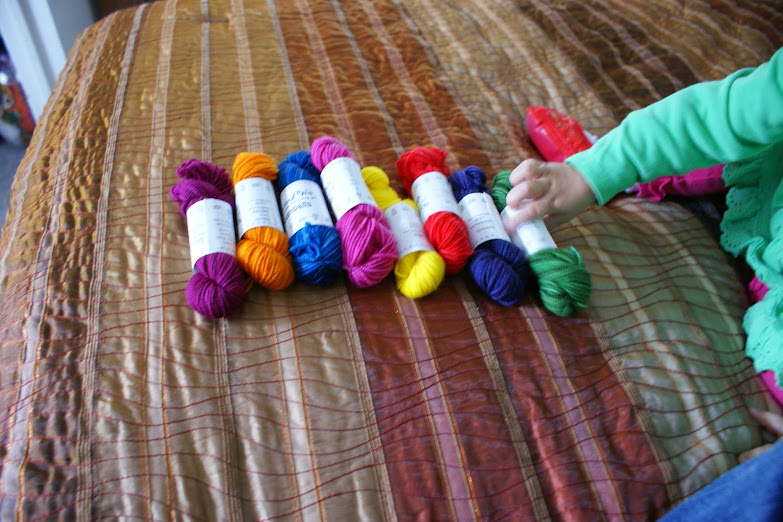 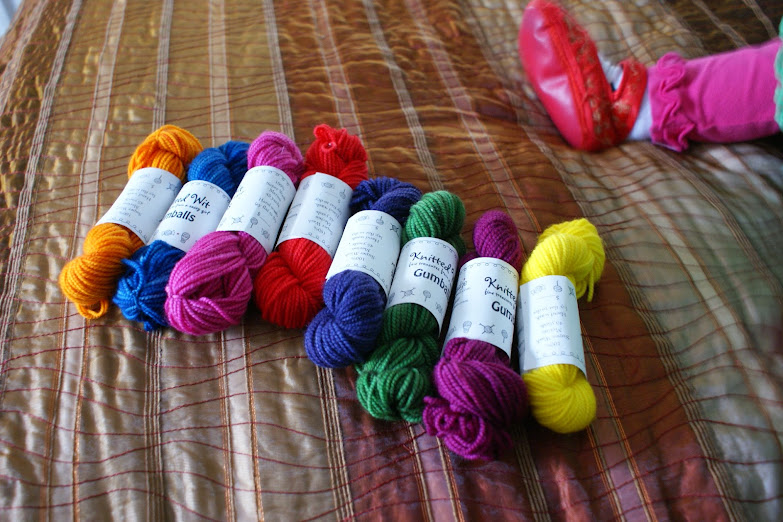 There. That looks quite balanced, interestingly. I kinda like it. 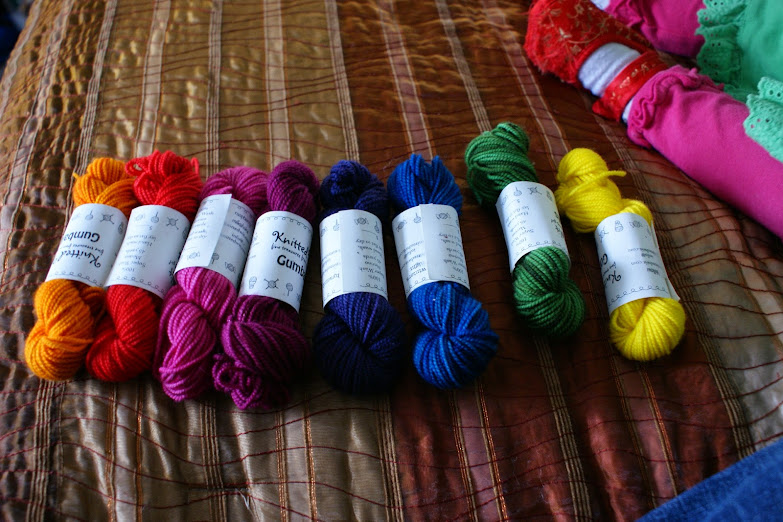 Oops, we’re back to rainbows again.

Anatomy ultrasound is a week from Tuesday. Of course, if something gets bound off in the meantime, I might not be able to wait to cast on ’till then…