From Grove City, we drove due south for about an hour and a half, shooting straight past home down to Bridgeville. Our destination was Kid Ewe Knot – a name that must win some sort of record for pun density. 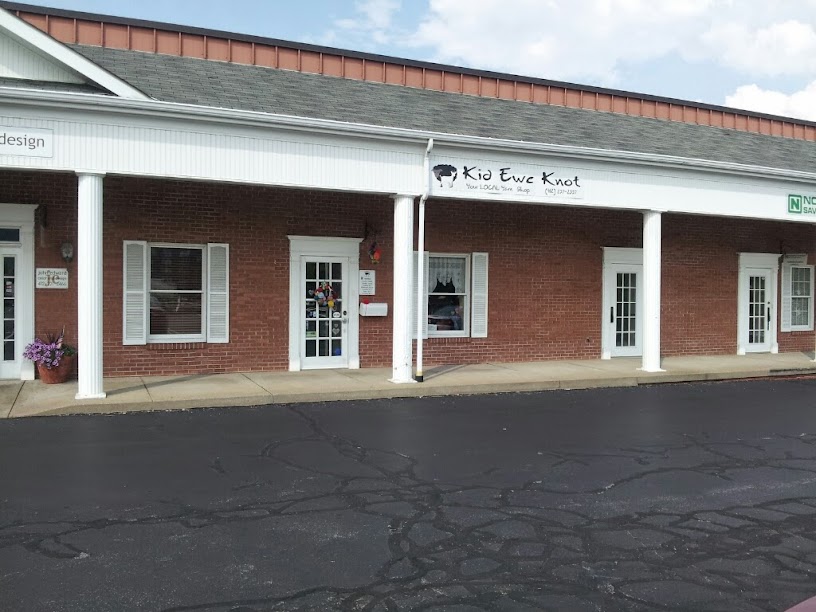 KEK was tucked in a shopping center away from any main roads, so I didn’t get much of a town-from-the-door shot. Still, Bridgeville is unobjectionable in a town-south-of-Pittsburgh sort of way. I know so little about it, and we were in such a rush at this point! We stopped at a gas station. I went bowling somewhere in town once. I think the KEK parking lot hosts a farmers’ market.

But once you got in the door, wow! Kid Ewe Knot was brightly lit, open, and tastefully arranged. They had their own yarn and roving, which was dyed for the shop specially. The proprietor was energetic and kind, making keeping the store open as long as we wanted to browse. (We got there a half hour before the store was scheduled to close, and we were by no means the last ones to arrive.) 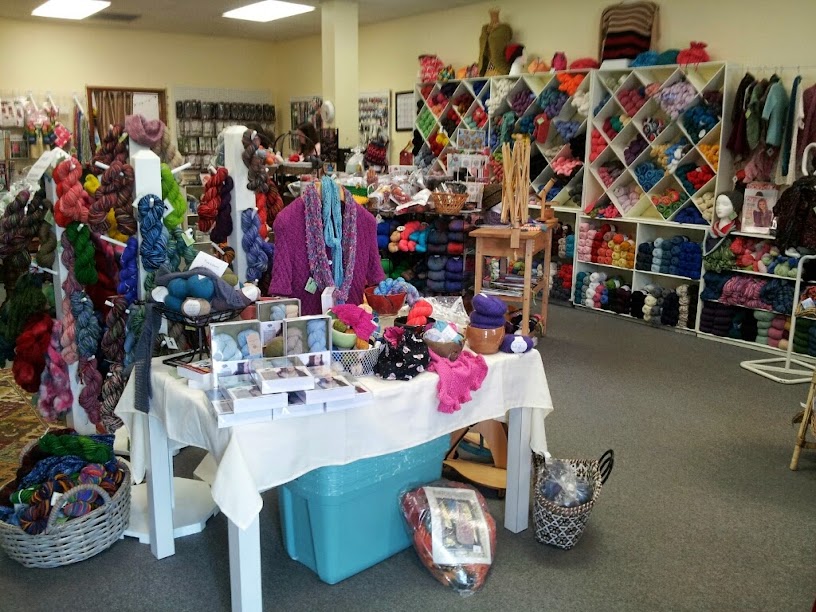 They had several things I hadn’t seen around, including a trunk show for Blue Heron, and a lot of HiKoo. Mom fell hard for HiKoo Kenzie, which was quite reasonably priced. Someone in our family will be getting an excellent sweater from that. There were so many things I wanted to buy there, but I had already spent so much that day that I couldn’t settle on anything. So I just got a ball of off-white Galway which I knew I needed to make Naomi’s flower girl soaker. 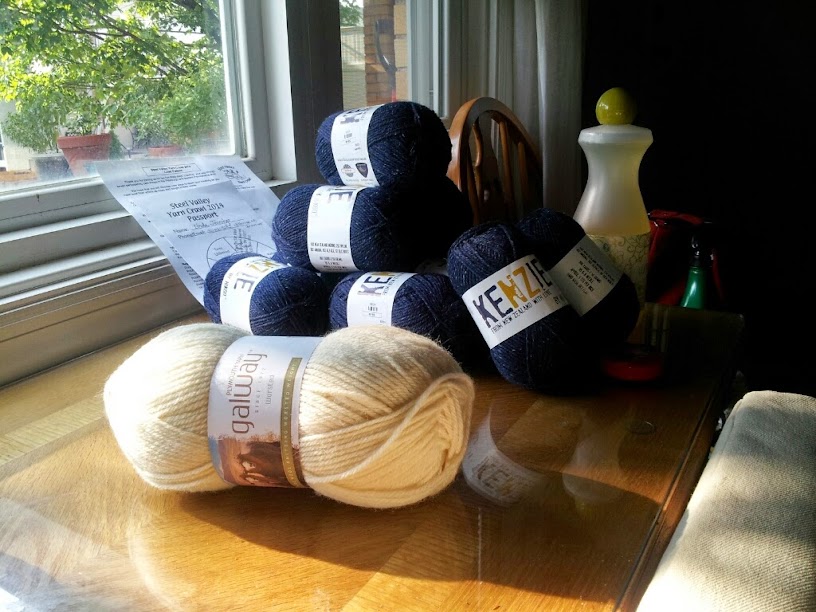 KWK’s contribution to the cowl took the project in a very different direction. I am not sure how to categorize this stitch except as a slip stitch pattern; there were many M1s and pssos. The resulting fabric was extremely contracted compared to the rest of the piece, so I was very glad this stripe would be right in the middle of the cowl. It will add some interesting shape, which will hopefully make up for the fact that it was kind of annoying to do. 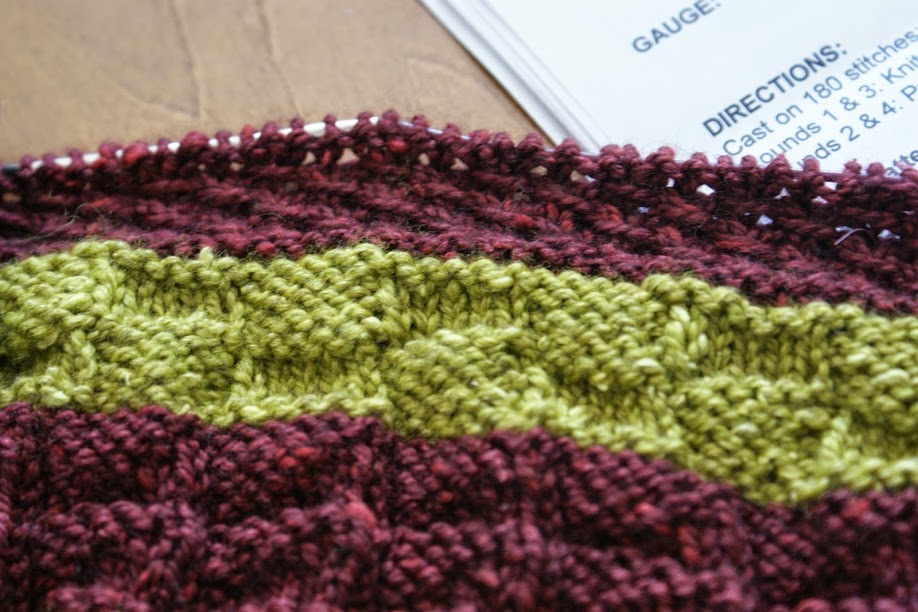 Here ends our Friday’s excursion, but not the crawl as a whole! Tune in tomorrow for a re-visit to my home store…