After Ross Township, we had to drop Bethany off at a class she had in Sewickley, then we turned around and headed north. About an hour north, in fact, to the fine town of Grove City. As hoped, the nugget fell asleep on the way up. This had the advantage of giving us more time on the crawl, and the disadvantage that we had to shop in shifts. 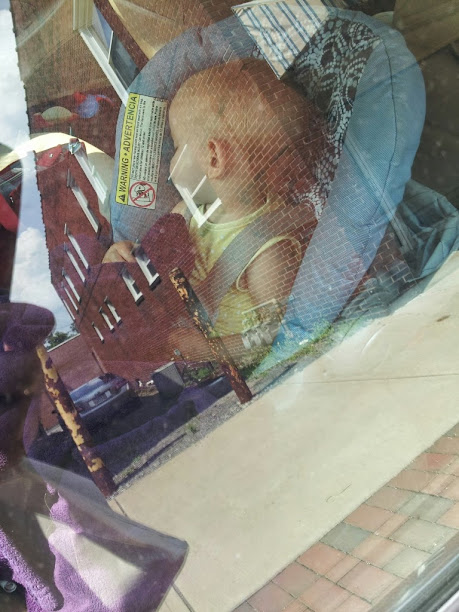 Our destination was Wolf Creek Yarns (no website), in a fine store front in this little old college town. 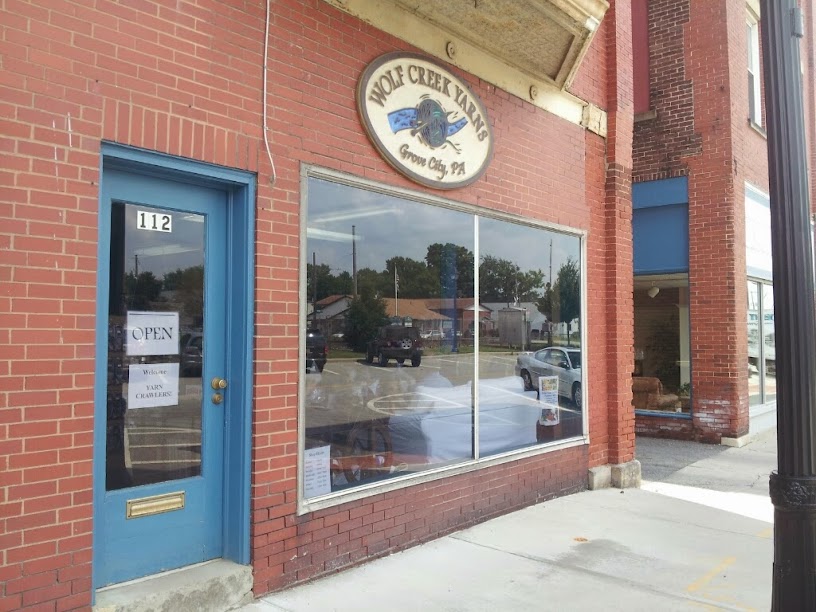 Wolf Creek was… sizeable. The place just kept going. You can see about half the shop in this picture; there were two more rooms full of yarn to the right of where I was standing. The rooms were small, so it felt a little cramped, but there was just a lot there. New stuff, old stuff, in all weights. I found the layout sort of overwhelming; I don’t feel like I got a good idea of what was there. But we were also in a little bit of a hurry at that point; we wanted to fit one more shop in on our ridiculous Friday. 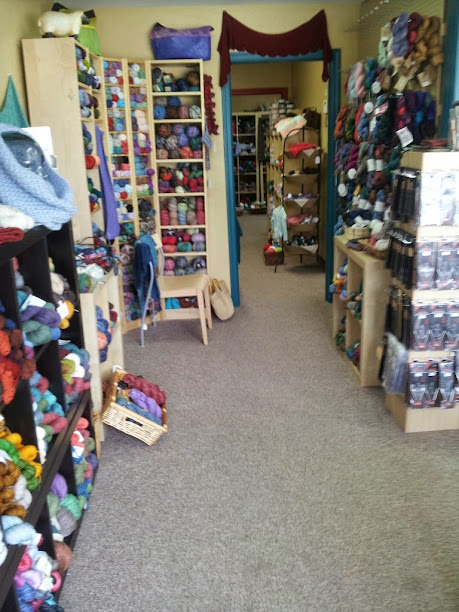 I wondered aloud in the store what it would be like to be located so close to a school. Someone at the shop volunteered that the students don’t come in too much, and when they do, they are downright boring. This gave me a good laugh at the expense of conservative Christian youth in general, and Presbyterian stereotypes specifically. Though to be fair, I must disclose that during most of my college knitting years, I held the firm belief that there was no reason I should ever need to knit with anything more expensive than Red Heart Super Saver, and I was no good at all to the local yarn shop in Berwyn.

I fell hard for a new yarn from the Fiber Company, a merino/baby alpaca/silk blend called Acadia. Looking at their scrumptious natural colors, an idea popped into my head. As you can probably guess, that idea was to make the crawl cowl in two colors. One of each would leave me with just enough to eke out the seven stripes, if I was careful.

Mom sprang for two natural colors of sock yarn for something she is working on now. I have reason to keep the details of this project a secret. 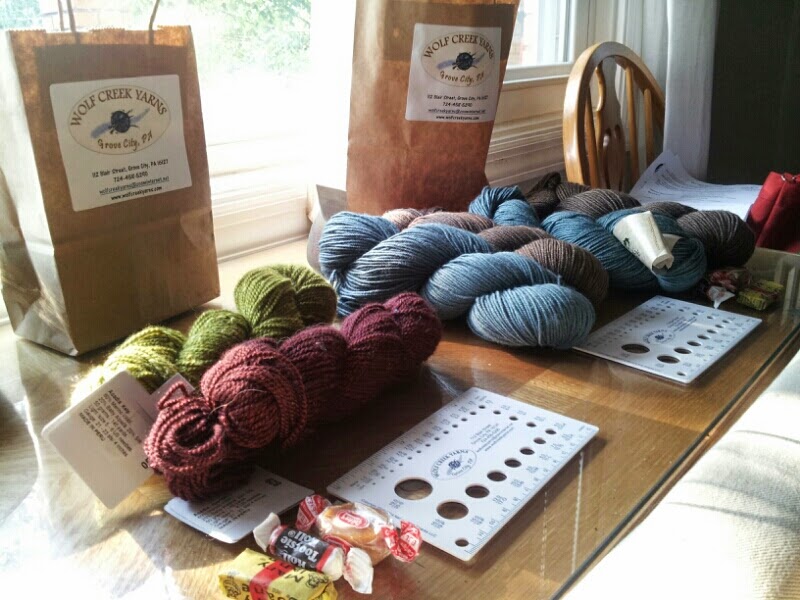 We came away from every store with goodies, but WCY had a straight-up goodie bag. With candy in it, and a handy needle gauge, and a coupon ready for use at a local coffee shop down the street. This became a perfect excuse to explore the town a little more. 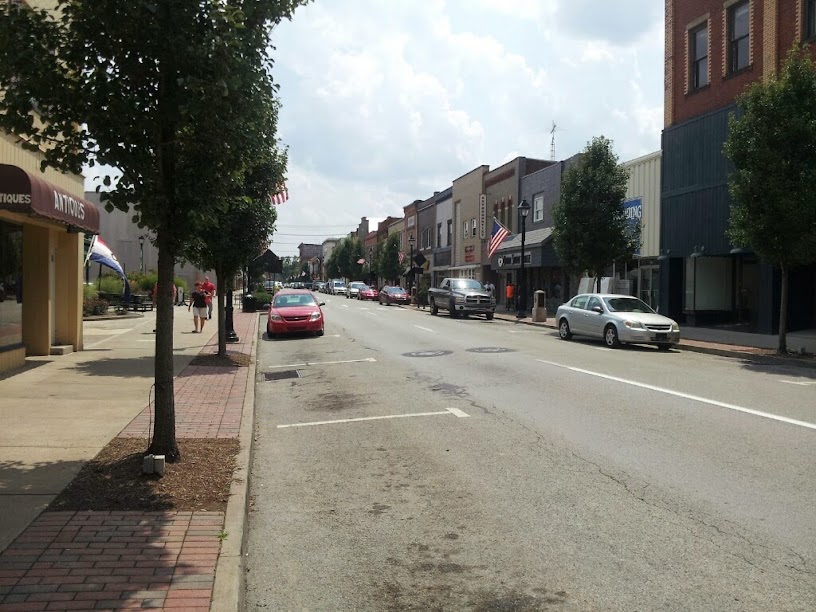 Grove City is a sort of classic PA college town, from what I can tell. Grove City, a small Christian college, made it on the long list of colleges for me to look at, but it didn’t have any majors I was that interested in, so we never visited. Twelve years later, all that I remember was that they offered to give you a laptop as a freshman… a perk that my dad was quick to point out, is not actually free, but almost certainly worked into tuition. I ended up at a different small Christian college in a different little PA college town.

Still, Grove City was cute. It had a few antique shops I would have stopped at, had we more time. As it was, the spacious and rustic coffee shop was the perfect stop for a smoothie, once the peanut woke up from her nap. She approved heartily. 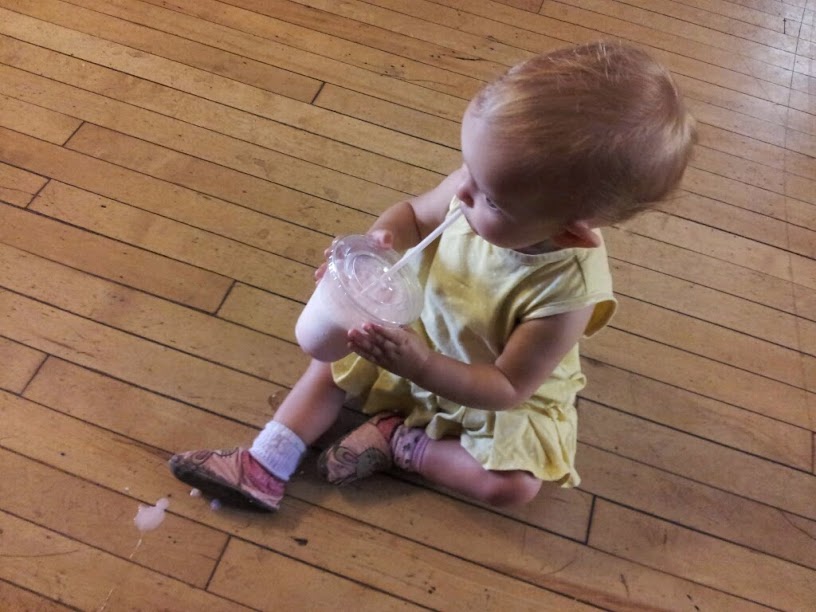 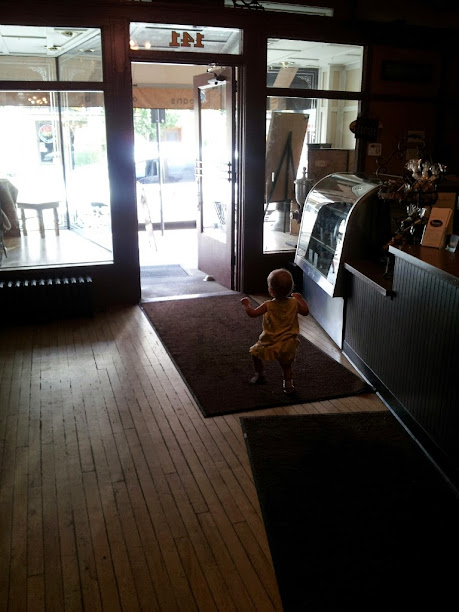 WCY contributed another reversible knit-and-purl pattern to the mix. I got through one full repeat before deciding to move on. It will be nice to have both of these reversible patterns near the top of the cowl, on that bit that inevitably flops open. You know what I mean? 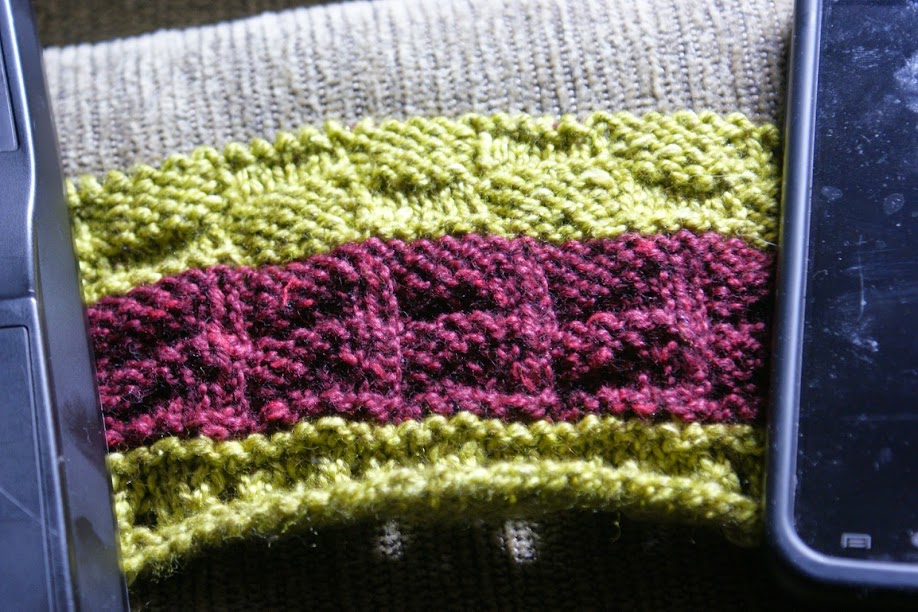 The next leg of our journey turned us around due south!