From Oakmont, we headed back west and north to a weird little corner of Ross Township. I’m not going to lie, I dislike Ross Twp and avoid going there. My first childhood home was right off Ritchie Highway in Alexandria, Virginia, and this is pretty much that, but a little crappier. 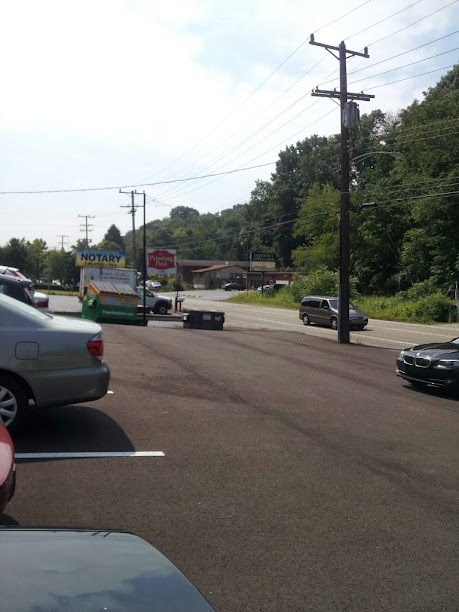 Still, this mecca of shopping and stoplights has tucked away a little treasure in a tiny strip mall on one of its main drags. (There’s also a sizable quilt store right next door, if you swing that way.) 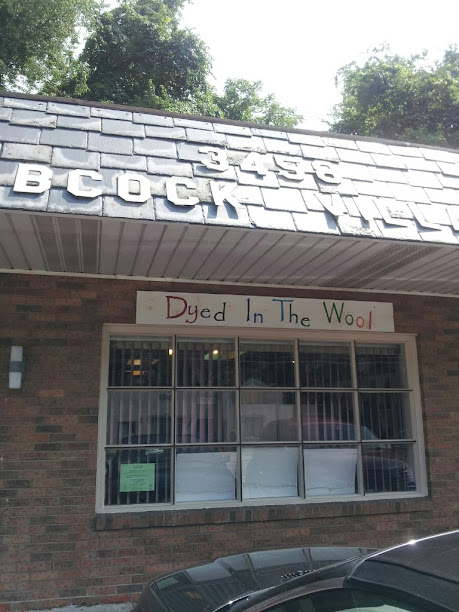 Dyed in the Wool is a tiny store, neat and charming, and jam-packed with goodies. For having such a small footprint, I found the selection to be unusual and varied. They had Habu, Alchemy Yarns of Transformation, a selection of roving and spinning supplies, and plenty of Rowan. And that was just what I noticed. They were having an apparently-weekly sit-and-knit while we were there. 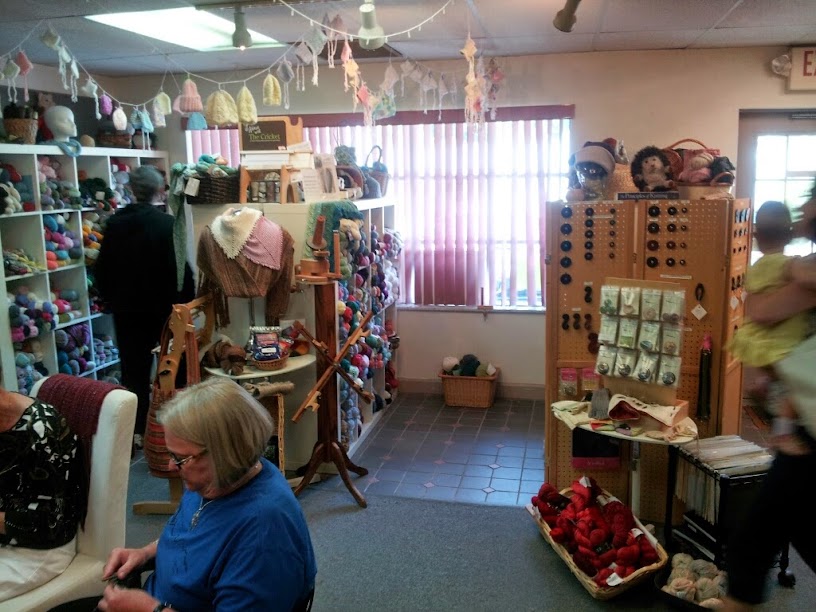 I couldn’t bring myself to buy the Alchemy Silken Straw, as badly as I wanted it, but I did walk away with two balls of Rowan Kidsilk Haze Glamour in a periwinkle that I found compelling at the time. Mom’s purchases were almost all motivated by Bethany, except for the pattern for a caterpillar made out of sock yarn that was on display at the store. Mom fell in love.

My littlest sister absolutely refuses to knit anything, but every now and then she talks my mom into buying her some yarn (usually in a blue family) to put in a basket for “artistic inspiration.” I think Mom should just sneak in there and steal a ball every now and then and knit her something for Christmas. 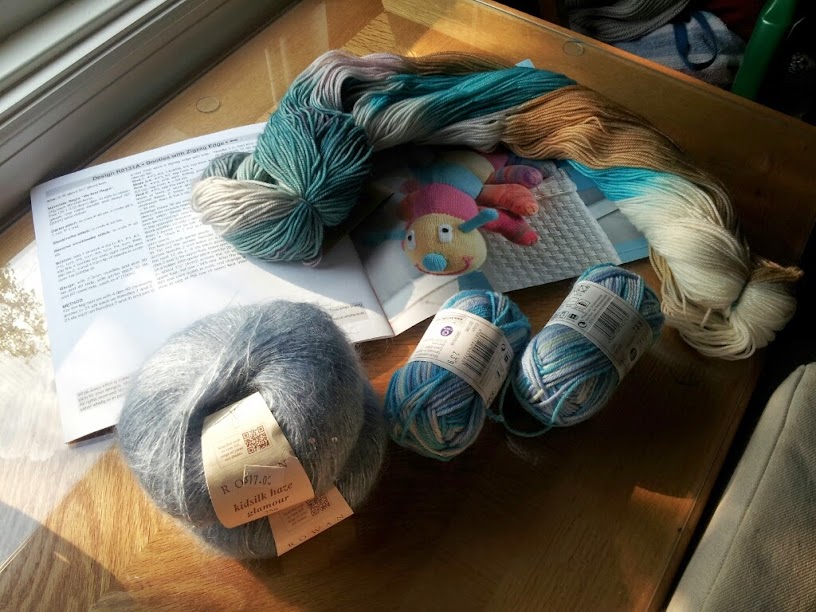 DitW’s contribution to the cowl pattern was a traditional Guernsey pattern of reversible triangles. According to the instructions, the choice reflects the owner’s heritage across the pond. It was fun and straight-forward, and I was able to get two repeats in. 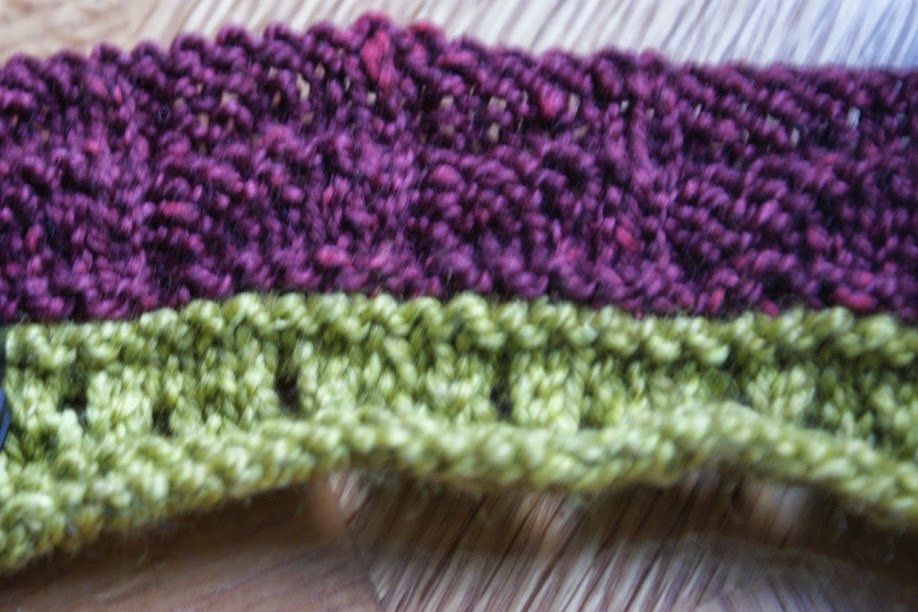 By now you are getting a glimpse of my plan. I was serious about the stripes!