Last time I did a project inventory, I made a little promise to myself. I will let myself start one new project for every two projects I finish. I am just overwhelmed by the number of projects I have on the needles right now (even though, for many people, nine projects is really not that bad). I would ultimately like to get down to 1 plain project, 1 complex project, and 1 spinning project, with exceptions made for work projects that have to be ongoing.

The next target on my list: June/August’s socks. These are Traveler’s Stockings from Nancy Bush’s Knitting on the Road. 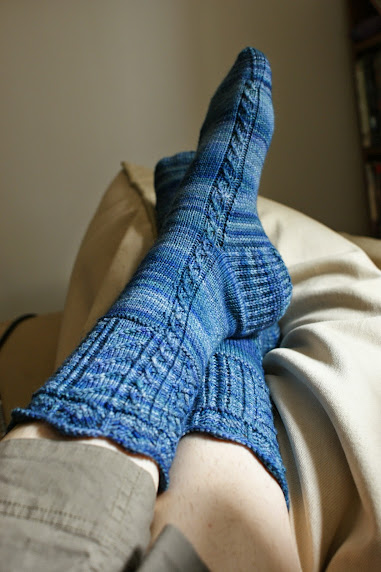 These socks and I were not going to be friends from the get-go. It really isn’t their fault; I started them when I just wasn’t in a mode for fine, complex work, and forced myself to continue to the point of resentment when I really didn’t have to. That’s my beef, and doesn’t mean the pattern isn’t brilliant and gorgeous. 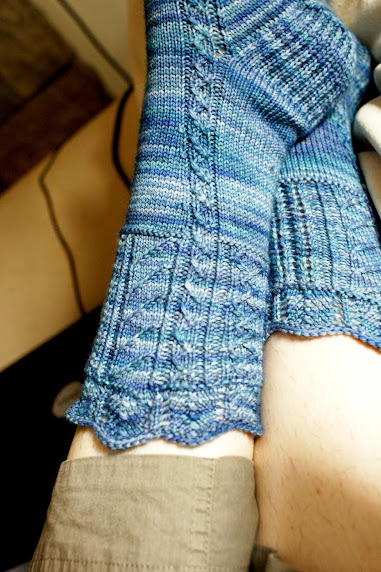 Pattern Review: The cuff is what really makes these shine. After a few rows of simple scalloped lace, no less than five traveling-stitch patterns surround the upper leg in a symmetrical pattern, each separated by a column of twisted stitches, completely different on the front and back. (I got a little confused as to where the leg decreases would end up, so I ended up switching the front and back. I don’t mind, and will just call my pair “unique.”) The front has a pair of herringbones, flanked by symmetrical spirals. 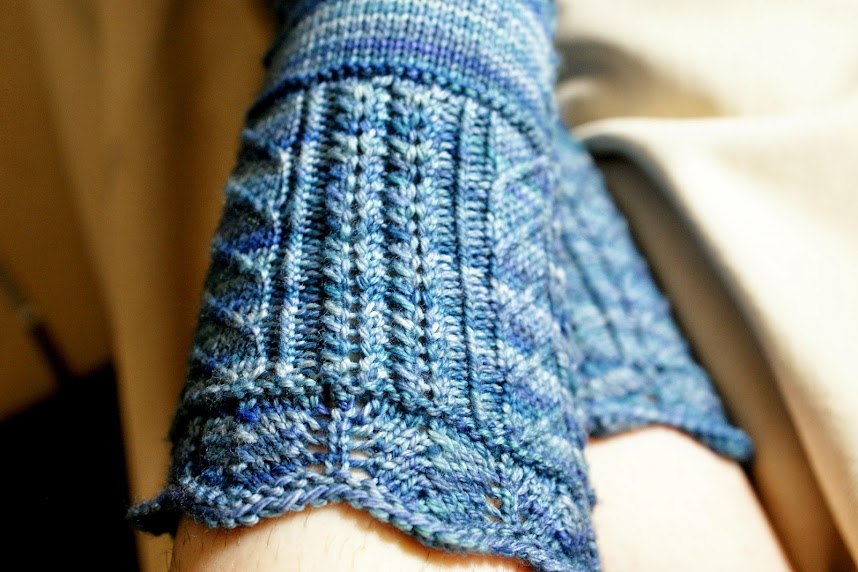 The back (it is remarkably difficult to get a picture of the back of one’s own leg) features two different sort of diamond patterns, a smaller in the middle with a more defined one each side. The heel was quite standard; I didn’t even bother checking the instructions on the toe since there’s only one kind that I like anymore. 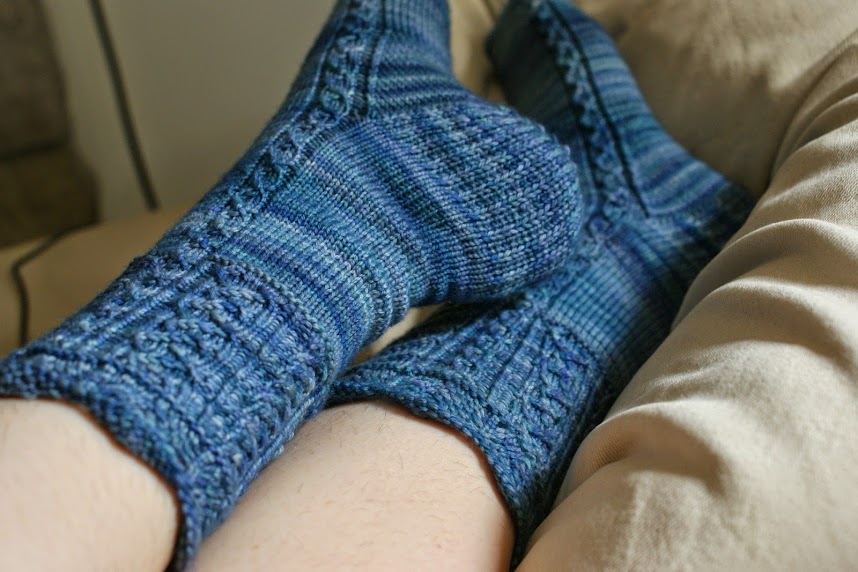 Yarn Review: I finally got to use Malabrigo Sock, a yarn I’d been observing from a distance for ages before finally buying a skein two springs ago in Florida. It’s plenty interesting to look at, without obscuring a detailed pattern like this one, with plenty of stitch definition. It was a little tight on US 1.5s, which made it hard on my poor wrists during the traveling stitches. (A more understandable reason why this project was less-than-the-funnest.) But, tight fabric makes for harder-wearing socks, so I wouldn’t call it a mistake.

And check this out! The yarn pools a good bit, which had me worried… but it pools the same way on both socks. Isn’t that wild, and a bit pleasing? 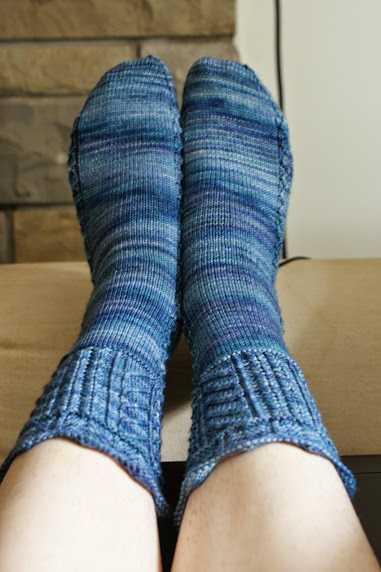 I like these socks a lot, now that I don’t have to knit them anymore. I think I will go more gently with the remaining pairs, if I can let myself.

Though, I confess, when I went to pick next month’s socks, and discovered I had not two but three pairs let to knit in this series, I almost cried. I’m no longer sure I’m going to make it.

Which is really okay. No one’s paying me to do this. Seriously, Rebecca.

2 thoughts on “Good Duckie Me”