Spinning is a gift to myself. Specifically, it’s a gift of time, to make something beautiful out of time that is not being shared with anything else. Since time is increasingly precious to me, it only makes sense to spin the most beautiful things that make me the most cheerful.  This merino/silk braid from Fiber Optics, in the obviously named colorway “St. Patrick’s Day,” was exactly what the therapist ordered. 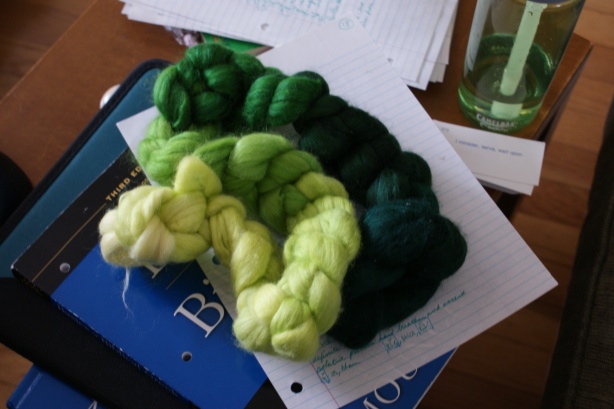 I believe I shared with you when I started it on Mother’s Day:

I was able to devote a little more time to it when Mom came to visit.

It took me a good while to finish the singles, especially since I made extra-sure not to rush through the end. (I like the dark green the best, and I tend to speed and under-spin the end of a spinning project).

The plying took a while too, because I didn’t have very large chunks of time, and it turned out to be harder than I expected. The single kept breaking, even though I thought I was pretty careful not to under-spin. It might have been where I reattached the fiber to re-start, which happened often enough, since the staple was rather short.

The whole thing is still a bit over-plied. I will have to work even harder next time to try to be consistent in both thickness and twist. And maybe next time I have to Navajo ply, I will actually look up how to do it. (I always say that, don’t I?) For now, feast your eyes on the pretty: 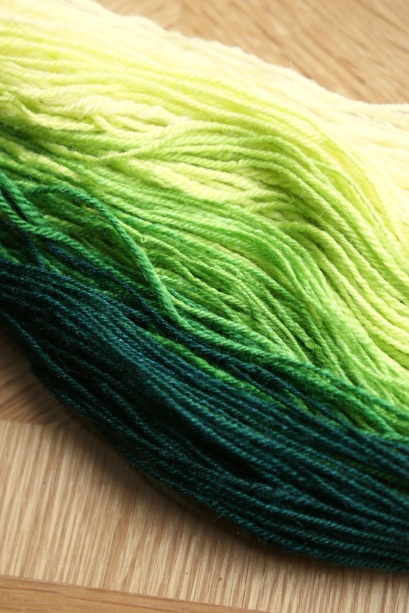 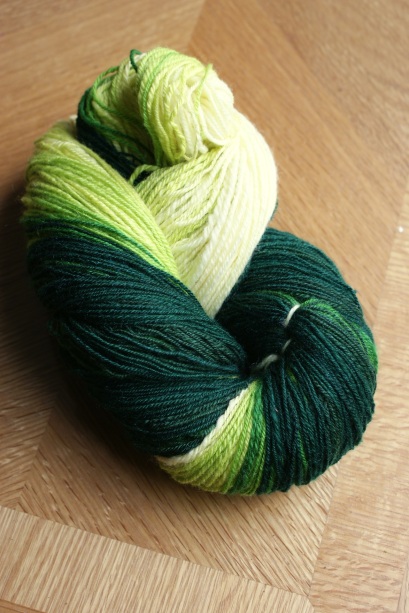 Now I must put my spinning wheel away for a while. The Sweater beckons, and it takes about as much concentration and immobility as spinning does, so if I want to finish it before the day-star turns red and dies, I will have to sacrifice my spinning time to The Sweater. But I have a little bowl of handspun on my windowsill, and it sits there as a reminder not to neglect this little hobby of pure self-love.