In 2010-11, I knit through Folk Socks by Nancy Bush. It was quite the journey around the world in terms of color, technique, and issues with gauge. Knitting through that book also followed me through a very tumultuous period, since I cast on the first pair just three months before we moved to seminary.

I took a break from socks for a long time, since producing my first pattern series and a surprising number of commissions was a veritable whirlwind. Now I’m taking a fairly significant break from the more professional side of my hobby, taking time to become a mom… and knit more socks.

Knitting on the Road is Nancy Bush’s second book of socks. Like the first, it has 17 patterns, with a good mix of styles, though all top-down. Unlike the first, most of these socks are entirely her own designs – Folk Socks reinterpreted patterns from a variety of extant socks from various cultures – though they are still inspired by her extensive travels, and associated with particular locations.

On January 1st, on the 8-hour drive from Columbia, SC back up to my parents’ house in Maryland, I began at the beginning. The first pattern in the book is called, quite simply, “Canada.” It starts out with a twist: 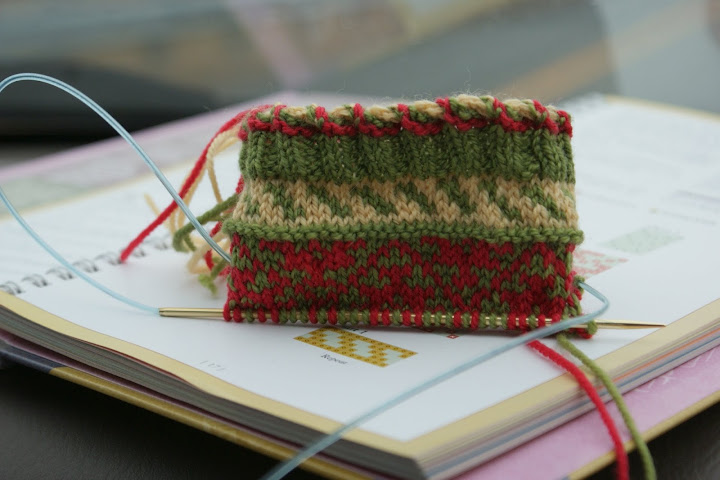 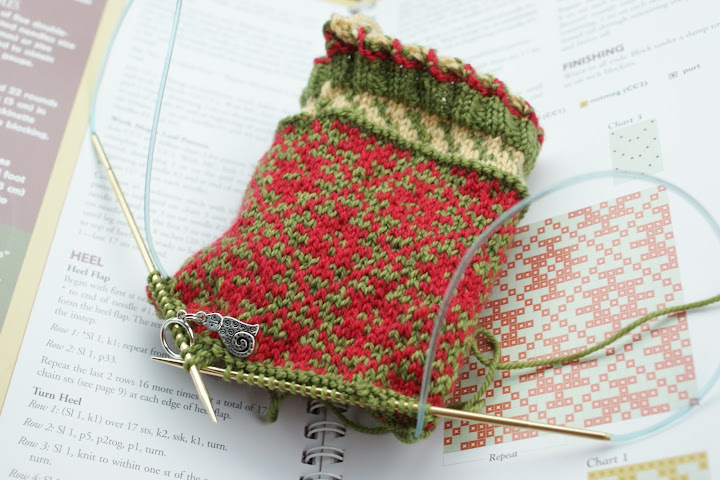 Proceeds into a set of clocks down the side that split at the fairly ordinary heel flap and turn: 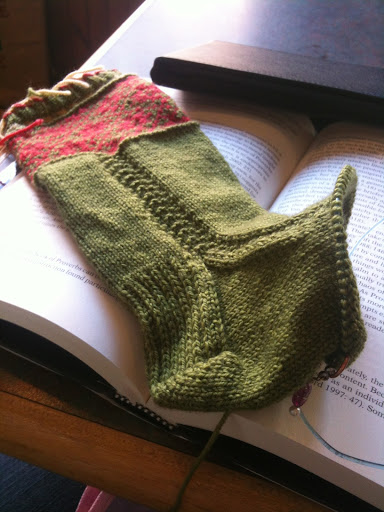 And concludes with a round toe. 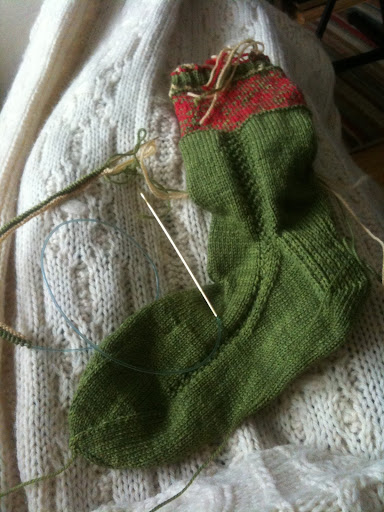 Between driving, listening to the Bible on book tape, reading, and movies with family, I finished the first sock on January 4th. In the intervening two days I haven’t gotten much past the cast on for the second; recovering from a two-and-a-half-week trip does not leave a lot of knitting time. But I’m raring to go for the second. And the third and fourth, but you don’t know about that yet.

Although I began at the beginning, the only reason Canada was first is that the socks are ordered in the book alphabetically by location. So I decided to do something a little different for the rest of this book. I went through my sock yarn stash, in all its glory, and pulled out twelve pairs worth – all that I could fit with the patterns in the book. (There are a few patterns that require multiple colors that I will have to purchase for specially.) 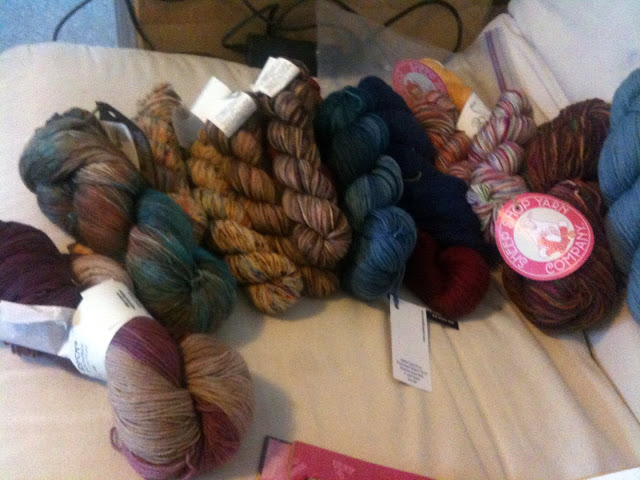 I put each pairs’ worth in a gallon ziplock and labeled it with its intended pattern. Later I’m going to scan the whole book into PDFs so I can have them handily on my kindle. On the first of every month, I’ll select a random bag, and those will be my socks to complete by the last day of that month. I have one extra monthly goal, too… but I’m going to test-run it first before I really commit. Though you might be able to guess what it is. 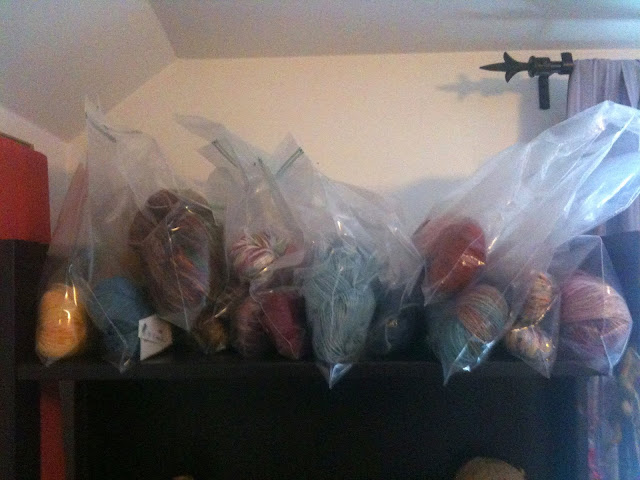 So there it is: my possibly-insane plan to knit 12 pairs of socks in 2013 (and 5 more pairs in 2014 – meaning I’ll finish in the month I graduate). Lord, wrists, and infant permitting, of course; I try not to make very long term plans anymore. I confess to having a completely reasonable quantity of giddiness. Because I love self-imposed, completely arbitrary knitting goals, with no one breathing down my neck but my own sense of ambition. And I love socks.

One thought on “Twelve Pairs of Sockies”