Thanks for yinz’s votes; you definitely helped me narrow down the selection for the tri-color hat I hope to produce shortly. At least, you helped me narrow it down a little. By which I mean almost none… so I did the only reasonable thing one could do; I skeined up all twelve colors and went on a crazy swatch fest. 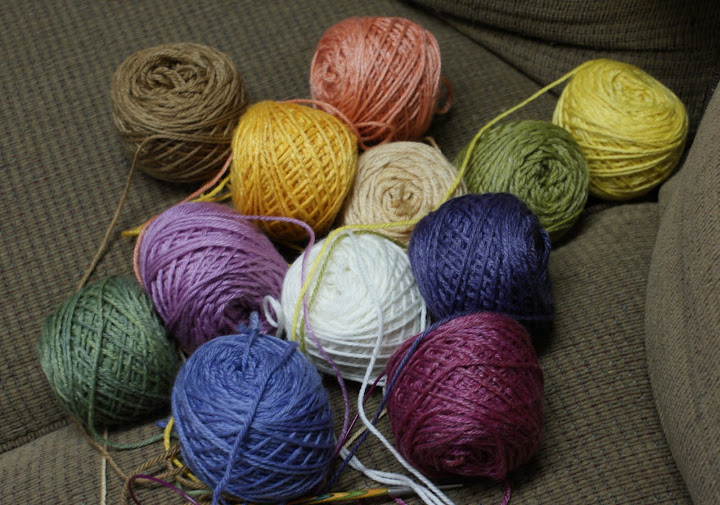 The hat will consist mostly of star stitch, so that’s what the swatches are in. Here are the options I produced: 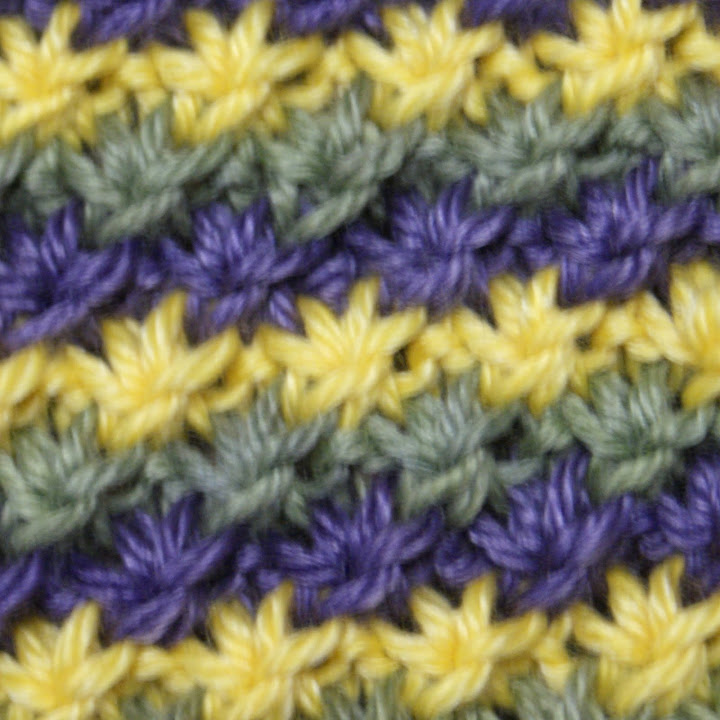 #2 Meadow (Naked Apple, Winter Sky, and Groovy Green) did not get voted for, but I found it calming. 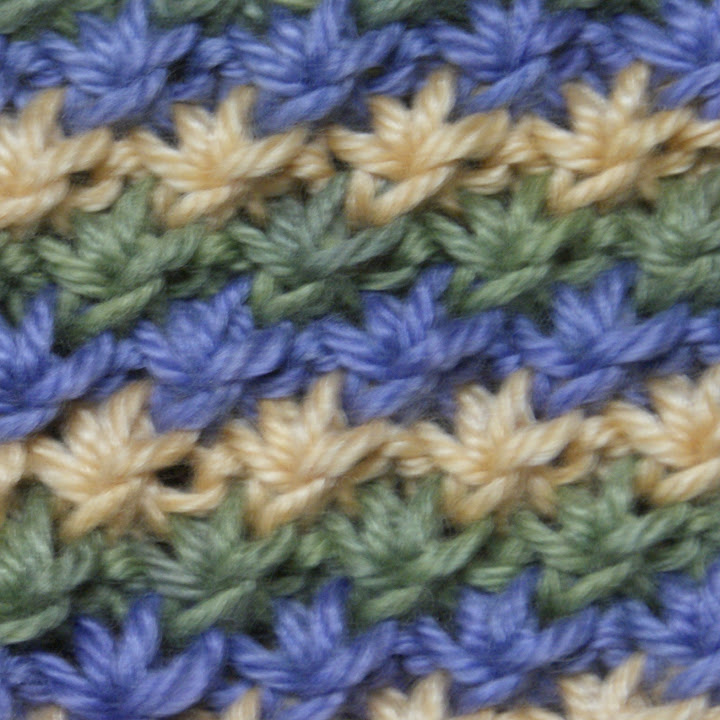 #5 Rosebud won the most votes, and (true confessions) was my favorite from the outset (Raspberry Rouge, Nectar, and Sprout Sage) 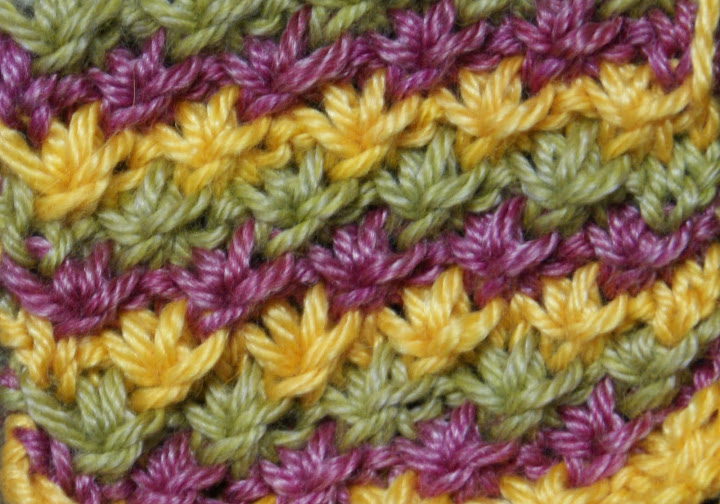 #7 at least one person liked Drifted (Groovy Green, Naturally Neutral, and Magentastic) but it’s a little too similar to what I’m planning for the near future for me to choose it as a sample. 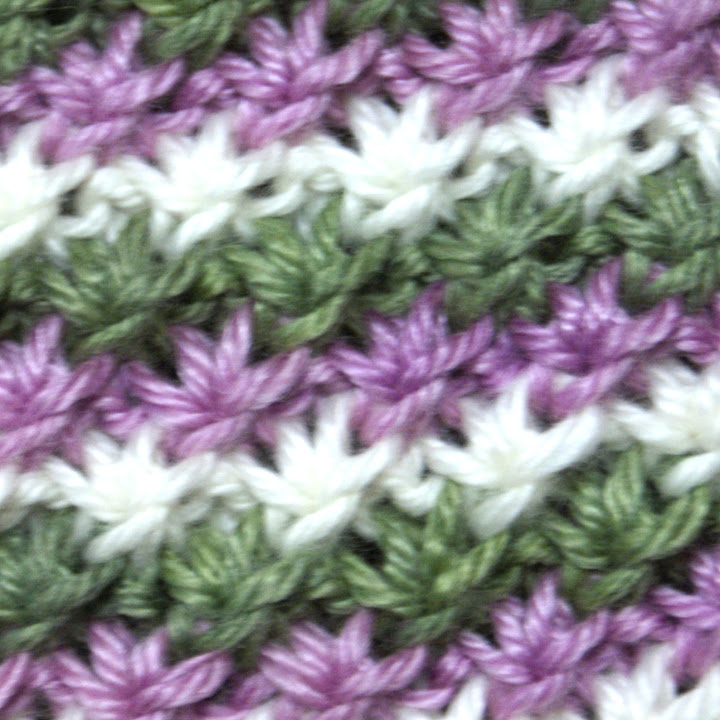 #8: Punch is just pretty great, and got a few votes. Feminine, wintery, but with some snark. 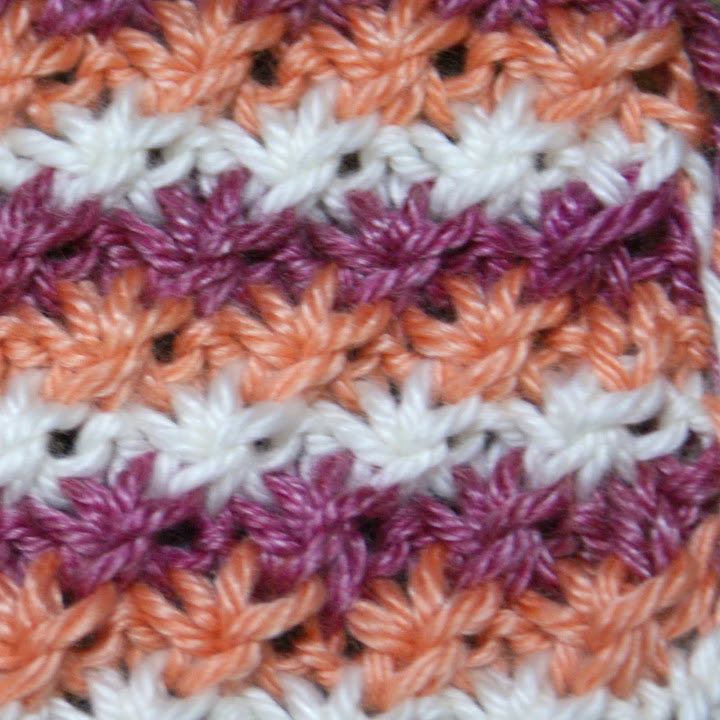 #9, Peat is earthy, without being too dull (Black Walnut Brown, Sprout Sage, and Naturally Neutral). I was shocked that my jewel-tone-loving mum was the only one who voted for this one. 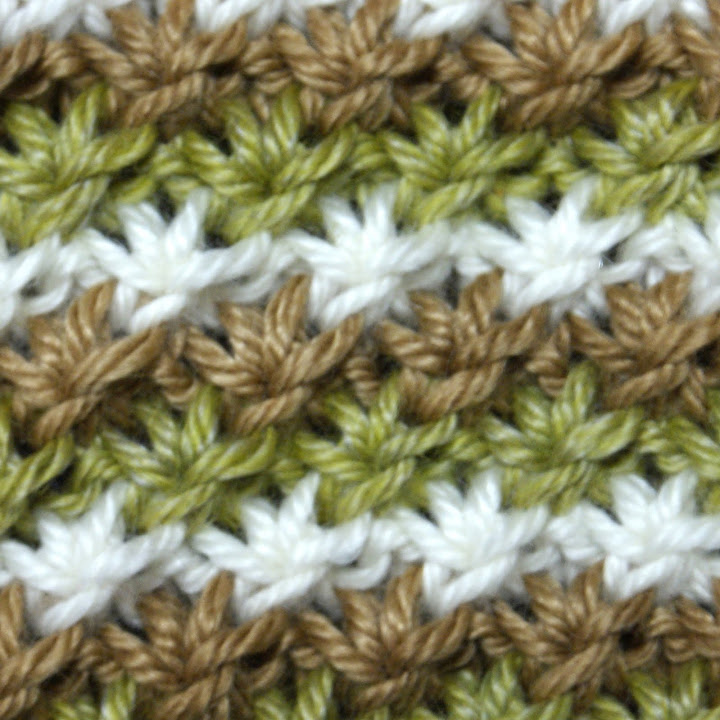 Tropics, just for fun, added at the last minute, because I didn’t think the Peach Orchard color got enough play (shown here with Sprout Sage and Golden Delicious). 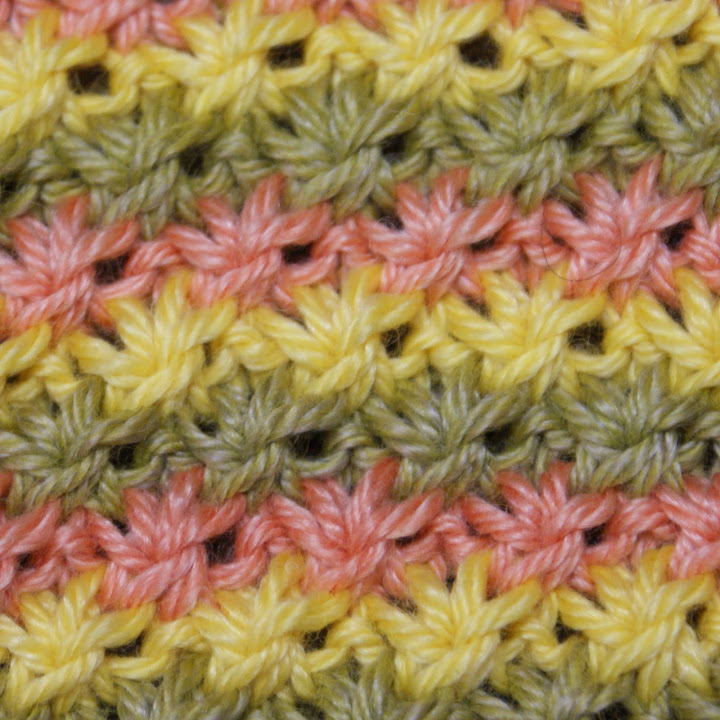 As you might be able to guess, I went with Rosebud for the sample. It’s just too bright and wonderful, which I need at the tail end of January, even though there’s not technically any snow. The other colorways, however – and any other combination you can think of – will be available as kits when the pattern’s available – hopefully at the beginning of next week.

Now my nose is going dutifully back into Irenaeus, and my hands back to Shelter – did I mention my sweater is nearly done?