This year, mom and I both experienced that it is more blessed to give than to receive. Well, that’s not exactly true. We gave each other gifts of yarn that were hard to give up, but ended up surprising each other when we loved what we received even more than what we gave away. 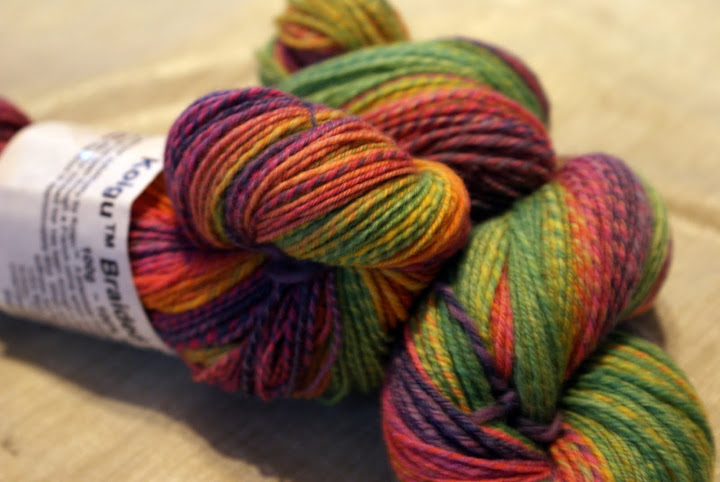 I ended up giving Mum my wonderful rainbow three-ply handspun (the roving was from Koigu, purchased at MD Sheep & Wool ’10, and I would do a murder to get some more). She’d gushed over it so excessively that I realized one day that she would love it even more than I did. But I didn’t realize how much more; when she opened it and realized what it was, she burst into tears! I think she waited a whole five minutes after she regained her composure to ball it up and cast something on. She chose a clever faux-entrelac scarf pattern to let the yarn shine in all its glory, with the added coolness that the whole thing is on the diagonal. 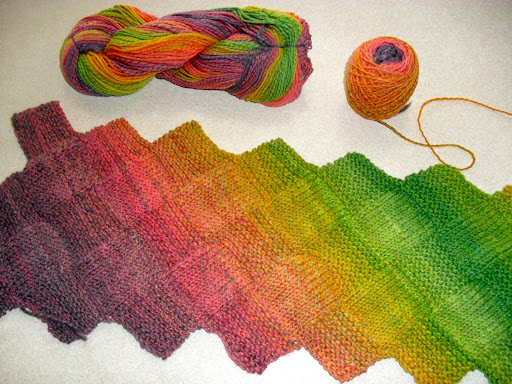 As for my gift, Mom had picked up this bundle of pretty when she was at So Original, a yarn store in Olney, MD. It was originally for her, but before long she resigned herself to the inevitable, that these were really MY colors. It was such a surprise! This is in the category of thing that I always covet when I see it, but would never buy it for myself. 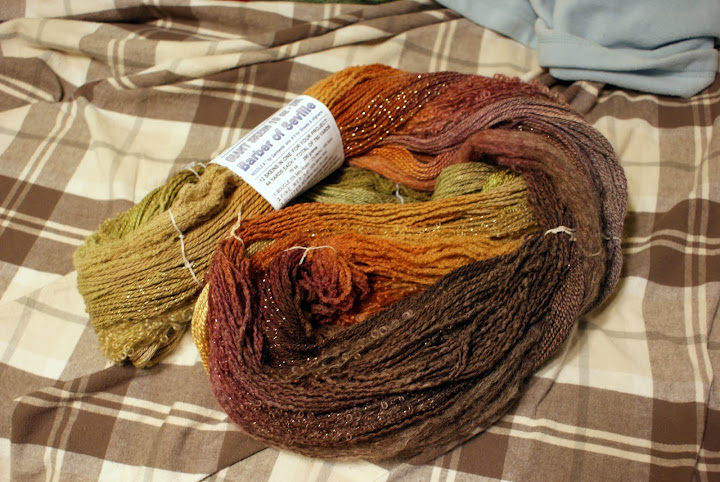 This mega skein, called “Barber of Seville” from that mysterious company called Hand Painted Knitting Yarns, is actually twelve mini-skeins of all different textures. They’re all natural fibers (with a happily disproportionate amount of merino). This pictures aren’t conveying to you the perfect balance of fall tones 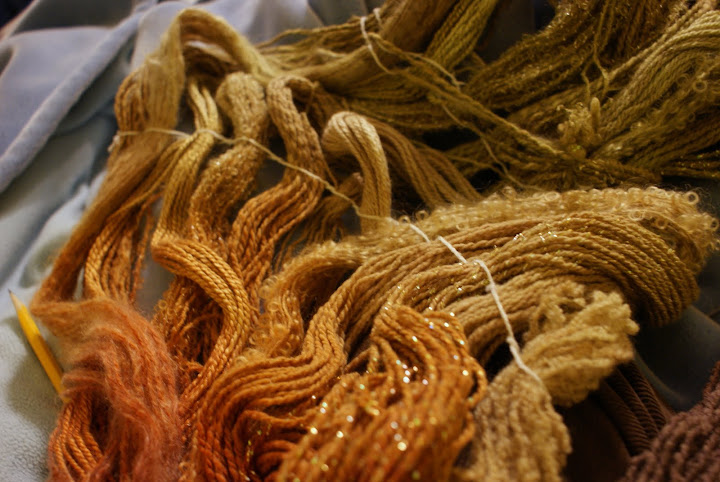 Of course, the first thing I had to do was untie them all, carefully retie them into individual skeins, study their content and contstruction, and put them in an order that I felt best balanced their various texture attributes. This ended up being almost identical to the order they came in. 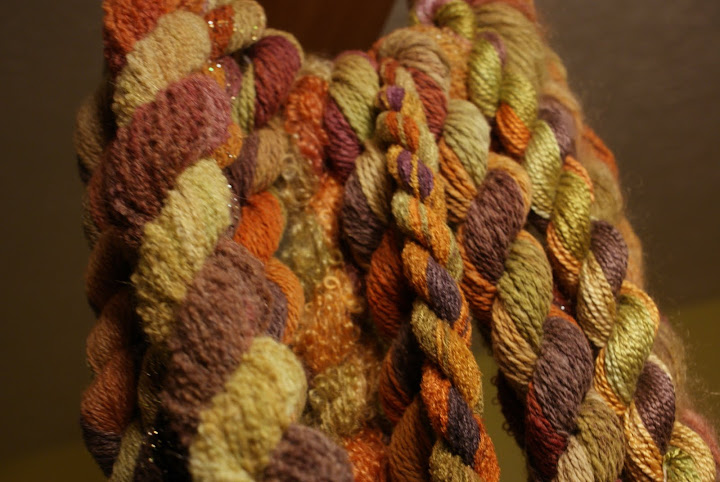 After a few abortive swatch attempts, I ended up casting on about 250 stitches on a US 8 and going to town. I’m using up each ball in garter stitch, sticking a row of elongated stitches in the middle of each stripe. I love elongated stitches; in this case it showcases the texture of each yarn, and you get to see the color repeats distinctly. It’s been my indulgence while reading for the past few days. 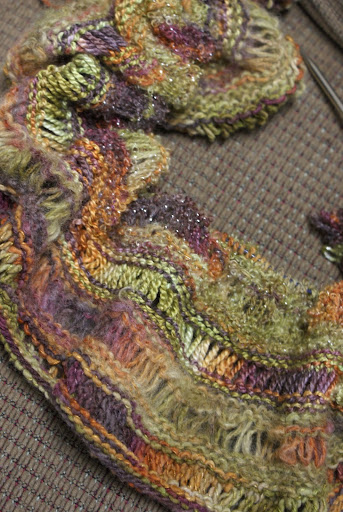 It’s the last day of Christmas; I hope your celebration during this darkest time of year has been joyous and merry and bright, even medievally jovial. Tomorrow is Epiphany, and the socks are on deck. But tonight, they’re being put to use at a Twelfth Night party. Until the end of this year, Merry Christmas!