We all have those days. In the wake of my loss, I found ways to move on, eventually. It changed me forever, but I wasn’t sad anymore. But there are still bad days. Fewer and farther between, but still bad. They’re usually triggered by something, some reminder, some event, that makes me come face to face with what I lost, the fact that I’m still angry and hurt, the fact that I still don’t entirely trust God. 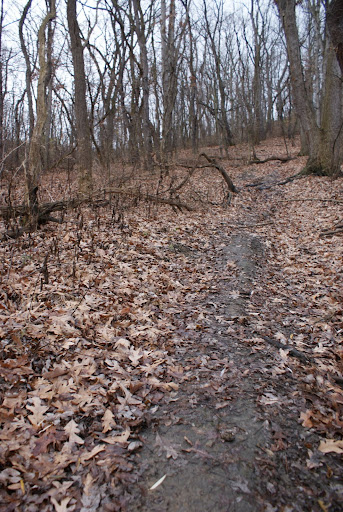 On days like this, I have to go for a walk. I take the RV trail straight up the hill through the tiny strip of woods that protects the power lines between developments. I follow the meandering path out to the plateau, where I wander through the grass and shout at God in a Welsh accent, because I feel like it, and because there’s no one around to think it’s weird. 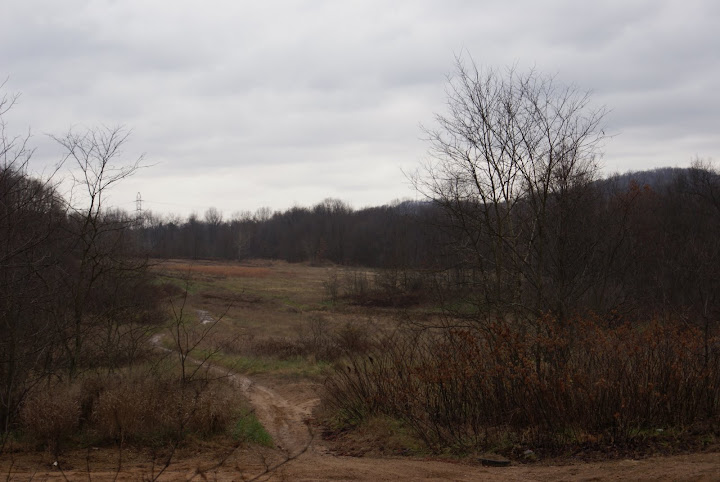 I’ve been up here to see the flowers of late spring, the dry effervescence of summer, the golden glow of fall, but never winter. Technically it’s not winter quite yet, but when there are no more leaves on the trees and the sky is gray every day, when I have to put on wool socks, boots, coat, hat, mittens, and cowl to fend off the cold, that’s good enough. (I always have to laugh when I bundle up, as it so demonstrates my priorities. I was wearing shoddy boots I got at a thrift store for $3, a hand-me-down coat with holes in the pockets and collar, and hand-knitted woolens worth over a hundred bucks in yarn alone.)

Winter changes everything. Even without the dampening quiet of a couple inches of snow, winter is quieter. It works a bit of magic on the senses – the duller palette makes everything seem brighter. Suddenly lichen seems impossibly bright, and I can see all the ferns. I notice the purple stems of thornbushes. Browns divide themselves into a whole range – purple browns, blue browns, tan browns, dark browns, gray browns, and the pale mauve underbellies of oak leaves. One of my undergraduate professors wrote a memoir about her short marriage to a man who died of AIDS. In it, months after her loss, she writes about being in a park in february, and being overwhelmed with the tiny hints of beauty she found lurking in the hidden corners of pre-spring. I thought, when I read it years ago, that I knew what she meant, though I didn’t think I had a right to. Being out here now, there’s no question. The world has no right to be so nuanced, but there it is. 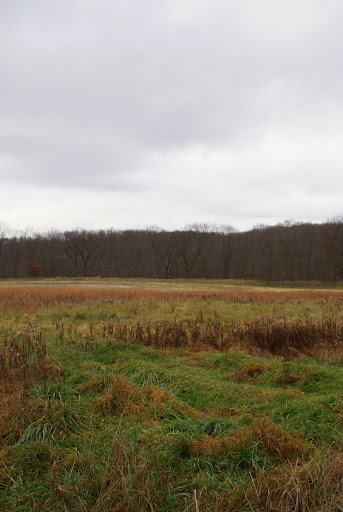 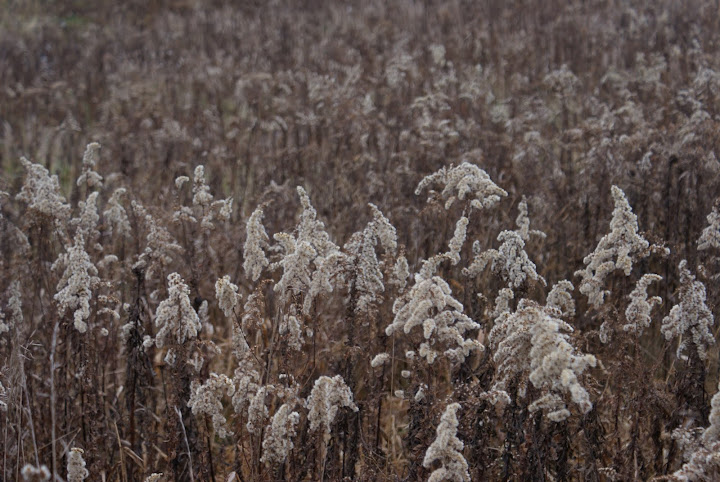 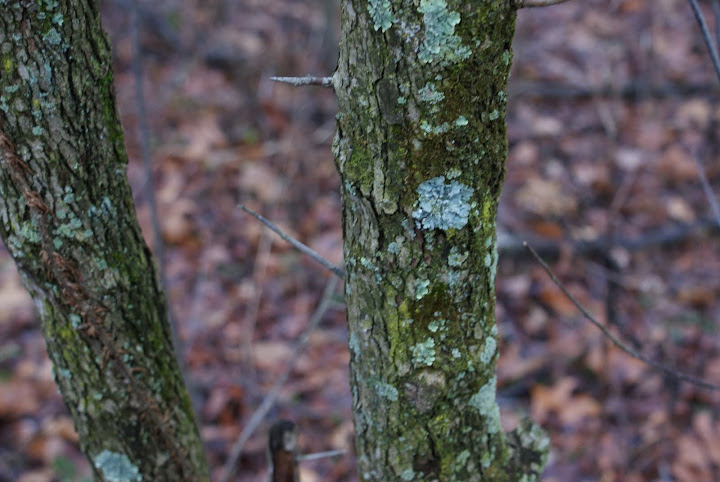 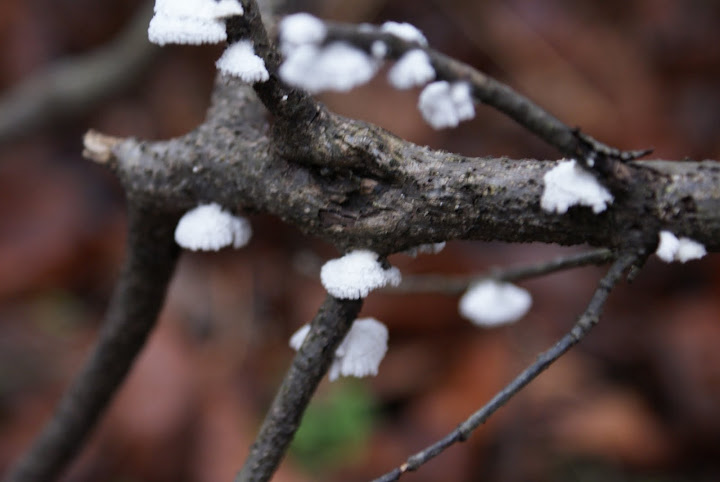 The truth is, I don’t trust God at all to make me happy or give me what I want. I trust him completely to keep me alive and give me meaningful things to do, and he’s done a fabulous job of surrounding me with beautiful people who love me more than I know how to accept. But I don’t trust him at all to protect me from pain or to work things out according to any idea I might have of what’s good. I trust him to change me to want what he gives me, but I resent that at least as much as I accept it.

On days like this, I wonder what God is trying to tell me. The world he’s given me to live in is as beautiful and terrible as I could imagine, as glorious and hideous, ready to kill me as soon as it gets a chance, and full of more adventures than I could think of if I don’t let it do me in. And there’s God, whispering from somewhere behind my right ear, “I love you. And I think you’re amazing.” It’s so quiet that I miss it most days, but if it were any louder I wouldn’t believe it. Bad days let me remember what I’ve forgotten, and give it back as a tiny seed. A seed of what, I don’t know. I’m too cynical to call it hope, or even courage. I might call it willingness to go on.

While I was up there on the plateau, it started to snow. God asked, “Would you believe me if I told you it snowed just for you?” I said “No,” with a smile that said “Yes.” That night, some friends spontaneously made me soup. I cried.

Questions for further discussion: If you or someone close to you suffered a major loss, do you/they still have bad days? Did they go away eventually? What do you do to help yourself/them deal with (or not deal with) them?

For further reading: Margaret Kim Peterson teaches theology at Eastern University, and she was the first person I ever met who argued for the value of knitting socks. She wrote a wonderful (and feminist) book on the theology of housekeeping, but she also wrote a memoir of her four-year marriage to Hyung-Goo Kim. I read it on the train home for my grandfather’s funeral in 2006, and it’s been very close to my heart ever since. It’s called Sing Me to Heaven.

4 thoughts on “Snowing Just for Me”