This week began with the most epic TV binge I’ve had in a while. TV usually leaves my brain in a pile of steaming poo, but the Doctor has the ability to amp up my creativity like few other creative franchises I’ve run across. It also enabled me to do a completely sick amount of spinning during reading week, when I should have done at least a little reading.

My first three bobbins of singles were wound off, their centers replaced with the empty centers from toilet paper. Winding them was like making wool Gobstoppers. 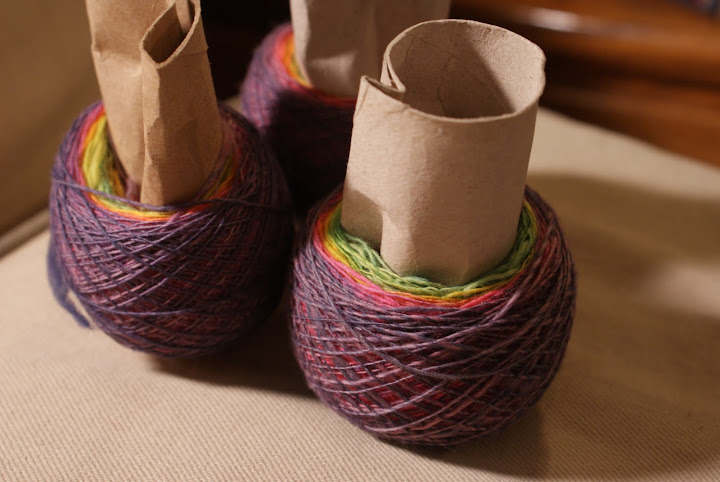 The second half was left on bobbins. 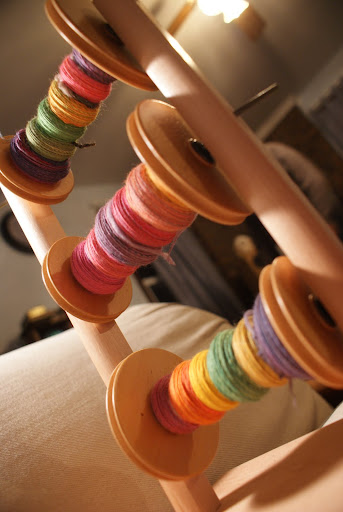 The colors didn’t line up exactly, which was a little distressing, and I had to take out a couple short sections to prevent it going really wonky in some places. But the rainbow progression was more or less preserved, and the overlap of colors gives it… funkification. (Sorry the lighting is so bad in these pictures – So much of the TV-watching and spinning happened in the middle of the night!) 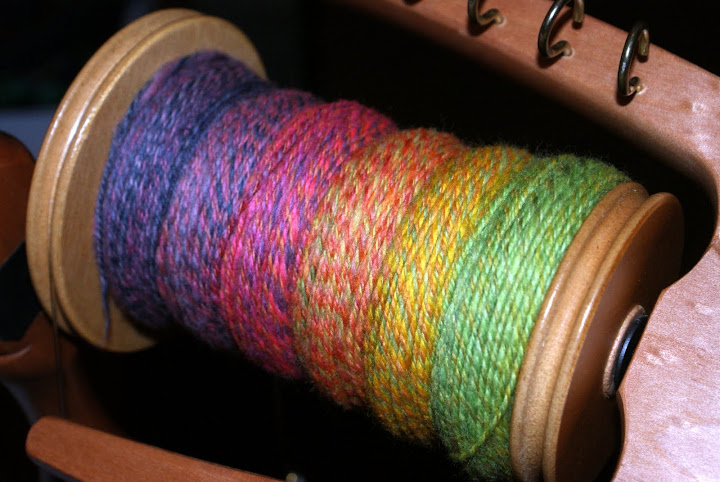 I deliberately didn’t rush the spinning process, trying to put a little more twist into the singles than I usually do, so that when I plied, I could put an equal and opposite amount of twist into the ply. The result was the most balanced, cushy yarn I have ever plied – about 350 yards of 3-ply fingering-weight joy. I’m not usually that fussy, but I don’t think I can bear to put this stuff on my feet. I’m not sure what it will become, though… perhaps a little triangular shawlette? Any pattern suggestions? 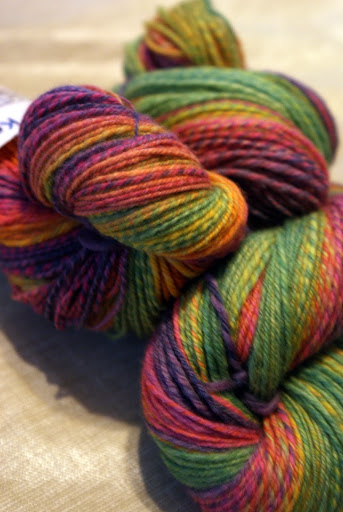 The equal an opposite creative burst inspired by my favorite melancholic Time Lord was a bit of fiction. I find that fiction is difficult to share… in the blogosphere, there is no fourth wall to mind, and I can be as self-effacing, self-referential, and zany as I want without being churlish. Or at least, without being automatically churlish. I feel like fiction takes a lot more confidence, the ability to put oneself out there without constantly apologizing. Do you know what I mean?

Anyway, I am trying to get over it, as I’m sure there’s no one who cares that much about my self-perception other than me. You can read my short story here if you are my friend on facebook, and feel free to friend me if you haven’t.

What inspires you? What do you go back to and read or watch when you want to feel more alive? What resonates with how you tick?

One thought on “Good Influence”