Today, for the second time, I got to be a demonstrator at Old Economy Village‘s Erntefest, their biggest historical event of the year. For the occasion, the site throws open all the doors, and for the price of regular admission (10$) you get to see not only all the buildings, but all sorts of neat historical stuff as the old town comes alive. I am in love with Old Economy Village; it’s my opinion that their next step in historical preservation should be to have people move into the buildings and take back up where the Harmonists left off, with sustainable living off the land in community. I volunteer. I don’t need electricity, except for the internet. Oh, and I could do without the celibacy or psychadelic Lutheranism. Other than that, sign me right up.

The gardens alone are enough to condemn me for covetousness. 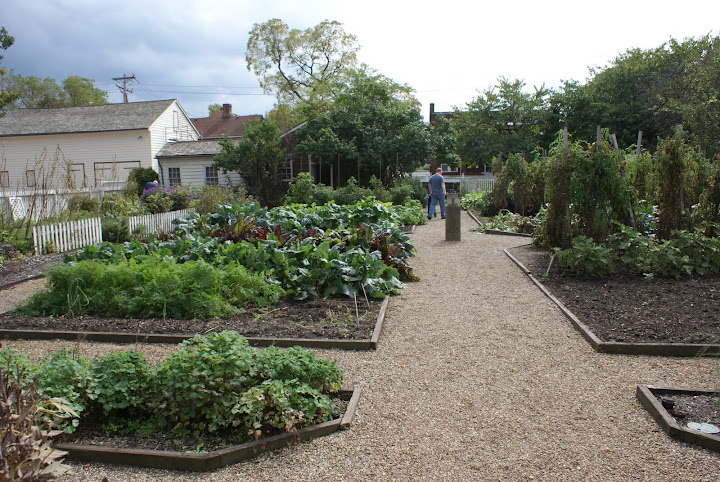 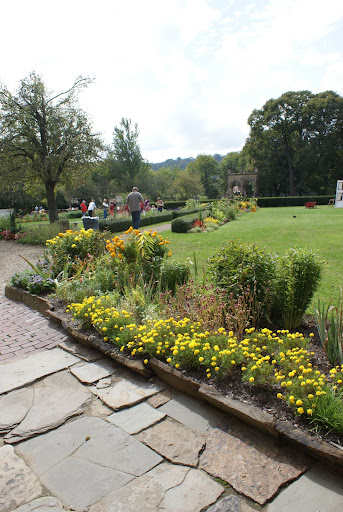 Sandy, a fellow volunteer and Thursday yarnie at Yarns Unlimited, taught me and a new friend about silk reeling (though I think Tammy knew the drill). I think the whole silk thing is as hilarious and strange as giraffes. 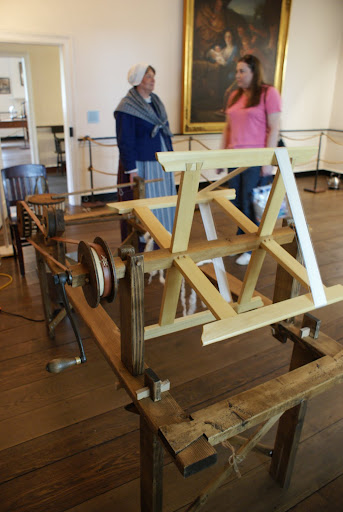 I was stationed in the Baker house, at the end of the cobblestone street; it’s a more modest home, but still roomy enough to fit 8-10 Harmonists. Their aesthetic is very simple, but also quite fetching; nowhere near as stark as Shaker. But then again, the Harmonists made much of their living selling fancy textiles, so they can’t have been that austere. 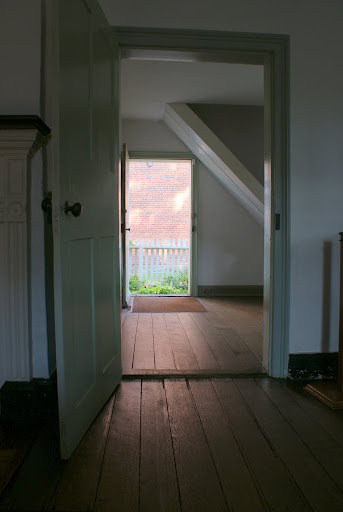 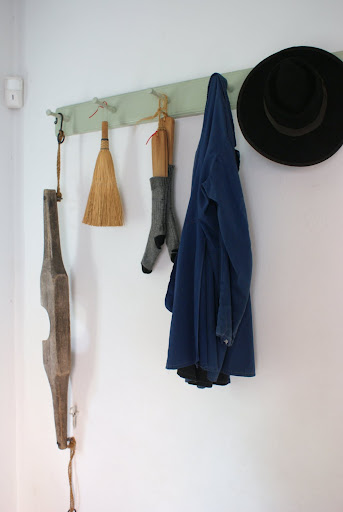 My setup was mostly spinning; I demo-ed “real” spinning on Blondie, and let fest-goers add twist to singles roving on Doris. (Totally stole the idea from mom.)

Demonstrating is so fun: You get to meet so many interesting people! Of course, I go into it thinking I need to have a shpiel, and it’s useful having something to offer blank-looking faces or shy children. But those who are really interested, are interested for completely different and interesting reasons. I met an antique-collecting couple, a concert flautist who spins, and a woman who was super-passionate about the idea of spinning just because it seemed so relaxing. And I got to spend most of the day with Tammy, gf of the education director, who remembered me from last year and was happy to just hang out.

[Edited to add pictures that include my actual person. Thanks Tammy!] 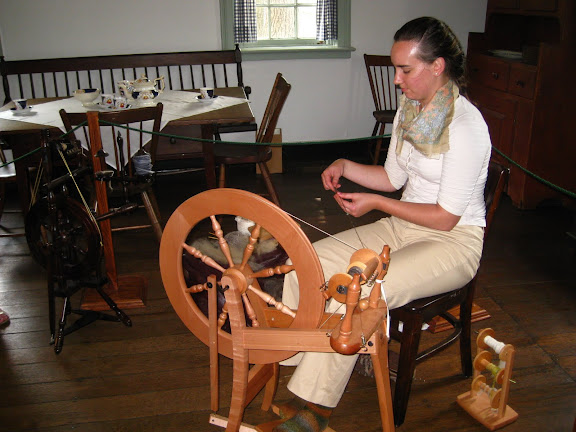 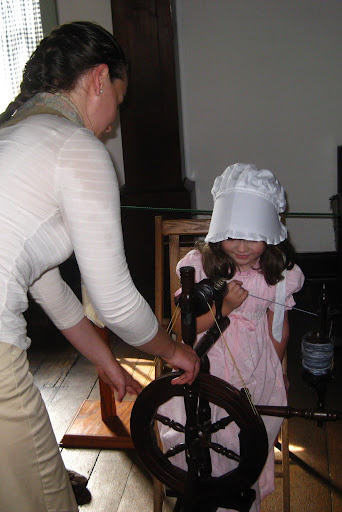 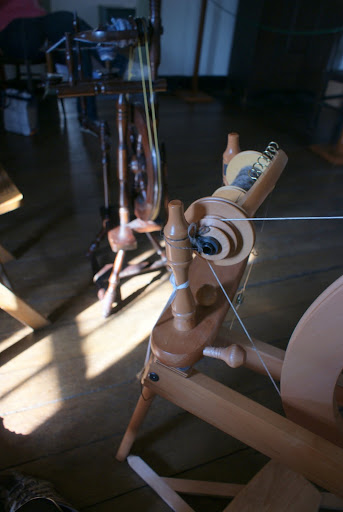 On the side, I made a little carding/knitting station by flipping over the cardboard box in which I brought all my stuff and laying my jacket atop it. I think it made a nice little pastiche. I brought only undyed things, inspired by the beige and white I was told to wear as a volunteer. 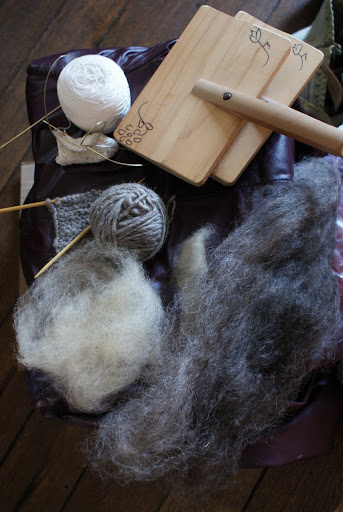 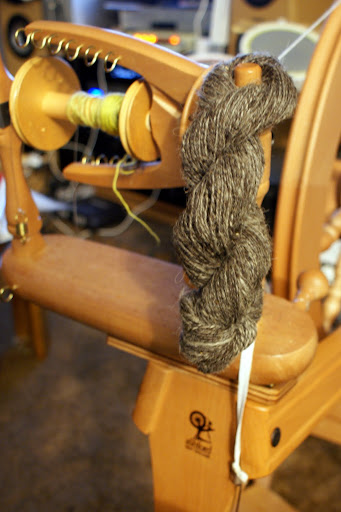 This should motivate me to get on with the main color, of which there will be more than twice as much. Because, as we all should have learned, working on things is what makes them get done!