After a bit of internal debate, I decided that you might like to know, in a little more detail, what’s coming if you’re interested in the Liturgical Year series. So as the projects leave my needles, I’ll be posting previews and sneaky peeks. The first project that I actually finished, since I had the yarn in hand, was the pattern for Morning Star socks, the first pattern for epiphany. 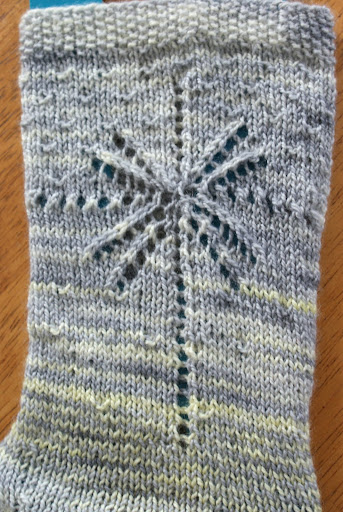 The thing about knitting is that, even though I’d worked out a lot of the symbolism that I wanted to portray before hand, more and more ideas kept popping into my head as I was working them. I won’t give it away here – I’m going to write some actual essays on the subject that I’ll post during the season. But from these pictures, you can probably make some guesses. 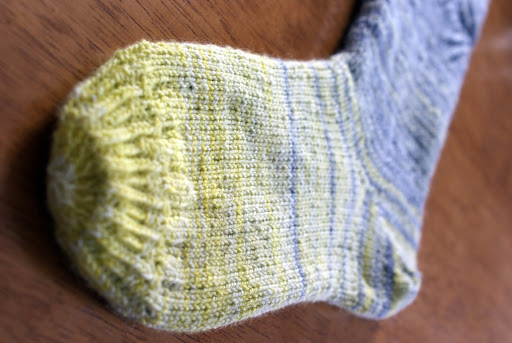