[Edited to fix Header… this is a post that is extra confusing if the title is accidentally “Auto Draft.”]

This is a phrase I had to repeat to myself several times during our one day side-trip to Toronto. 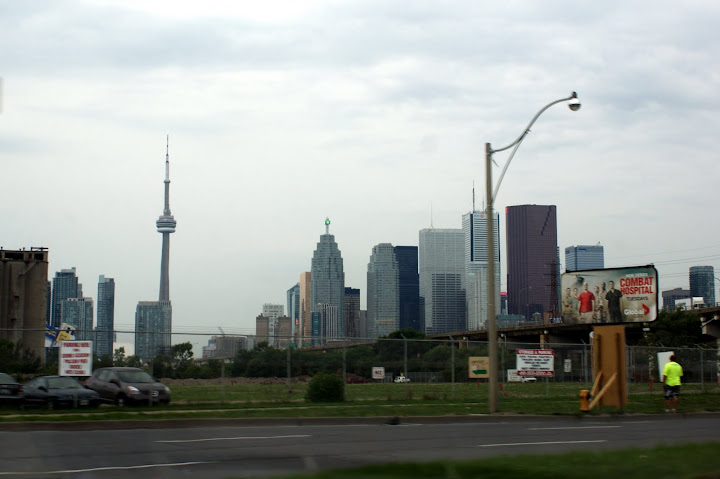 If it weren’t for the Yarn Harlot, I would probably think that Toronto was in New Hampshire. I definitely wouldn’t know that it’s the awesome, multi-cultural, super-artsy, fun and active city that it is. Then again, were it not for the YH, I wouldn’t be a knitting blogger, but that’s a story of its own. She’s sort of my idol, so even thought it was awesome to visit what I think of as “her city,” I also felt like a bit of a creeper. But mostly, I succeeded in ignoring this and just having a good time. 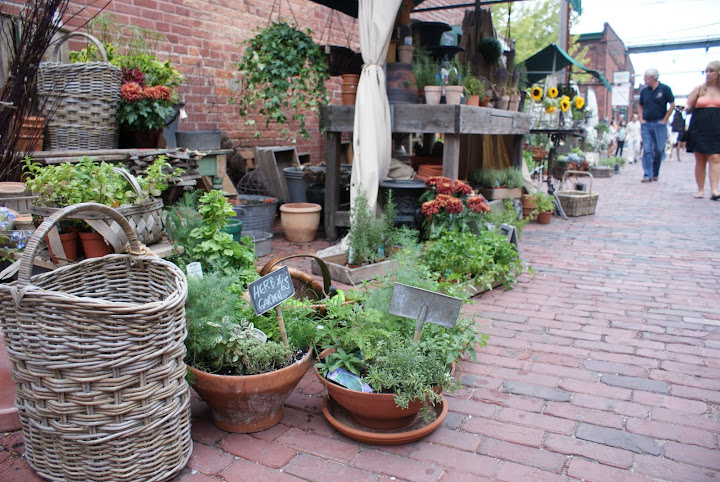 We spent the first evening in the Distillery District, a pedestrian-only area that used to be a big old distillery. Now the 40+ Victorian-age buildings have been converted into studios, galleries, shoppes, and swank restaurants. The group favorite, numerically, was a chocolate shop called “SOMA,” which reminded me for all the world of the chocolaterias in Oaxaca, Mexico. The chocolate shop didn’t quite make up for the fact that I made us stop at several wool-related locations, but it helped. 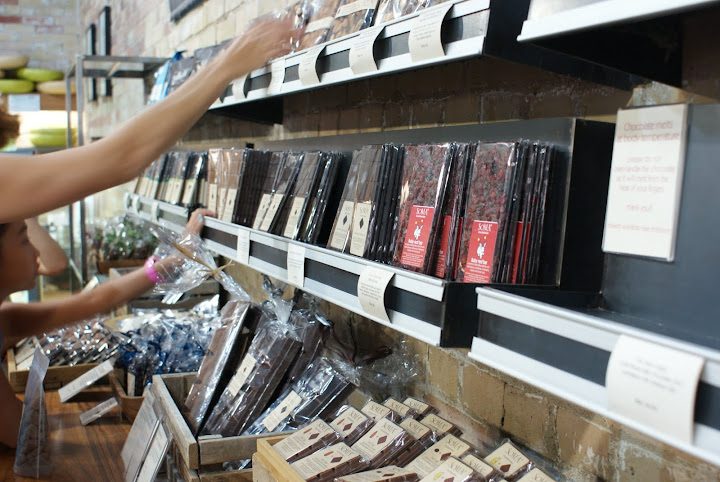 The Distillery District is kind of steampunk heaven, aesthetically. One shop in particular was all bare brick and plaster, selling home goods, jewelry, and other whotsits that are just that perfect combination of antique and shabby-chic. 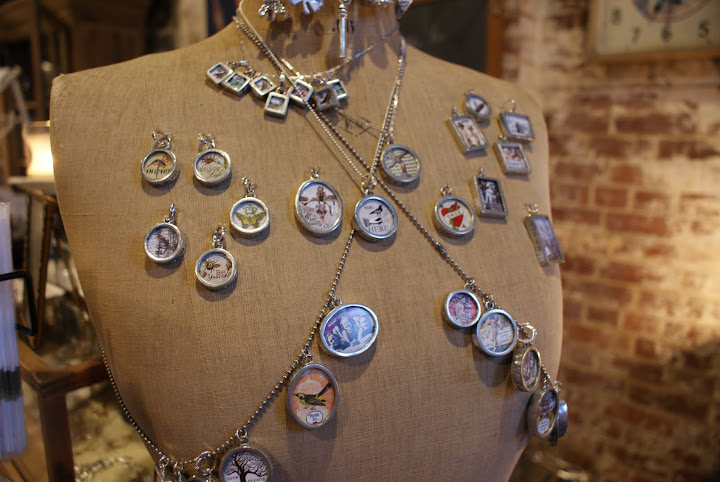 If you didn’t know that Canada belongs to the British Commonwealth, let the Monarch Herself set you straight. 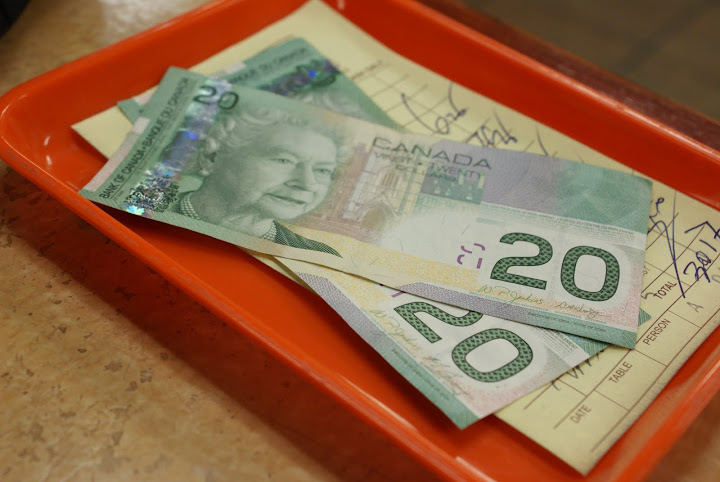 The apex, of course, of our side trip to the city, was visiting the YH’s local yarn store. Talk about feeling like a creeper. 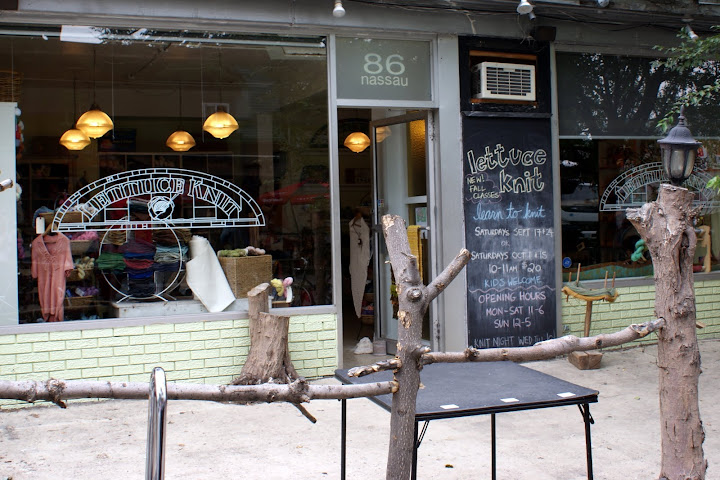 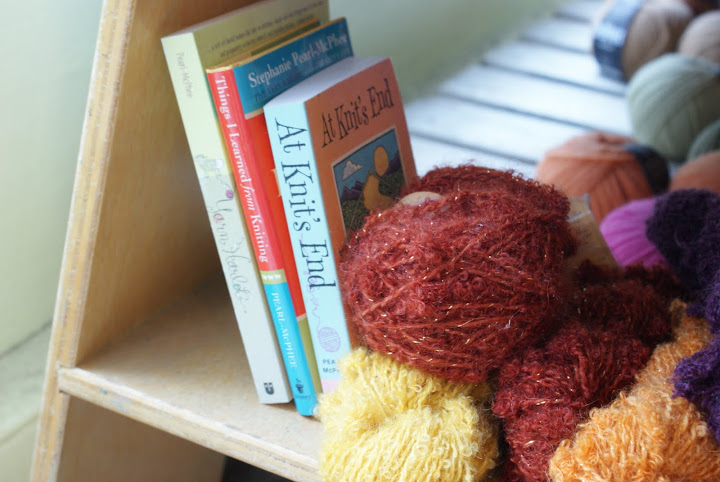 I was so surprised by how wee the place was! They didn’t have much, and a lot of it was summery, but everything they had was the best. Sweet Georgia, Madelinetosh, Blue Moon, Koigu, and some other brands I hadn’t heard of, as well as some that I had. I soon had a table full of potential souvenirs. 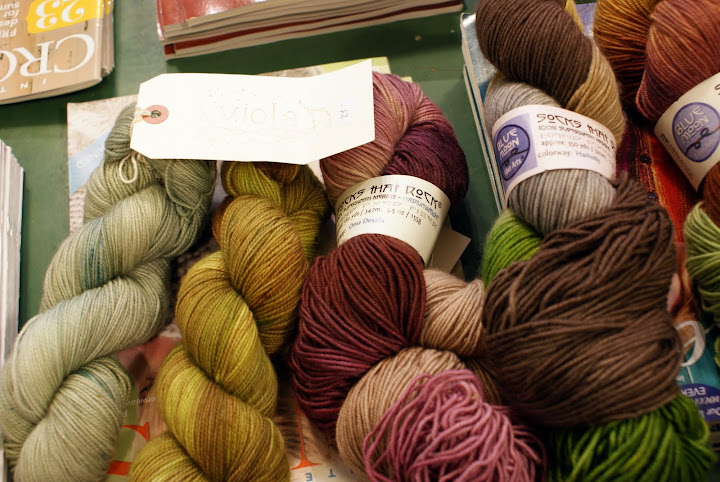 I had to get some Socks that Rock, partially because Tina of Blue Moon Fiber Arts is one of the YH’s BFFs, and partially because getting it anywhere else is a great pain. The green, brown, grey, and yellow one on the right is called “Harlotty.” I didn’t get it because I have to draw the “too stalkery” line somewhere, and partly because it only came in the outlandishly expensive Heavyweight. I got the purple and grey one in the middle, which was called “Oma Desala.” If you don’t know why that’s awesome, it’s almost guaranteed that you wouldn’t care, but I’ll tell you anyway, in brief. It’s the name of an obscure character in a TV show I love, which I happen to know (through very public and non-stalkerish means) that the YH also enjoys. My only objection is that if I were to dye a color for Oma, it would definitely be white, silver, and blue. I don’t know where Tina got the idea for purple.