Experiment House is very much a work in progress, but the living room/dining room is the most finished. The living room, a.k.a. the “community room,” is a pale blue that is thoroughly washed out in the picture below. The dining room is formed by an alcove and a couple of spot walls, which we finished Tuesday morning. It is convenient unto delight that a tablecloth from India that we just happened to have matches the color scheme perfectly. Jared, my blue man, is very happy that there is so much blue in his life. 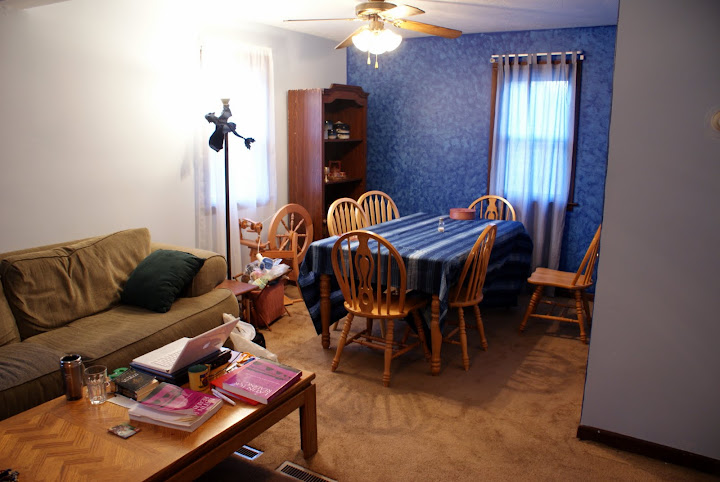 So it’s fitting, I guess, that I’ve cast on a pair of blue socks for August.

This pattern, “St. Peter Port Stripes” from Folk Socks, presented a bit of a puzzle in terms of yarn choice. This is one of the pairs Jared decided he would like for himself, and the man has also decided he doesn’t terribly like wool socks. (!!!) I might forgive him. One day.  In the meantime, I am trying to make these socks out of cotton.

The socks are almost completely plain, made of stripes from a light yarn, a dark yarn, and a white and black marled yarn. The plainness of the socks mean that if I want to even bother saying I made the socks in this pattern, I had to find some similar yarn. It’s hard enough to find a marled yarn in wool fingering, but cotton? I searched high and low for at least six months before giving up. That is, giving up on finding such a yarn for sale. I did, however, find a 4-ply cotton that I thought might work for a little customization. 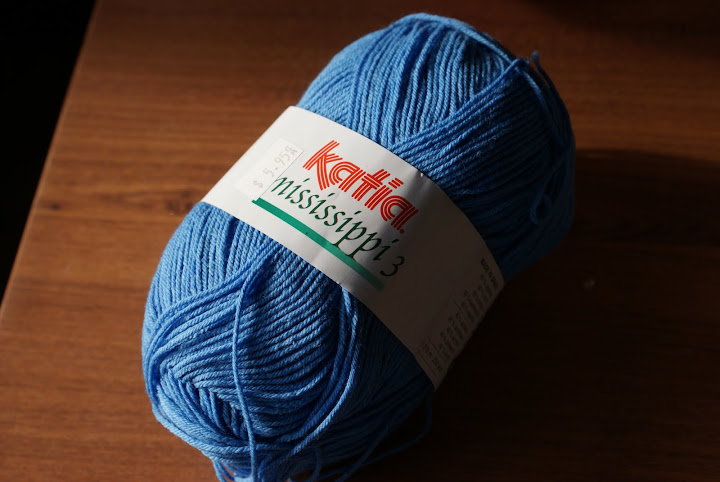 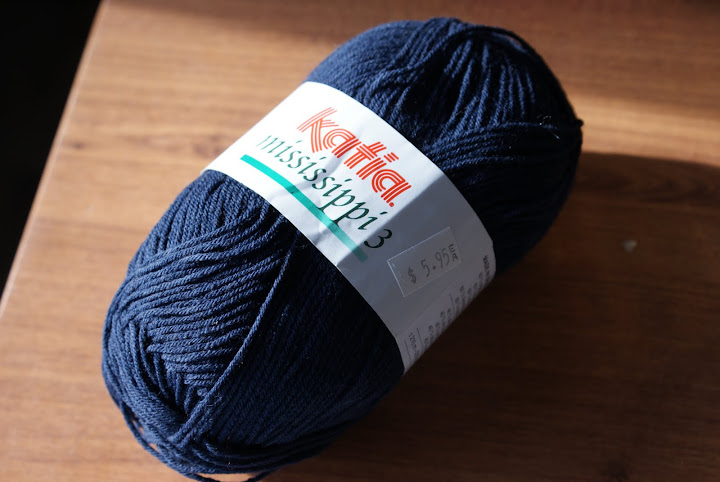 Jared picked the light and dark colors (can’t say I was shocked), and finally last week, to escape from the woes of moving, I got to work.

First, using some mathy maths and a postage scale, I wound off a little more than half of each ball. Then I unplied them on my spinning wheel. This just meant twisting the yarn in the opposite direction that it had been plied before, eyeballing when it looked untwisted. I then separated the four plies into two sets of two, a tedious process considering my eyeballing was imprecise, at best. But it worked, eventually. 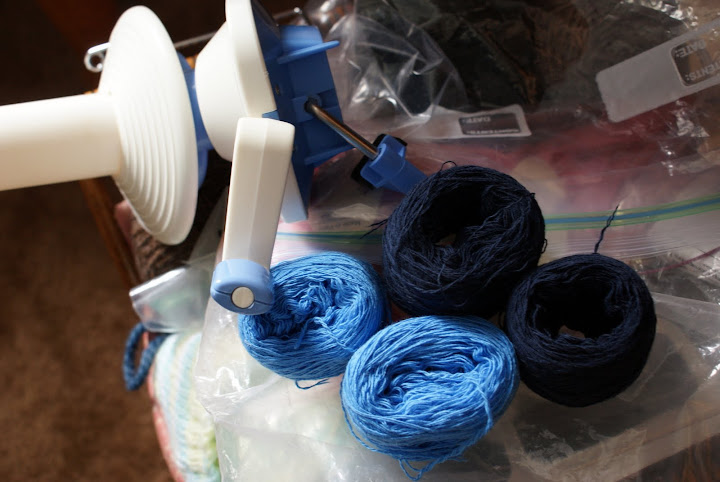 Then it was a simple matter of plying two strands of each color back together. I had counted, while unplying, how many turns of the fly wheel it took to untwist an arm’s length of the original yarn. I then used the same number of turns, going the opposite direction, to re-ply an arm’s length of the new yarn. This resulted in a yarn much more tightly plied than my usual. Considering I usually ply entirely by feel and intuition, This makes me wonder if I haven’t been underplying everything. 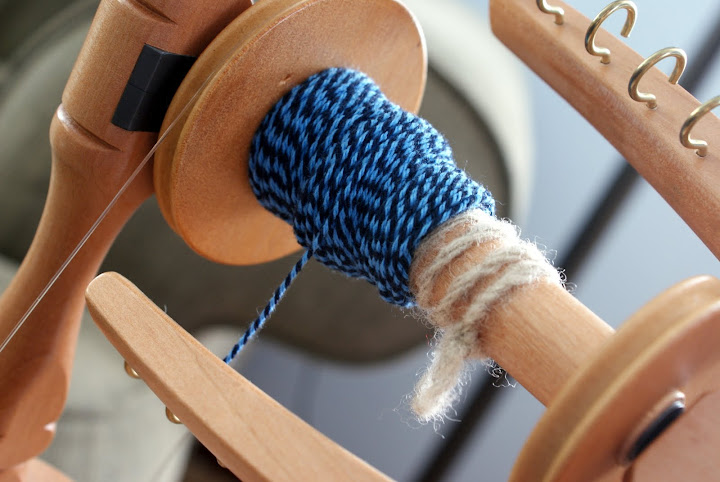 I cast on last night, did the little Latvian braids at the cuff (Latvian braids! So cute, and not at all made how I expected! Not that I know what I expected). I am embarrassingly giddy with expectation to see how the marled yarn looks knit up. 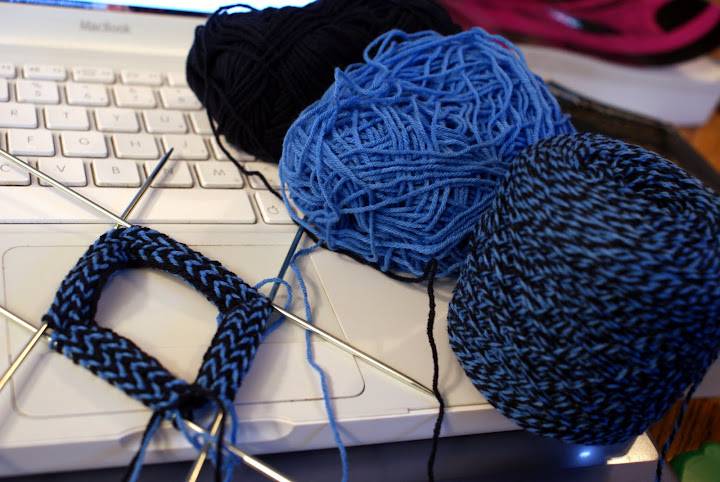 One thought on “Seeing Blue”