Before and after Easter, I’ve been in such a frenzy of activity that coffee counts as a meal and I have to force myself to sleep so I don’t get headaches. But the Saturday and Sunday on which we celebrated Easter was a fantastic break in the midst of the crazy.

Saturday was Jared’s birthday, and his parents took us to Old Economy Village on the most perfect spring day possible. After dinner, we went to church, where Easter Vigil started our celebration of the resurrection. 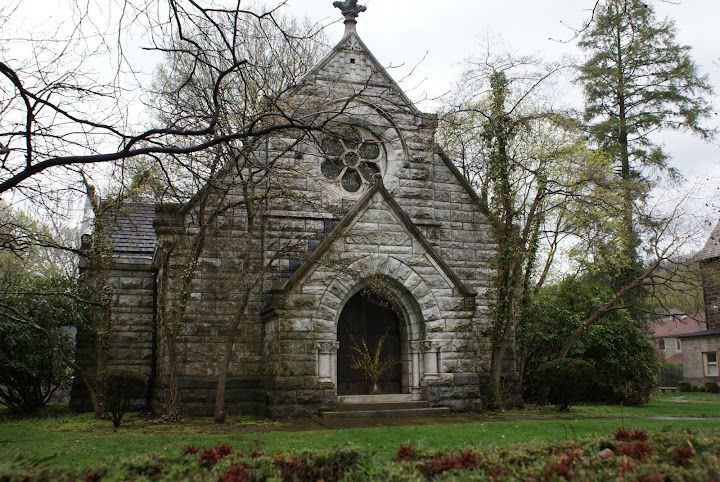 Next to our church building, which is an old family chapel that we rent from the estate, is the mausoleum chapel. It’s nearly as big as the church, but entirely stone both inside and out – no light, no heat – nothing but folding chairs, candles, and perfect resonance. We arrived right at sunset, received our candles, and as darkness descended we began to recite salvation history. It was that Drama of Scripture all over again – we heard the story of creation, of the fall, of Israel’s rescue through the Red Sea, and of the valley of the dry bones. The listening, chanting, and praying took on their own rhythm in the deepening gloom, representing the dark of the tomb.

Then we stood, took our candles, and processed chanting into the dark church building, literally passing from death into life. We renewed our baptismal vows and were sprinkled with holy water, then took our seats. The lights came up on the beautified church as we sang “He is Risen!” with bouyant spirits, and began the celebration of the first Eucharist of the Easter season. 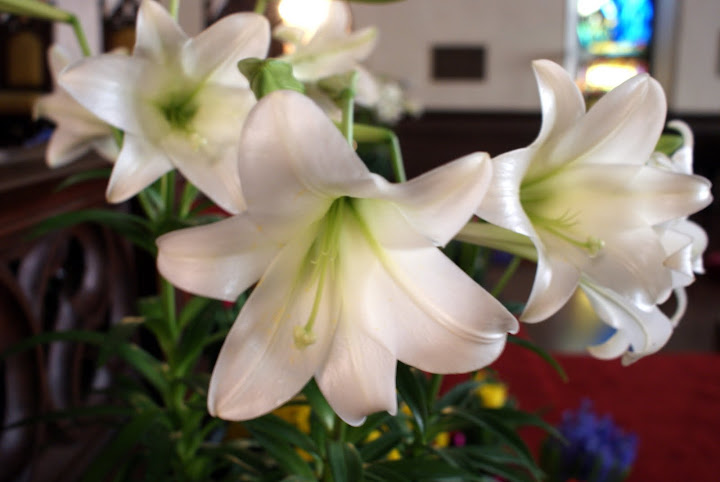 I had made up a little Easter basket for myself, containing everything needful for the project I had been most chomping at the bit to start. I was too exhausted to do much aside from cast on three times, but I had needles in hand again, and it was enough. 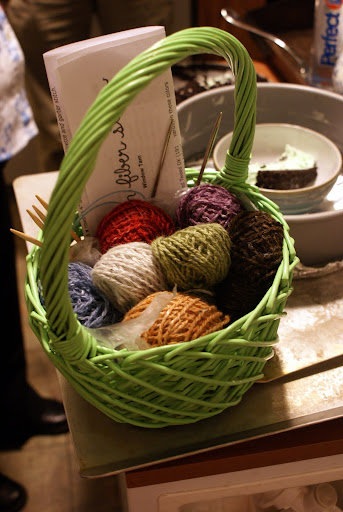 The high and holy day of Easter was a wonderful party. Church in the morning was so full of joy – songs in four parts in major keys – that I practically levitated on the way home. We made sure our feast was easy – crock pot lamb, simple salad, and roast veggies – and we followed up with an afternoon of video games and a movie. 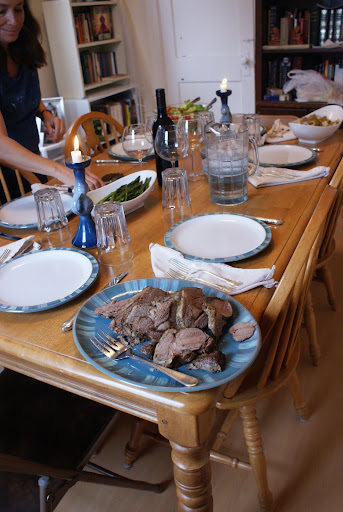 Monday I was back into the crazy time (Monday I reskeined about 30 skeins of sock and lace yarn, Tuesday took up my whole day with labeling and shipping the last of the Sheep & Wool stuff, and Wednesday was entirely eaten up by pattern editing), but I had knitting in hand. I don’t want to do a full reveal on this fun new design before it’s ready to release, but I’ll give you a sneaky sneak preview… 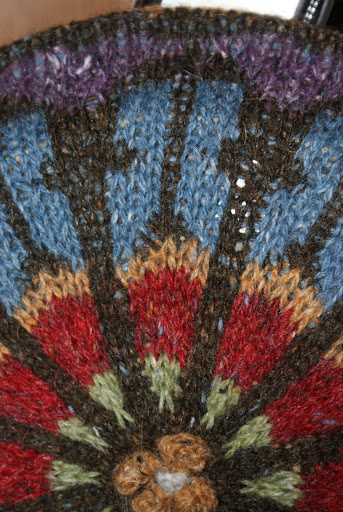 This is one of two hats based on a big stained-glass window at my church. This one is made with the KAL leftovers; the other is made with Kirby Woolpaca and will debut at Sheep & Wool.

It’s a unique shortcoming of my selected callings that the two biggest yarn-related deadlines (Christmas and Sheep & Wool) fall at exactly the same time as the end of the two semesters. It’s taking all of my self-control to make myself sleep and eat, and time has slowed to a crawl as I work one 14-hour day after another. The next two weeks are still going to be incredibly difficult, and I can’t shake the feeling that it will take a miracle to get through both school and wool obligations on time. But it is oh, so good, to have wool back on the needles in my hands. It’s sort of like having a honeymoon in a war zone, except, you know, not as big a deal as either a honeymoon or a war. The joy of Easter, as much as I can connect with it, keeps me smiling, makes me so greatful that I enjoy all this work so much that I want to get up in the morning and work on it until I collapse. The exhaustion of my life is no great crisis, is the responsibility that comes out of blessings from answered prayer, and I try to remember that.

But boy-o. When May 14th rolls around, I am going to buy a case of frozen pizzas and a case of dogfish IPA, and lock myself in my house with my beaded shawl and Battlestar Galactica on Netflix, and no obligations except catching up on sleep.

One thought on “Joy in the Storm”