Back at the end of January, before we were all sick to death of snow and cold, when we were still in the starry brightness of the season of Epiphany, my very own Drama of Scripture scarf came off the blocking wires. Jared & I took it out for a photo shoot. I had no idea what would be happening over the next three months, figuring that if nothing else it might be fun to have a record of different ways to wear a really long, wide scarf. I stored the pictures away, and the scarf went away to be displayed at the shop. 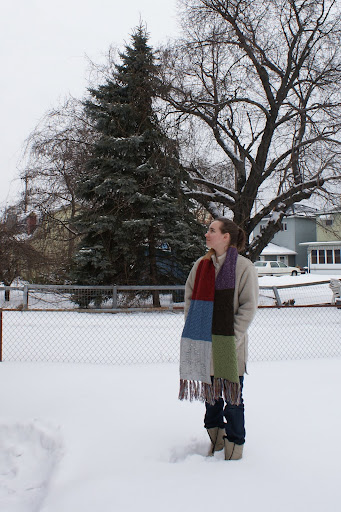 Then Lent happened. Weeks without knitting forcing me to face all my demons. Swallowing my pride and gritting my teeth, sending out errata notifications. Late nights writing essays for the blog. Lots of work – very rewarding, but Serious. 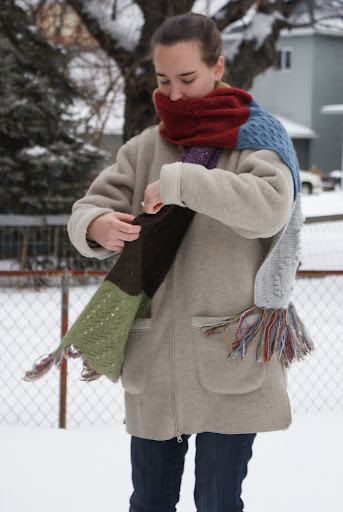 After a Lent like that, waking up on Easter morning feels like I imagine a chick must feel cracking its way out of an egg. Blinded by all the joy after so long cramped in a dark little place, a bit of a headache from bashing beak and head against the shell, feeling sorta sticky and rumpled and unpresentable. It’s… unnerving. But by golly, it’s so gorgeously wonderful, I can shake out my wings, fluff out my feathers, and get on with the chirping. The dust is coming off my needles today, and I will be flying high and praising God for the gift of knitting. 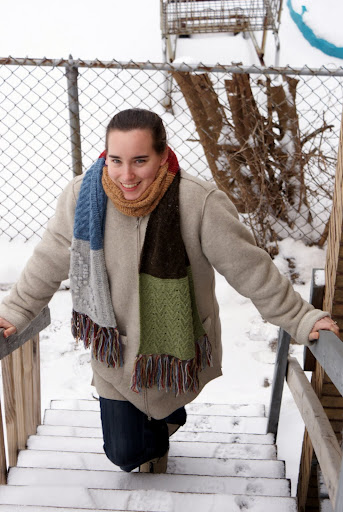 And to top everything off, in a weird fluke, it is supposed to be rainy as heck all weekend and a bit brisk as well. It never occurred to me that I would be thankful for weather like that. But it finally dawned on me that, gee… this means I can wear my scarf on Easter! 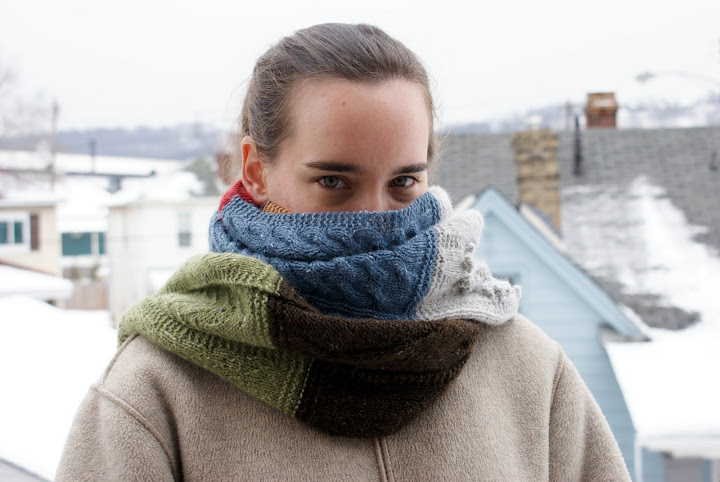 The dawn of a new day is long awaited, but can be rather blinding. I don’t know what to expect of the next season in life, though I expect there will be lots of hard work and joy and errata emails and leftover lamb and handspun yarn. 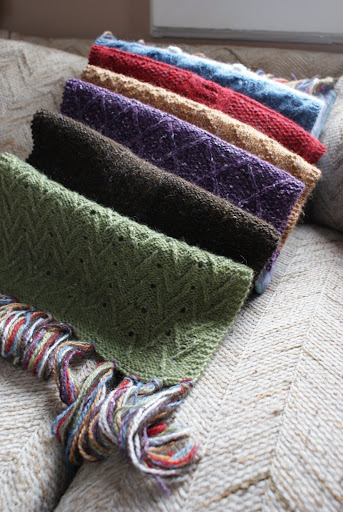 But I do have a shiny new scarf waiting to be worn. And today when we go to church, we get to participate in the story it tells.

One thought on “Easter Joy”