“But please, please–won’t you–can’t you give me something that will cure Mother?” Up till then he had been looking at the Lion’s great front feet and the huge claws on them; now, in his despair, he looked up at its face. What he saw surprised him as much as anything in his whole life. For the tawny face was bent down near his own and (wonder of wonders) great shining tears stood in the Lion’s eyes. They were such big bright tears compared with Digory’s own that for a moment he felt as if the Lion must really be sorrier about his Mother than he was himself.

“My son, my son,” said Aslan. “I know. Grief is great. Only you and I in this land know that yet. Let us be good to one another. But I have to think of hundreds of years in the life of Narnia.”

Discussion of the Fall is largely about sin, which is a highly worthwhile topic. But the Fall, though it started with human choices, led not just to human badness, but to everything that is wrong with the world. That’s why I think this week is a good time to address that most sensitive topic:

Why do bad things happen to good people? Or, to boil it down to a more theological variant of the same question – If God is good, why does evil exist?

Theologians have lots of answers to this question. There’s even a fancy theological word for the discussion: “theodicy.” The arguments are many and varied, and tend to fall into a couple of categories – one argues that sin came about because of free will (as Meg discussed on Tuesday), and one argues that God is sovereign and had reasons that we don’t understand. These arguments are paradoxical, but not contradictory; they’re two sides of the same coin, so to speak.

One of my favorite bits of Dante’s Divine Comedy is in the “Paradisio,” when Dante has ascended to the fifth (I think) level of heaven, where the highest saints exist in pure light and worship, and angels ascend and descend Jacob’s ladder. Dante manages to corner one of these saints, who looks deeper into the mind of God than almost any being, and asks him about predestination. The saint basically says, in Italian holy-ese, “I have no clue, man.” Many of the best theologians, including Augustine, have come to the same answer on theodicy. 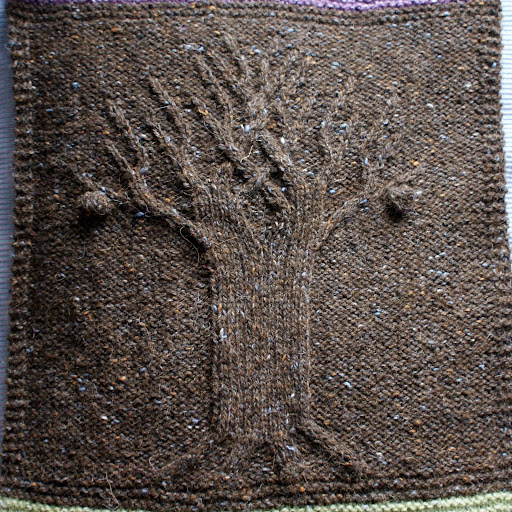 But this all sidesteps the larger question behind the original question above. The truth is, most of this theology doesn’t matter to the person asking this question.

I figured this out because, starting about ten months ago, I was the person asking that question.

If you’ve ever found yourself asked “Why do bad things happen to good people?” It’s probably the outflow of another conversation that person has already had, which included a line something like “God, how could you let this happen?” That’s the real question. It’s a question of grief, and it’s not abstract or theological – its immediate and experiential. You can theologize brilliantly, maybe even getting some comfort out of these ruminations, but you won’t be answering the real question.

The truth is this: the only thing that could make it better… is if it hadn’t happened.

As for the answer to the original question – “God, why did you let this happen?”

The only compelling “answer,” I think, has no words. It’s Jesus showing me his nail-pierced hands. I am a long way from “fixed,” and I still struggle to believe this on a regular basis. But it’s the only argument that holds any water with me.

Jesus says to me, “your pain is why I came to die. I never wanted this for you. I have been right there with you through every moment, knowing it and hurt by it more than you can imagine, and I feel every bit your pain with you, with my own pain added to it.* But I did something about it. I died, killing the source of all evil with me, and I rose to life, conquering death.** I know, everything’s not totally fixed yet. I delay because once it’s fixed – via Me returning to reign in my Kingdom – no one else will have a chance to believe in me and join that Kingdom, and I want everyone there with me as will come.*** You can look forward to that day, when there will be no more tears.**** I love you, and everything will be okay.”

**”5For there is one God, and there is one mediator between God and men, the man Christ Jesus, 6 who gave himself as a ransom for all, which is the testimony given at the proper time.” – 2 Timothy 2:5-6

****”1Then I saw a new heaven and a new earth, for the first heaven and the first earth had passed away, and the sea was no more. 2And I saw the holy city, new Jerusalem, coming down out of heaven from God, prepared as a bride adorned for her husband. 3And I heard a loud voice from the throne saying, ‘Behold, the dwelling place of God is with man. He will dwell with them, and they will be his people, and God himself will be with them as their God. 4 He will wipe away every tear from their eyes, and death shall be no more, neither shall there be mourning, nor crying, nor pain anymore, for the former things have passed away.'” – Revelation 21:1-4.

For Futher Reading: C. S. Lewis is my go-to on the subject of grief – he has an enormous brain, and he’s been through the worst of it. In addition to The Magician’s Nephew, he’s written two books called The Problem of Pain and A Grief Observed. Full disclosure: I’ve not read either of these myself, but I own them both and I intend to read them, and know him well enough that I can recommend him sight unseen.

2 thoughts on “Reflections on Clue #2”