When I received the Milarrochy Heids book in the mail, N took one look at the cover and said “I want that hat.” Well, to be honest, I think we all had that reaction.

I made my own Breiwick from leftover BT Loft. N tried it on and wanted it for her own, but it was big on her… and again, being honest, I wanted it! I only got it back by promising her one in the cover colors.

I don’t know what pushed me over the edge into casting on. I think I was pushed into a case of YOLO/FOMO by a migraine last weekend that had me spending most of the day lying around thinking about making all the things. I was also feeling stuck on sleeve island and needed a jump start. So I said “forget it” and cast on six days ago.

I’m trying to think how many times I’ve knit something in the colors called for in the pattern. It’s very rare for me even to use the yarn called for. I’m usually finding patterns to fit my stash, or at the very least tweaking a pattern to make it feel like my own. I could think of two other times. One was a kit Mom got for me when I was eighteen; the other was a kit that I knit on commission (also a Kate Davies hat, as it happens).

But this was just delicious. I thought it might feel less creative, but honestly the creativity of knitting is rarely in the actual knitting. I’m usually following a plan, even if it’s my own plan. The creativity is in the planning, and I enjoyed considering Ella Gordon’s lovely plan just as much as I would enjoy making my own. 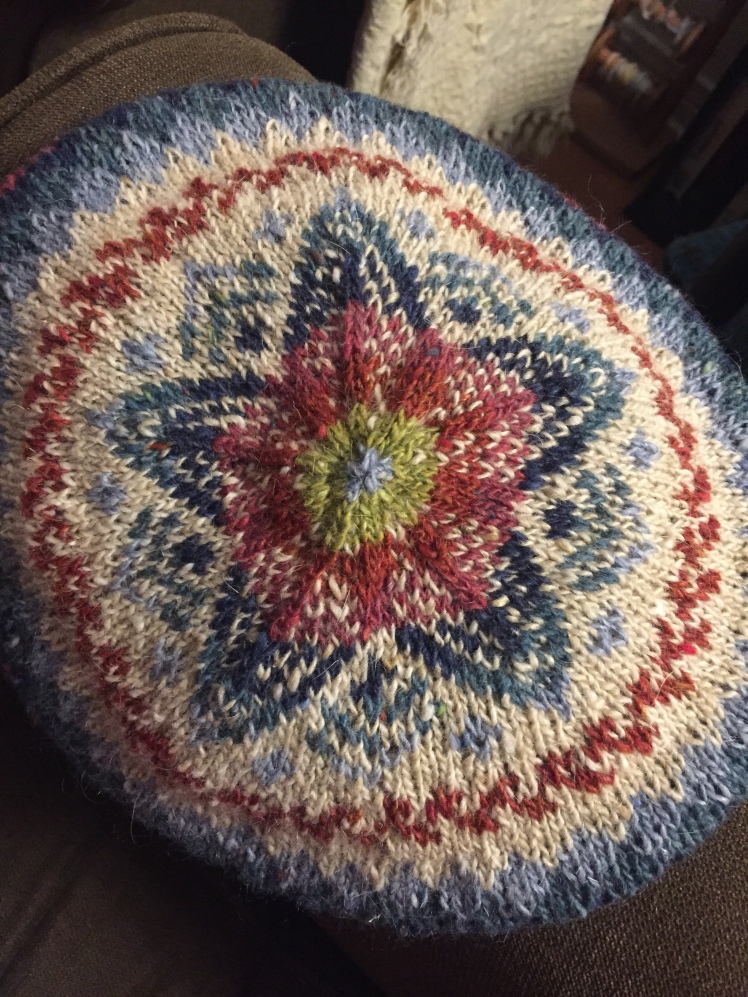 And that’s not to say I didn’t tweak it. I sized the thing down by taking 1/6th out of the pattern all around. The top had six points, so I effectively started by taking out a petal from the flower and working from there. I had to recalculate for every increase and decrease point (it’s a beret, so there’s both), and with a little massaging, the numbers all worked out.

We’re reaching the tail end of N’s birthday weekend. She wanted a “princess party,” so everything was crowns and Elsa and Rapunzel. She designed the cake, and I executed it.

I have to show you the cupcakes just because they make me happy. Just messing around. Icing takes surprisingly long to warm up just right in the tube when it’s been frozen for a year, but once it’s in that sweet spot, hooray! It’s way better than play-doh.

These were all done with one tip. I’m seized with the urge to make more cupcakes just to goof around with the 20 other tips that came with my set. Well, there’s plenty of birthdays coming up.

I decided last night to turn N’s present time into a scavenger hunt. Here she is finding the hat. 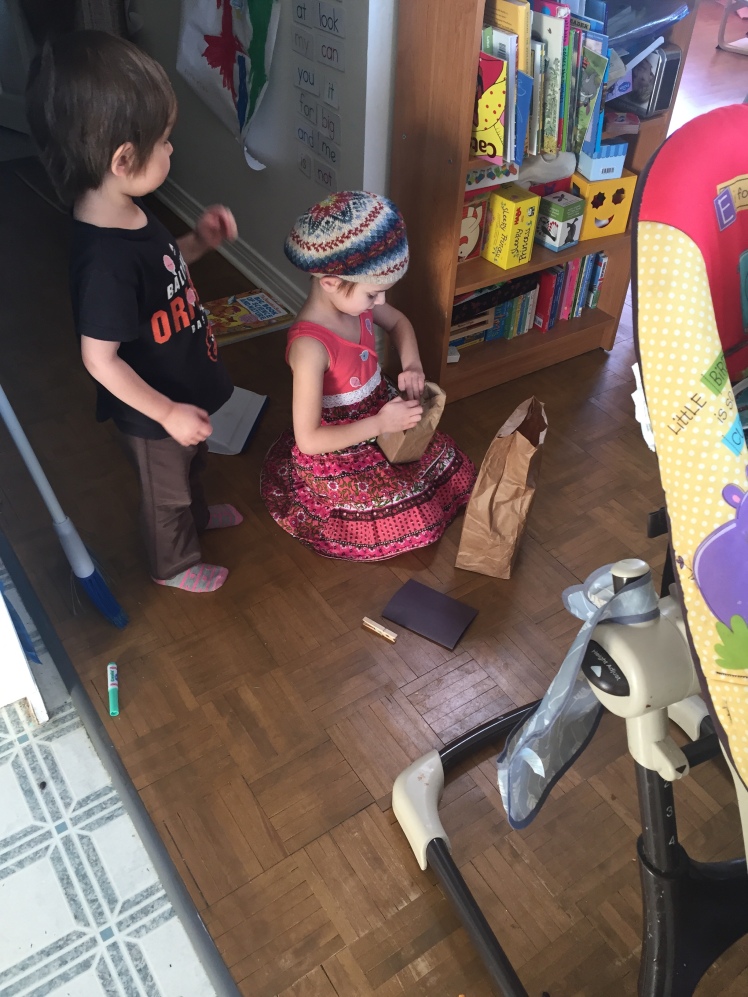 She jammed it on her head and was onto the next thing. At present she’s in her room deep into a new LEGO (which I’m pretty sure is the main point of having a birthday when you are six), the hat presumably still on her head. It fits perfectly. I think I’ll go sneak in and take a picture of it on her head. 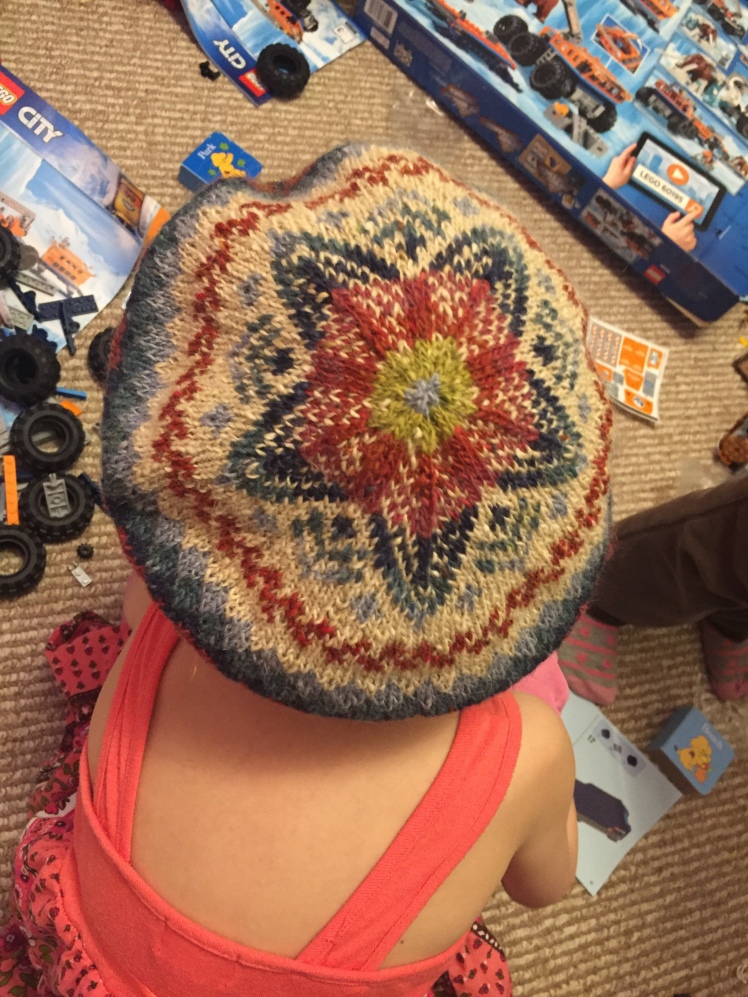 I would add some musings about how time flies and it’s amazing that she’s already six, but to be frank I’m just in shock.

I love this kid. Keep those big brains warm, girlie.