The fact that I posted that last essay, that I was so obviously displeased with, instead of just deleting it, is evidence itself of how bad I am at letting my “mandalas” blow away. Oh well.

I’m going to make it even worse. I’m about to show you lousy pictures of my food.

During a down week (i.e. when I wasn’t preaching), I spent my free time researching church holidays. I keep being inspired by the catholic cuisine blog, but, well, I’m really not Catholic (at least not Roman Catholic), and there are lots of things on there that are Just Too Catholic for me. We have plenty of our own feast days in the Anglican church, and there are more ways to celebrate than with baked goods. So I started my own. I researched feast days, days of optional observance, different calendars for the US and Canada, movable feasts, etc. The result was a massive spreadsheet, color-coded and everything, to draw from as we do meal planning and family prayers.

(I wasn’t kidding about the lousy food pictures. Most of them I even took on my phone. This is going to be truly unappetizing. Don’t say I didn’t warn you.)

It all started on St. Hildegard’s Day, September 17th.

St. Hildegard is pretty interesting. I would definitely come back to her day; there are copies of her books to read, and whole coloring books for kids about her visions. Never mind that they might have been hallucinations brought on by horrible migraines. Anyway, she was also kind of the original health nut, so we made some whole-wheat spice cookies, a variation of a traditional cookie for her feast day. 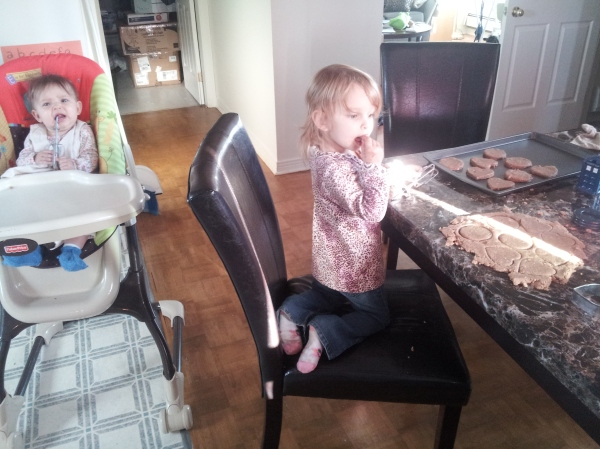 Two days later was the feast of St. Januarius, September 19th. I did some research, and he seemed a pretty benign saint for Anglicans to remember; he’s an early church saint, a missionary, bishop, and martyr. He’s a big deal for Italian-Americans, to the point that there’s a ten-day festival surrounding St. Januarius’ day in Little Italy, with a trademark sausage sandwich and everything. There was a chicken version on CC that I made for Sabbath dinner, with a friend’s recipe for homemade rolls; they were fantastic. 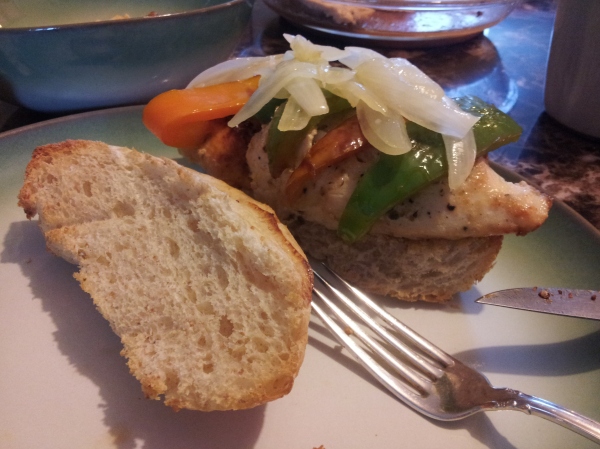 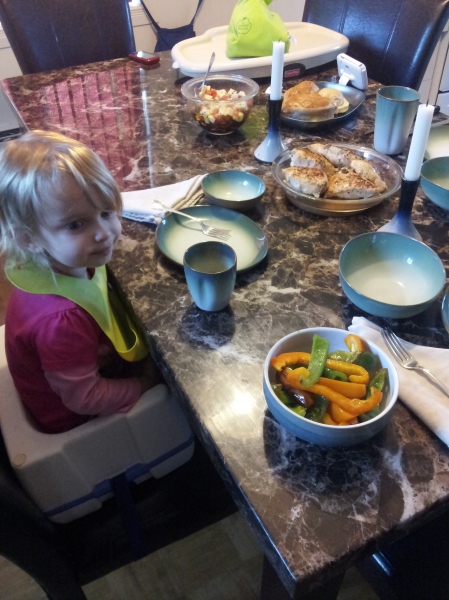 Then I found out that the big deal about St. J is that there is purportedly this vial of his blood in his hometown of Naples, that is understandably crusty and old, but every year they bring it out and it “miraculously” liquefies. O…kay. That phenomenon made for some interesting wikipedia reading.

Then back on CC, someone had the delightful idea of commemorating the blood of St. Januarius with… strawberry smoothies.

We stuck to the sandwiches.

For dinner on St. Matthew’s day, September 21st, I made silver dollar pancakes.

Silver dollars! ‘Cuz he was a moneylender! Get it?!

September 22nd brought my first original association, for the commemoration of Philander Chase. He was a pretty stand-up guy – a missionary bishop in the early days of pioneer America (though of course one hopes he didn’t royally mess things up in relations with Native Americans), and later Presiding Bishop of the Episcopal Church.

He was bishop of Illinois and Ohio, so what did I make? Cincinnati Chili, of course. (Never having consumed it while I actually lived near Cincinnati, I have no idea what it should taste like, but this recipe seemed pretty legit, and it was super-tasty. I did add a can of kidney beans to stretch the meat; I could have added two or three.) 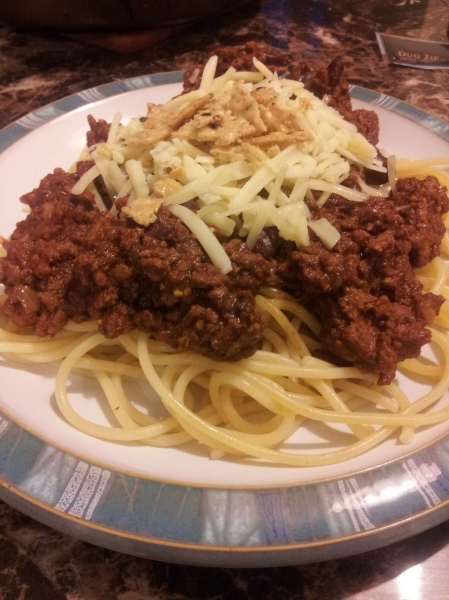 Later that week, we took a slightly different tack, as it was Ember Week. Ember Week is a traditional time for Anglicans and Roman Catholics, observed on the Wednesday, Friday, and Saturday of four different weeks during the year. I don’t know all the details, but I learned it as a time to pray for those pursuing ordination. During the fall Ember Days, it’s also a good time to insert a little special fasting to an otherwise very Green season. 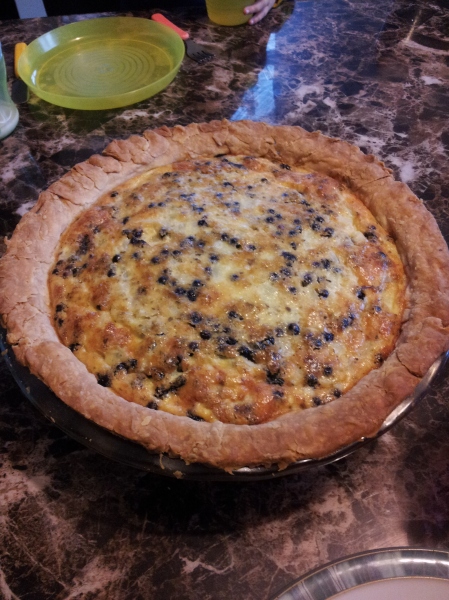 I got pretty excited when I realized I could probably use the crowberries we’d picked in a traditional Ember Day Tarte. I doubled the recipe, thinking to make two, but that only ended up filling one pie crust. I had next to none of the called-for herbs, so I just dumped in a bunch of Italian seasoning. Weirdly, I did have saffron. The result was pretty tasty, if an unusual combination of the sweet and the savory.

Tomorrow: Bread! And we go a little Angel-crazy…