My epic colorwork blanket has been done! Actually, it’s been done for nearly six weeks! 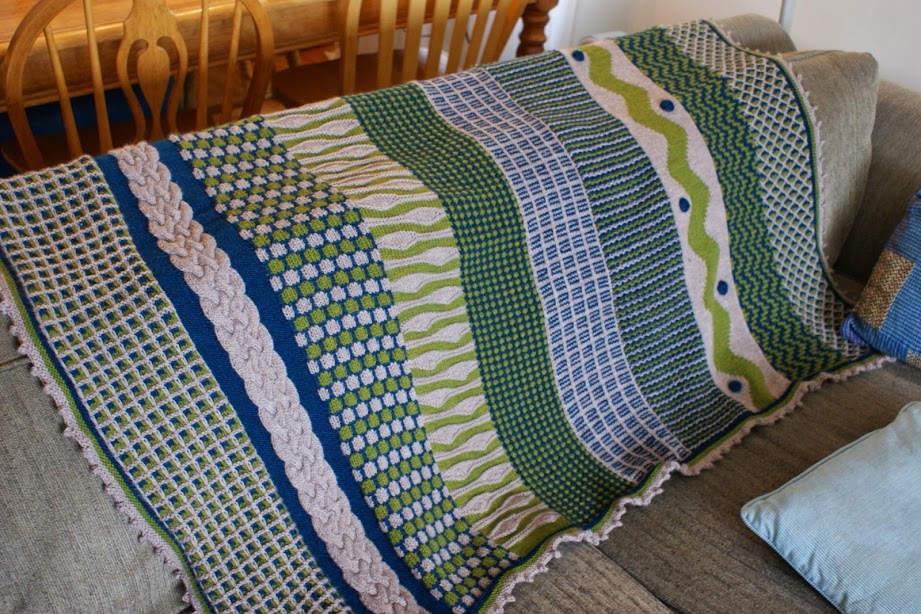 I finished it just a day or two before we shipped out to Iqaluit. I took the time to snap these few pictures, thinking I’d blog about it while we were gone (ha!). Then I thought I’d blog about it after I put the backing on. But now I keep looking at that backing fabric, that I bought during a fit of insanity while at Joann Fabrics during a sale, and all I can think is “But I don’t wanna.”

The pattern is Building in Color by Michelle Hunter. Michelle is quite the teacher, and is incredibly clear as she communicates new concepts of working in color. She made teaching this as a class extremely easy. You could pick up this book and go never having done more colorwork than stripes, to knowing all the major (and most minor) colorwork techniques in existence, apart from fair isle. She made her own videos for every point she could think of, and my students all found them super-helpful.

My only warnings? (Not even complaints, just fyi.) (1) This is a big dang project.

I made it pretty much to the size specifications in the book, using Berroco’s economical, pretty, and unobjectionable wool/acrylic blend Vintage DK. I expected it to take 4 skeins of each 288-yard skein, but I didn’t end up breaking into the 4th skein of any color. Still, that’s around 2,500 yards of knitting, most of it fairly complicated.

(2) Sewing up the strips took forever and was a pain. Especially with all the variation in row gauge. But hopefully you wouldn’t make it through all those epic strips and then fall off the wagon at the end. 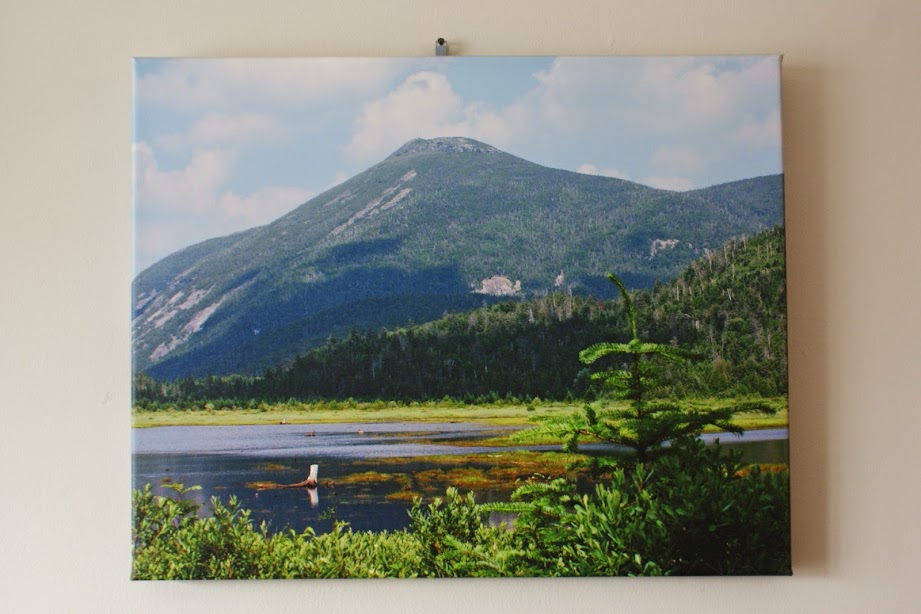 For once, I was knitting the project along with the class, but keeping the product for myself. This photograph, hanging in our living room, was the inspiration. I took the photo on our honeymoon, and Jared had it printed on canvas for an anniversary present. It’s from our little two-day backpacking excursion up Mt. Marcy in the Adirondacks. (This isn’t Mt. Marcy; I want to say it’s Mt. Colburn or something else that starts with a C.)

A lot about our living room is quite expendable, but not this picture, or a few others, also of the natural variety. I think these three heathered colors of Vintage DK capture it nicely. 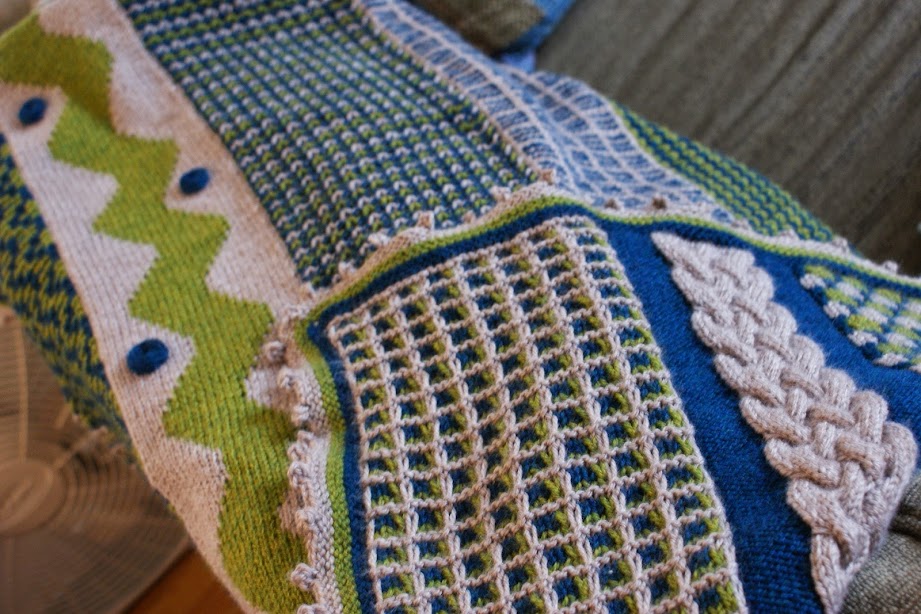 I can’t believe I started this thing last April, and here it is March. Sheesh.

Being DK weight, it should be just right for snuggling under as the winter ebbs up here. It’s so pretty that I haven’t been willing to use it, preferring just to look at it fetchingly draped over a couch or chair. But I did make it to be useful, so for the purposes of this post, my perpetually cold feet are snuggled under it right now. 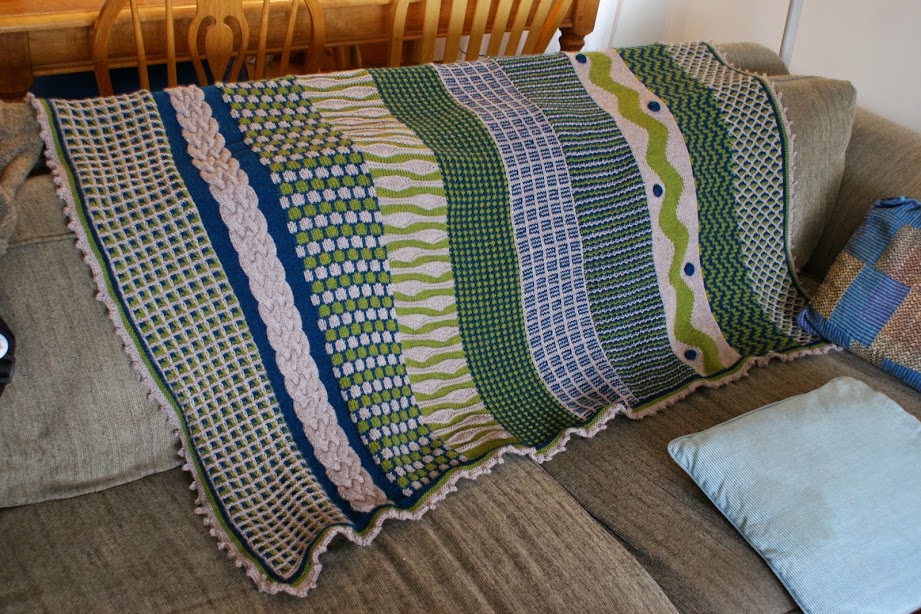 2 thoughts on “Color Me Done”