To the chairwoman of the Self-Imposed Sock-of-the-Month Club,

I am writing to let you know I have had enough.

I joined your club nearly two years go, admittedly not at the most strategic time in my life. I had such a great run with your program the first time around, that after a nice break, I thought I was ready for another more. So what if I was about to have my first child! Knitting is a priority for me, and I was willing to commit to your sorority.

I tried. I really tried. You were gracious when, near the beginning of the series, I needed a couple months for maternity leave. But since that brief reprieve, your draconian policies have brought me no end of trouble. I knew you were demanding, but I was unprepared for the impact on my knitting life.

Just take the pair of socks I knit for May. They’re beautiful, right? 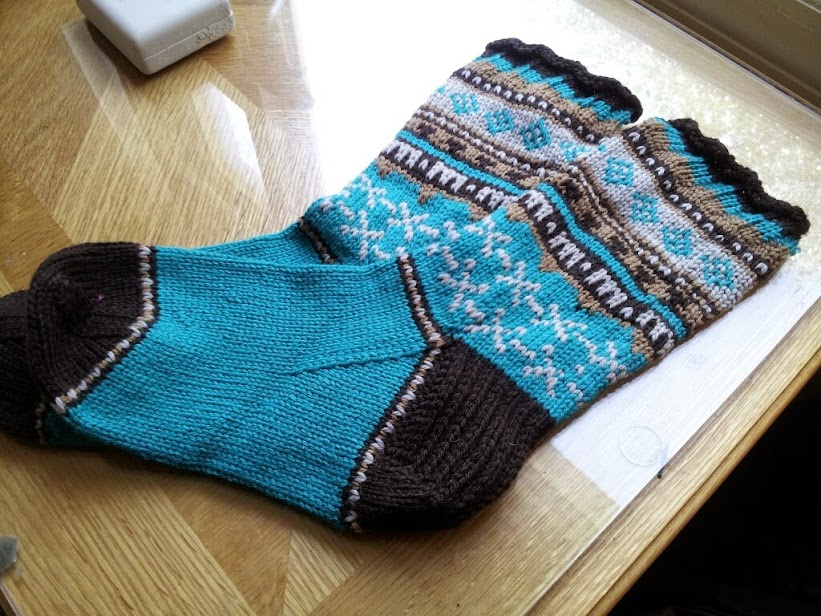 Just check out that fair isle. The sheer variety of patterning. The handily large gauge. The four daring southwestern hues of Knit Picks “Stroll Sport” that I picked out just for this project. (The pattern’s name is “Santa Fe” by the way.) 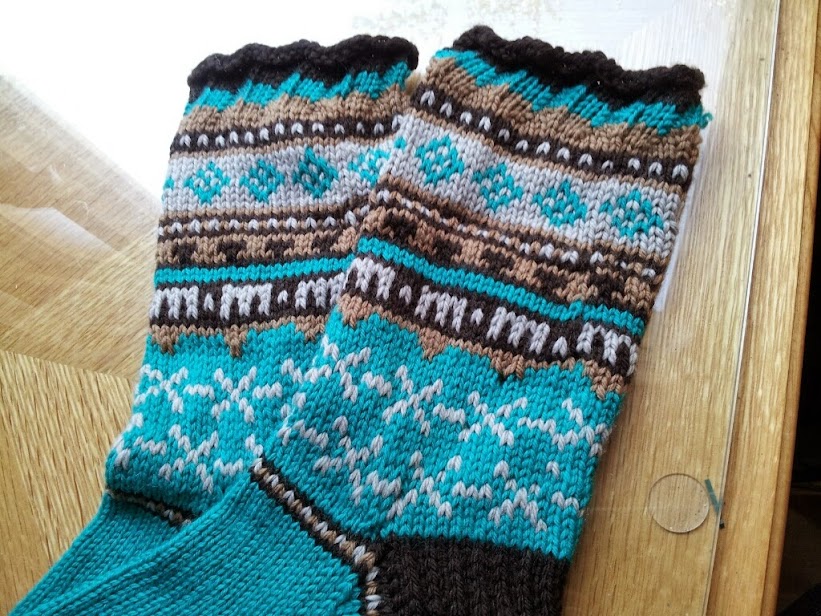 There is no reason in the world that these should not have been my favorite socks of the project. But you know what? I didn’t care. I had two weeks in which to knit them, and I resented them. I blasted through the pretty patterning, and met the open swaths of stockinette with relief. The finished socks got shoved to the bottom of my project bin, not getting so much as a blog post.

I blame you entirely.

And don’t even get me started on this “month’s” socks. I couldn’t look at a skein of sock yarn without gagging for most of the summer, but I finally faced the music in late July. “Traveller’s Socks” are probably the most difficult pair in the book, with an exquisitely patterned cuff of traveling stitches. I love traveling stitch patterns, but even so, it took an enormous effort of will to get through the first sock in early August. 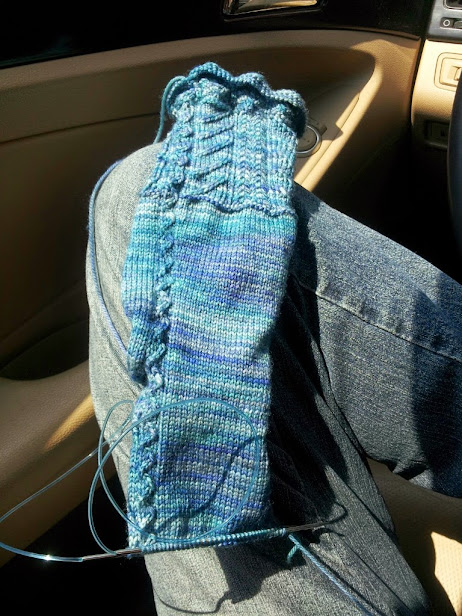 And you know what? This is the closest I have ever come to the clawing grip of Second Sock Syndrome. It took me two weeks to even cast on the second sock. It was only by bribing myself with a new project that I forced myself through the cuff while on vacation. I should be eating this up, chairwoman! But no. I look at all those delicate cables and want to do nothing but chew it up like a chihuahua working over the trauma of being bullied by sheep as a pup. 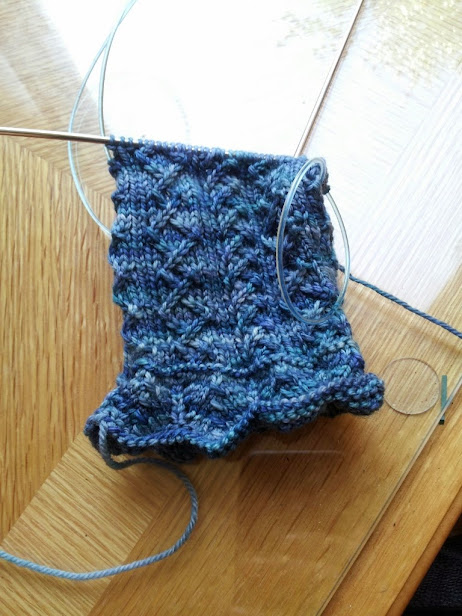 I know my membership is irrevocable, and if I languish for too long, I may invoke some kind of moth-curse as punishment. So I’ll cut you a deal.

I only have two pairs of socks let to knit before my obligation to the club is complete. There are four months until Christmas. I think I can reasonably force myself to knit one sock a month until then.