When I was a little kid, my uncle lived with my grandparents, and when we went to visit them, my uncle would take my on adventures. My favorite thing was when he would bungee a throw pillow to the luggage rack of his bike, and I’d ride precariously on it while he biked us to High’s or 7-11 and got me whatever candy I wanted. My favorite was always Everlasting Gobstoppers – the hard candy that would change colors as you sucked through different layers. They made the candy experience last as long as possible. They were what I thought of this week as I plied what can only be described as Gobstopper yarn.

Last Christmas, Mom went crazy giving me gradient yarns. She gave me a finished yarn, a gradient roving, and something in between: unplied gradient singles.

My helper helped me take pictures. 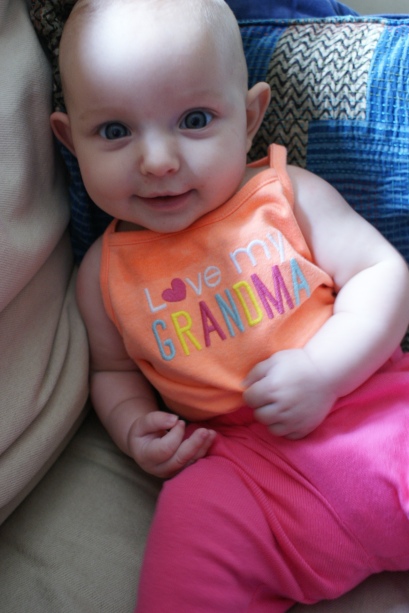 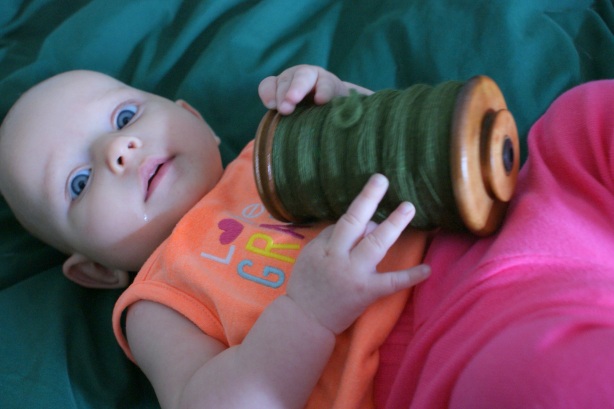 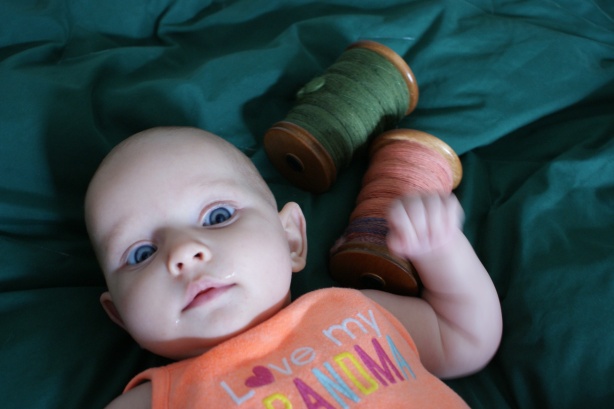 The singles were spun from a loop batt, which mostly filled two bobbins with its generous 5+ ounces. As I started spinning, I realized I had no idea what colors were in the batt! As I chain plied off the bobbins, new colors were revealed little by little, just like the Gobstoppers I used to get. 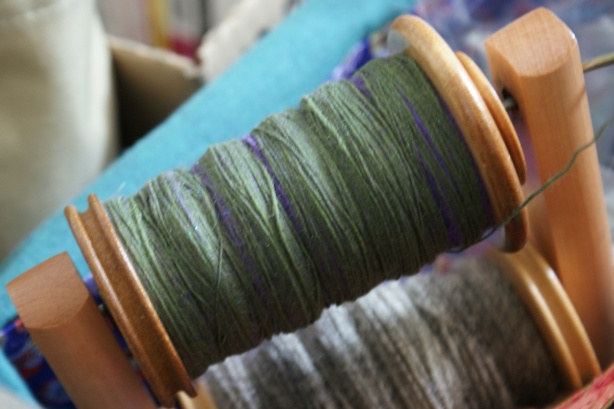 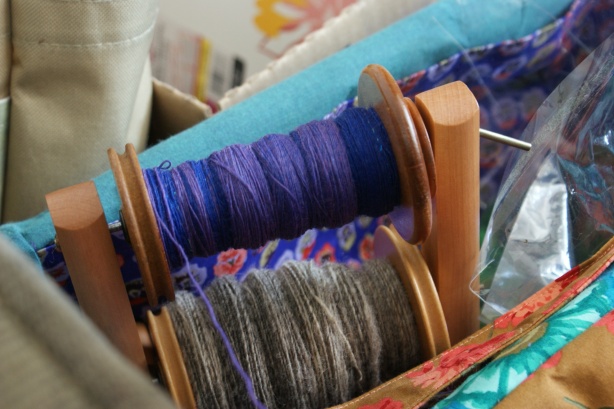 Meanwhile, the plied colors built up in reverse order on the bobbin. 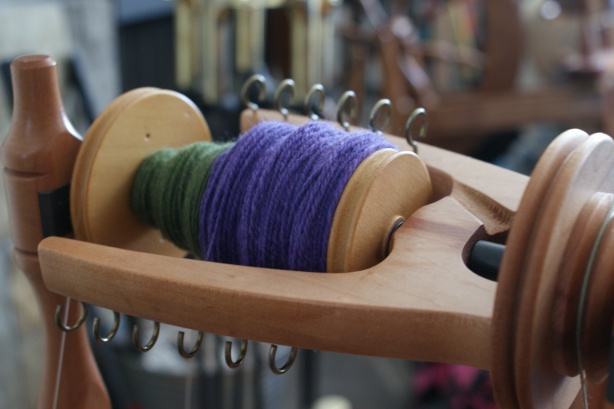 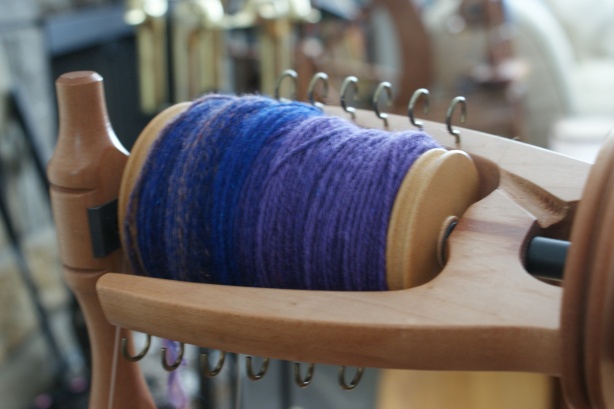 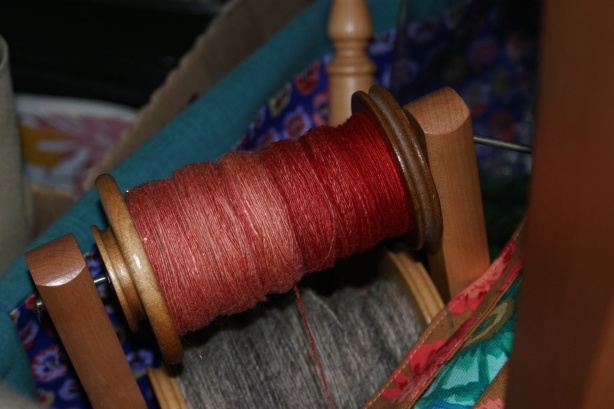 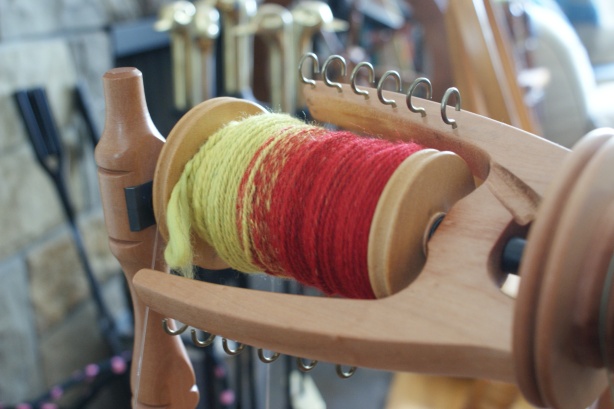 Mom’s target was to spin thin enough for a 3-ply DK, and she definitely succeeded. With 390 yards total weighing about 5 oz, it’s probably closer to a sport weight. 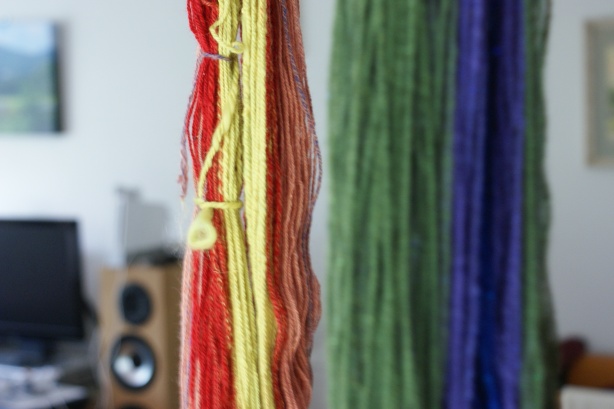 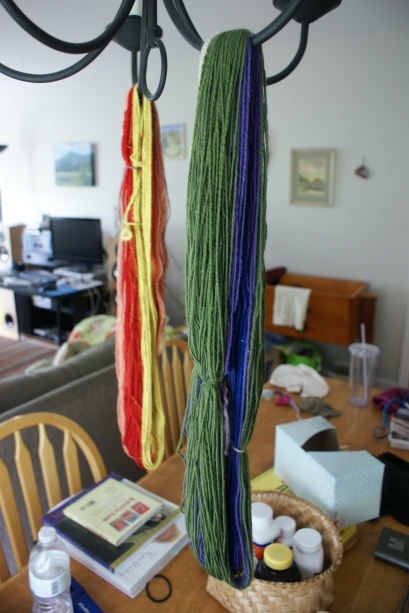 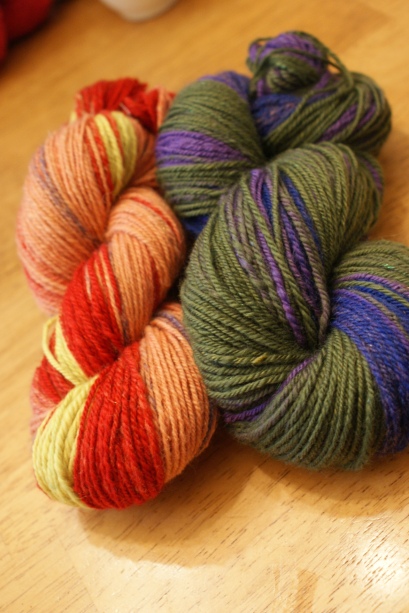 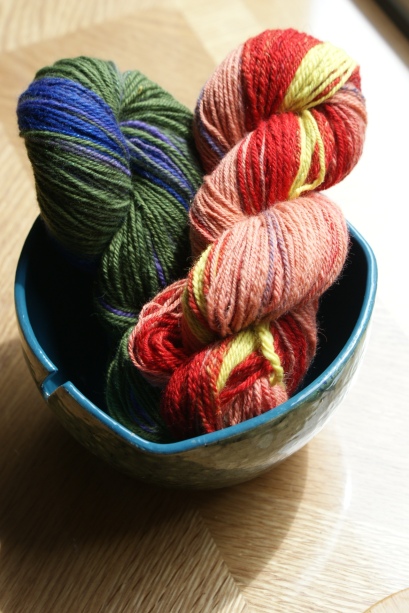 It’s way fun a sort of strange rainbow cross-section, and it took a good bit of self-control not to wind them into a cake-ball so I can see the whole gradient together.

The question is, what can I make out of 390 yards of DK that doesn’t come in pairs? Aside from a scarf?

One thought on “Everlasting Gobstoppers”