Early Wednesday morning, I packed two new knitting projects. One was a super-simple, interminable project selected for a hospital stay. 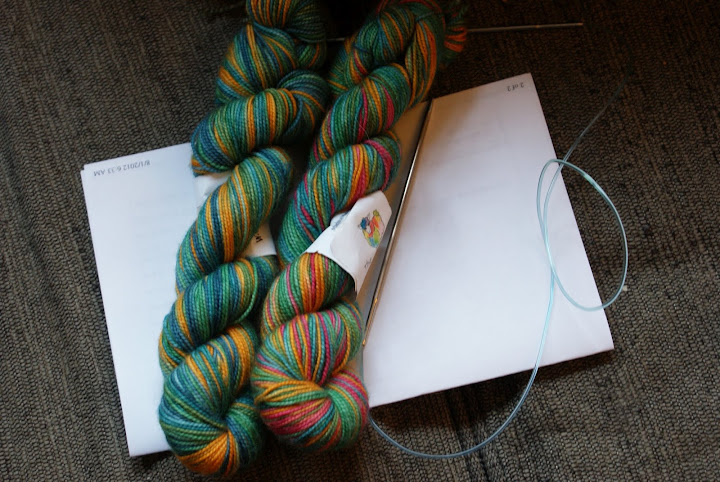 The other was a baby sweater. 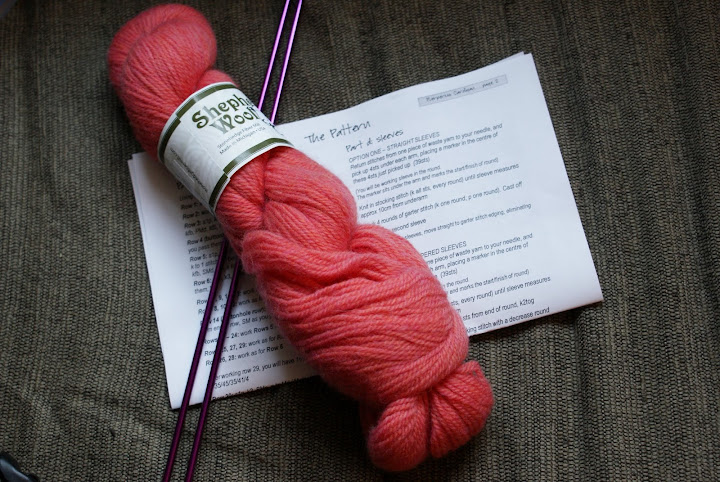 I wound the skeins on the way to the hospital. I would cast one of them on after a procedure that would occur at 8:45 a.m.

On the way home, I cast on the baby sweater. 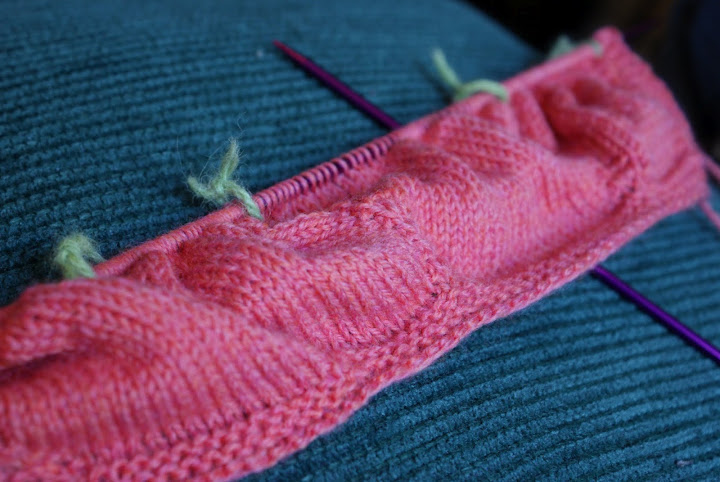 Meet Cyril(la). 12 weeks old. Real. Extant. Has a heartbeat. Moves around. Two arms, two legs, thumbs, a nose, and about the size of a large plum.

SO helpfully labeled below. See the little object at the front of the head? That’s a hand. (S)he had both hands right up to his/her eyes the whole time. All together now: *D’AWWW*. 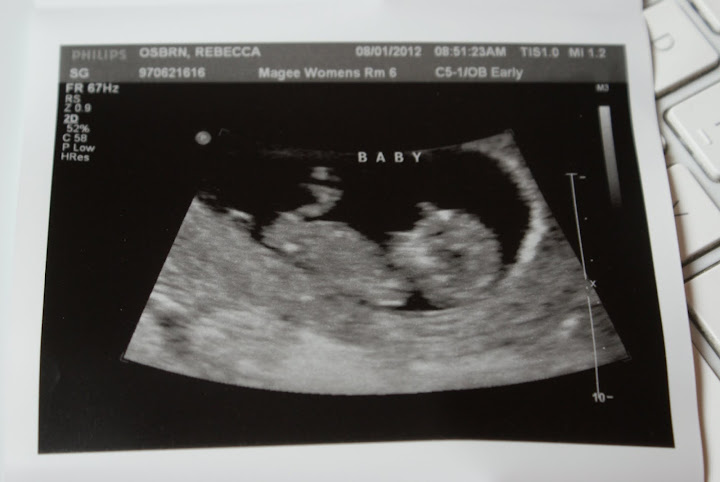 I look pretty much the same as I have for the past six months, but I can no longer comfortably wear clothes that hide my pre-existing pudge. So I comfort myself and say it’s the beginning of a baby belly.

Allow me to answer a few of your imaginary questions.

(1) Yes, I’m going to post baby stuff on this blog. I really didn’t like being blindsided with ultrasounds and pregnant pictures on facebook, so this will be a place where friends and family can see these things who want to.

(2) No, this isn’t going to become a baby/family/homemaking blog. This blog has never been primarily about our business. It’s my creative outlet, where I can feel free to talk about my life, what I’m up to, what I’m making. Right now, one of the things I happen to be making is a baby.

(3) This hasn’t changed my seminary plans. I have a way to stay full time for at least the next year and a half, and we’ll play it by ear after that.

(4) This does change my business plan. We’d already begun to shift most of the dyeing to Mom; now she’ll be doing everything except a couple of very non-toxic processes. I’ll stick with the back-end stuff, the designing, and the writing.

(5) Yes, this is why I haven’t been posting as much lately, and I at least feel like my posts haven’t been as creative or well-written. July and the second half of June made very few demands on me, but I had almost no energy to do even what remained to me. I’m starting to get it back, but very slowly. (And the mysterious “medicine” I alluded to earlier? I’m also taking progesterone, which exacerbates pregnancy symptoms.)

(6) We’re due in mid-to-late February. The date has changed with different doctors, but my original calculation (only one day off from the ultrasound estimate, boo-ya!) was February 14th… known alternatively from the obvious to some liturgical nuts as Cyril and Methodius day. I got kinda attached to the name(s) Cyril/Cyrilla… hence the nickname. I like it better than “baby” or “parasite.”