We’ve been back from Florida for two tumultuous weeks, and I’ve hardly blogged about it at all! I blame my stupid phone, that I despise. Yes, I’m grateful to have a phone at all. I just want my old phone back! I should write a country song about it. Anyway, until I coax and cajole my wretched phone into yeilding up pictures of our Florida yarn crawl, I’ll tell you about something else that’s gone awry.

Do you remember this roving? 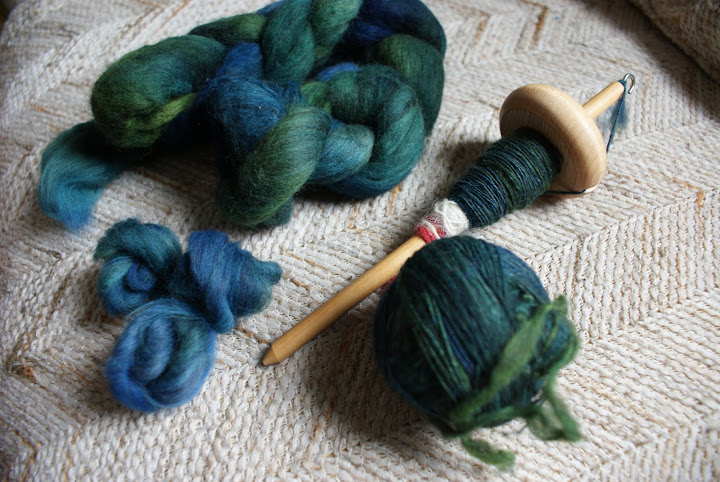 This picture brings back memories – back when my favorite backdrop for yarn and projects was the loveseat we got rid of when we moved because it kept trying to eat our guests – as in you sit down and your bum is nearly on the floor. The above was the third spindle-borne project that I started last Lent, during the Great Knitting Fast of ’11. This is the last picture taken of project before it was thrust in a decrepit old plastic bag and forgotten for a year.

Unfinished projects bother me. They just do. I’m not one of those people that has a closet full of UFOs, because I just have to finish things. Knitting/wool is the one area of my life where I have some modicum of control over what happens – if I work on it, it gets done; if I don’t, it doesn’t. There’s no serendipity of words and ideas, no relying on anyone else… just stitches piling up on each other until I’ve got a thing.

So I brought this stuff to Florida with me, determined to finish it. Having learned a good deal on my wheel in the interim, I was a little annoyed at how I’d done the singles so far, but I stuck with it. The yarn was meant to be sort of irregular anyway. I blasted through the singles in my free time, so that on the last morning, I could start plying over the railing. 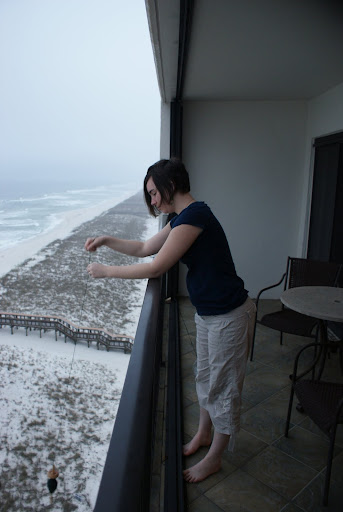 That was fun, though I didn’t get very far. I had to put way more spin into it than I thought I should. But I kept going, unwilling to admit that something was wrong until, nearly done the plying, I stopped and took a hard look at my work. 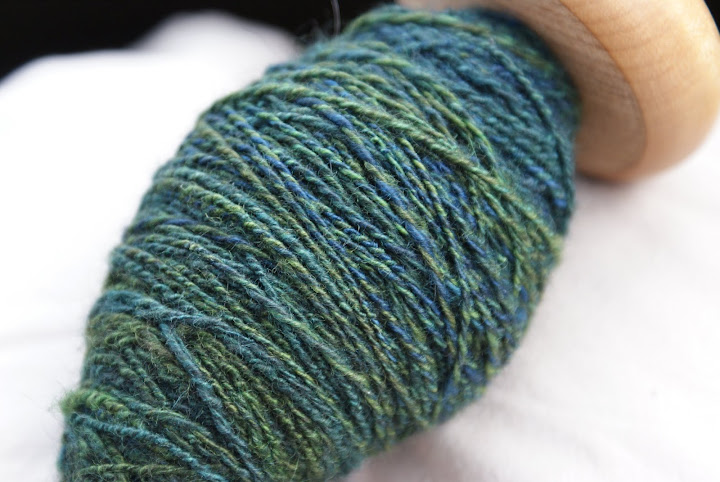 If you are a spinner at all, you can probably spot what’s wrong. I was plying the wrong way – the same direction that I spun the yarn. If you’ve ever tried to make a rope by twisting two strings together, you’ll understand: I was to spin the two singles with the spindle going one way, then twist them together going the opposite direction, so all their twisted-up energy could be released in twisting around each other. I’ve known this concept since I was six, twisting together the fringe on the end of grandma’s rainbow afghan. And I messed it up through 4 oz of 2-ply Really? I mean… really? I’ve been spinning for how long, and I get this wrong?

I tried to tell myself it would be okay. I was kinda thinking about cable plying it anyway, so It would just be a really tightly spun cable ply. But after I finished wrongly plying, hand-wound it into a center pull ball, and started trying to ply it again the other way, it was just a mess. When my center pull broke, I gave up.

This means I have to re-ply the whole thing. And baby, you can bet it’s happening on a wheel.

One thought on “Wrong and Behind”