This is Joni’s story. I’ve been blessed to get to know her as a friend, fellow knitter, and erstwhile nerd over these last two years, and she’s been an amazing example of a godly woman who is both a stay-at-home-mom to two small boys, and is completely capable of relating to grownups who don’t have kids.

I feel blessed to have grown up with two parents who loved me. That being said, I grew up without faith. My mother was an agnostic (though now a believer); and my Father, though a believer, chose not to share his knowledge of Christ with me. If you had asked me in my late teens if I believed in God, I would have said that I didn’t know, but if there was a God he would understand that it was a difficult decision and let me into heaven anyways.

I remember my Dad asking me in my early 20’s to help out a friend of his by reading the Bible during a campus church service. I looked at him and said “no”. He was surprised that I didn’t believe in God, and I was equally surprised that he thought I did. If a parent does not read the Word, pray, and talk about God with their children, what makes them think they will believe?

The next few years were filled with emptiness. I now know the emptiness I felt was the absence of God in my life; I tried to fill it with other things to no avail. When I was 24, my parents started what would be a very messy divorce, and the ‘rock’ that I had in my life was gone. My family was falling apart, and I was lost. God, in his infinite wisdom, knew this and had a plan.

I met my husband Jared a few weeks later. There was something different about him, something more then I had seen in other people. I called it ‘tangible peace’. He had what I wanted for my life. I figured, if I did what he did, then perhaps I too could find the peace I was looking for. I went to church with him, I went to Bible study with him, and his friends became my friends. A few weeks later, as I read Psalm 32 I sat on the floor in my bedroom, cried, and asked Jesus into my life.

I started to follow the path that God had for me, though not very well at first. It was difficult at first to separate the love I felt for Jared and the love I had for God. Jared had already felt called by God to go into Ministry, so I knew that if I was going to stay with him then I better be really on board with the “Christian thing.”

We found ourselves pregnant within 8 months of dating, and I knew then that if I was going to talk the talk then I had better walk the walk, so to speak. We got married when I was 5 months along in my pregnancy, and I rocked an empire-waist wedding dress if I must say so myself. I won’t lie; it was tough to add a child into a very new relationship. It was even tougher to find God’s purpose in it, but eventually I did. Now I really feel we were blessed to have Daniel within our first year of marriage, and two years later we were blessed again when Noah joined the family.

Our boys were 3 and 1 when we made the move to seminary. God 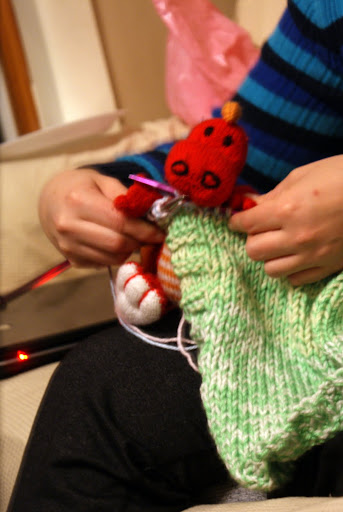 made it very obvious when we were applying for seminaries that we should go to Trinity Seminary in Ambridge. We moved from Newfoundland Canada for Jared to start his MDiv. I have been blessed by a Christian community, enriching Bible study and the opportunity to take classes here as well. I really feel that God has given me a safe environment to grow as a Christian before he asks us to go out into Ministry.

One thought on “Joni”