I have been going crazy trying to knit a baby hat for a friend’s shower. Friends and I picked the yarn together, tittering to ourselves – they know it’s a girl, and they don’t mind pink, but they are pretty thoroughly egalitarian, so we thought it would be fun to pick the most gender-neutral baby yarn we could find. I found a simple pattern, cast on, and stalled. 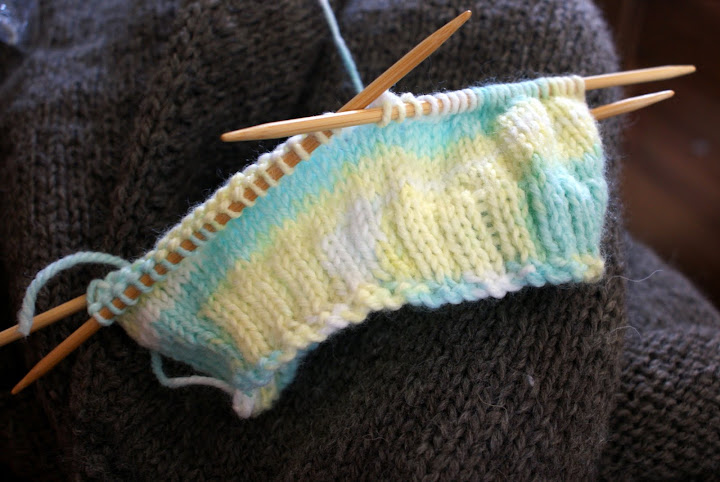 I just can’t stand it. The yarn pooled horribly around the ribbing, then spiraled weirdly around the plain, plain body, and it’s oh-so-boring. I don’t know why this bothers me so much; as evidenced by the endless swaths of stockinette poncho beneath the hat, I clearly do not mind plain knitting. But every time I picked it up, I would knit a quarter of a round, then just find myself hating it and quit. This is not the sort of mojo you want to put on a baby’s head.

So yesterday I finally said, forget it. We had a trip to a friend’s lakehouse planned for the day, so I threw in a little ball of pink sock yarn and cast on some booties I’d been meaning to try for a while. 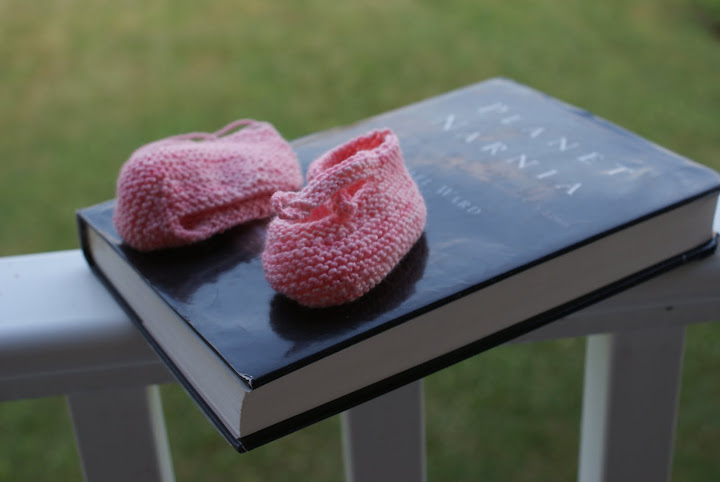 These are Saartje’s Booties, and I think they are more or less the cutest thing on earth. I knit the larger size on (I think) smaller needles, so hopefully they will still fit on human baby feet at some point. The best part? 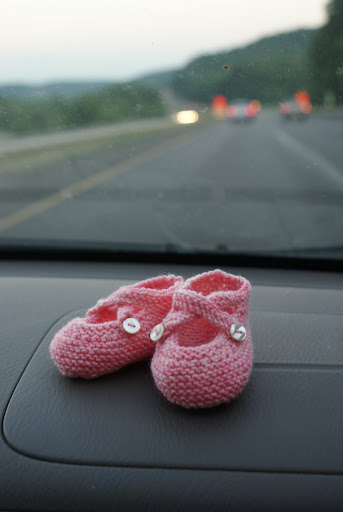 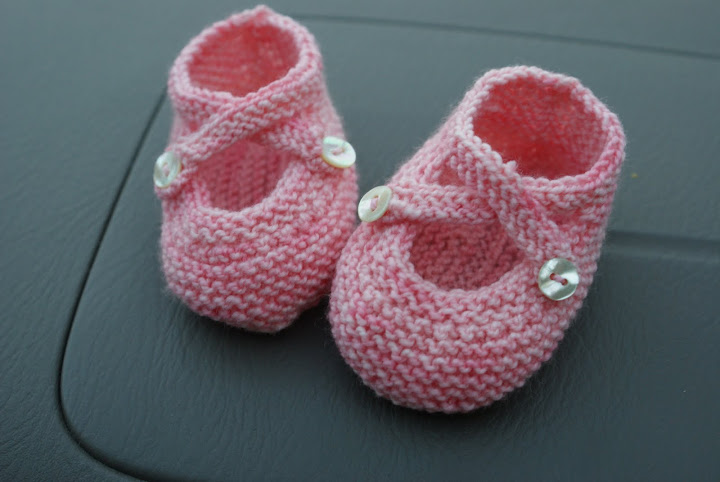 Do you think she could tell they were from me? 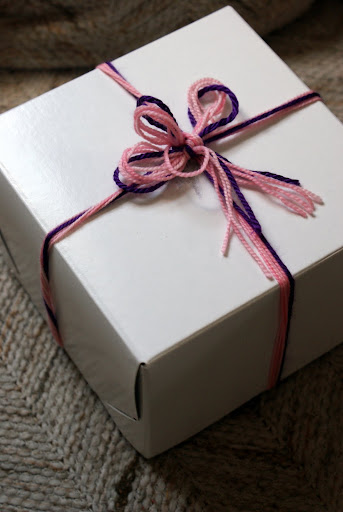 2 thoughts on “The Hat that Would Not Be Knit”