Apparently my need for simple knitting was thoroughly satiated during my two weeks of insanity, because for the past two days I have picked up In Dreams and have been knitting on it for hours at a time. After probably 10 episodes of various Stargates (what’s the plural of series? Seriei?) and a few hours of friend therapy (you know, where you listen to a friend while they figure out their problems out loud for themselves, and you sit there caringly and make the odd insightful comment and try hard not to redirect the conversation to be about yourself?) I am finished clue 6. 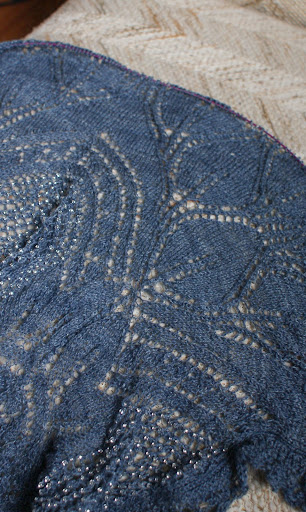 Tres Chic, no? Clue 6 itself consisted mostly in finishing this series of large leaves, outlined with funky thick lines, the like of which I never saw before they were extensively used in this pattern: 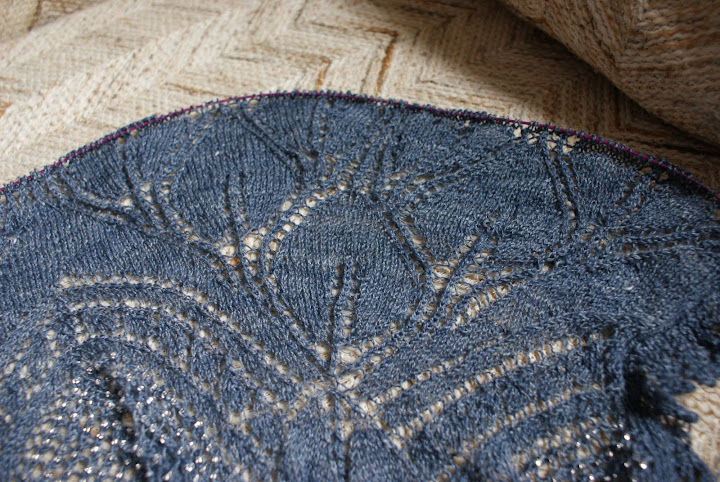 I started the project with the thinner and more consistent of my two skeins of handspun. The other skein included the beginning of the spinning project, before I got awesomely consistent. When I wound the skein, I really should have rewound it so that the rough beginning would be the last thing used, but I didn’t. So if you look reeeally closely, in person, you can tell that the fabric suddenly becomes a bit thicker about five rows into the topmost complete leaf. I don’t think it’ll be that notable in the final product, though it might cost me some points if I submit this to any competitions. 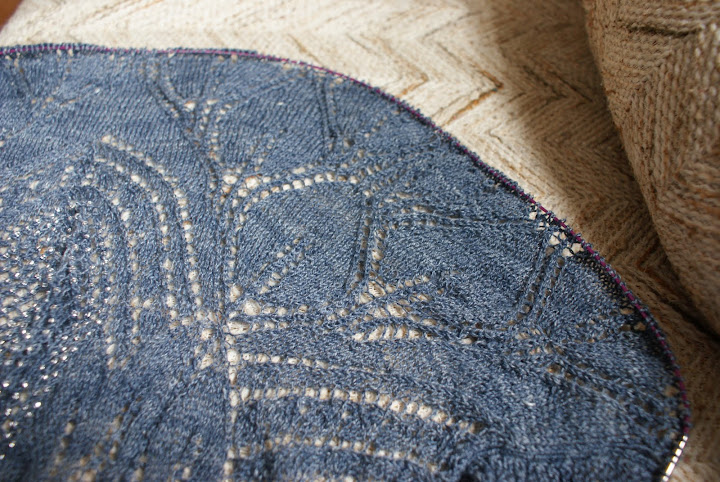 One clue to go! Any bets on how long it’ll take me? I’m guessing a month.