As a child and a pre-teen, I was always a bit of a social outcast. Having grown up not much caring about clothes or hairstyles or pop music, I was thrust into the Abercrombie-wearing, Britney-dancing world through the sport of ice skating, where I spent years struggling to fit in. But soon I found a companion misfit, and we became best friends. I’ll call her Melissa. Melissa was a bright, fiery personality, with plenty of interesting qualities, but one of those qualities was that Melissa was Jewish.

I’m not entirely sure how this happened, but in the midst of being raised a devout Catholic, by age 10 I had somehow accumulated some serious evangelical guilt. I had few close friends growing up, but they all had been Christian. The idea that my friend, whom I cared about very much, didn’t know Jesus and was going to hell upset me greatly. I never intended to make Melissa my mission, but it happened anyway. I, in my honest, naive, anxious little way, said all sorts of insensitive things in my earnest desire for my friend to become a Christian.

Somehow, Melissa stayed my friend. She didn’t put up with any crap – she’d been too much made fun of for her heritage at school – but she listened to my earnestness and dug deeper into her own faith. Over the years of our friendship, and even more through the years since we drifted apart, she taught me what it means to respect someone who is different. She also taught me what it means to be different and refuse to apologize for it. 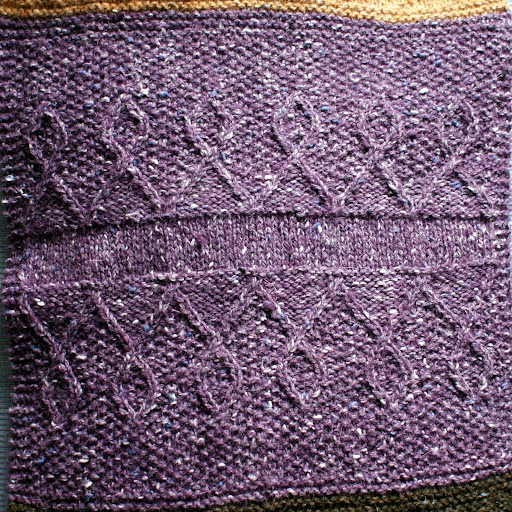 I learned, through my friendship with Melissa, to be pretty careful when it comes to talking about Judaism and Christianity – but that I can never succeed in being careful enough.

The relationship between Judaism, Christianity, and Islam is an incredibly sensitive thing. From the postmodern point of view, you can see why: Christianity takes the Jewish faith and says “We agree with you! But everything you believe is fulfilled in this unexpected and different way in our faith!” Islam then says the same thing to both Judaism and Christianity. One can understand how that might be a little offensive, particularly to Jews, especially with their history of persecution.

But if you believe anything at all, you end up saying something like that. “I, who do not share your faith, am right about your faith.” Pluralism only goes so far. If you believe anything is absolutely true (including the belief that there is no absolute truth), you’re claiming someone else’s beliefs are wrong. Unless your brain is a vacuum with no thoughts at all, this is true.

Scholars who work for ecumenism (ecumenism = the unity of the Christian church, and the main reason I am at seminary) see the first church split as happening long before the Great Schism between East and West around AD 1000. The first schism was with the Jews, around AD 110, when Jewish Christians were finally kicked out of the synagogues. Perhaps this was necessary in order for the Gospel to spread to the ends of the earth, but it was still tragic. As the apostle Paul (a Jew) himself put it, “their loss means riches for the Gentiles” (Romans 11:12b ESV). Yet, he continues, “how much greater riches will their full inclusion bring!” Paul longed to see his fellow Jews embrace their own Messiah, fulfilling their purpose, even as he poured out his life bringing that same gospel to the non-Jewish world.

So perhaps, many years later and a bit more mature, I find I cannot let go of that earnest desire for my friend to be saved, because Paul himself shared it. I find I cannot say “you have your faith and I have mine; it doesn’t matter as long as we get along.” I find I must say “I love you dearly and I respect you vastly; without your faith, mine could not have come to be. I know I was grafted into your tree. I rejoice in your friendship, and I lay no condition on it. Yet I pray that you might meet your faith’s fulfillment in Jesus. Because of Him, the promise made to Abraham was fulfilled, that the blessing of God reached a Goy like me. I wish the best for you, not assuming I know what that best is, but hoping one day we can share the breaking of bread at God’s table, as was always meant to be.”

Yes, I’m sure that would still offend her, and I hope she would still forgive me for it. And I know better than to bring it up all the time, because I am a little better now at trusting that God saves people, not my brilliant words or perfect witness (HA!). But I still pray it.

2 thoughts on “Reflections on Clue #3: Judaism and Christianity”