Spring is trying so hard to obey the groundhog here in Ambridge, PA. Did you know that Punxatawny Phil is only correct in his Feb. 2nd predictions 39% of the time? He has a 50/50 chance of being right, and can’t even make that. I therefore tend to be skeptical, but Jared keeps saying things like “I believe the groundhog!” and not wearing a coat. Last week’s 60 degree days seemed to prove him right, but us jaded Eastern Seaboarders know better. Last night’s snow was fairly impressive, with more to come tonight.

Still, I’ve gotten the itch to see some green.

I really do have a black thumb. Plants come to my house to die a slow death of dehydration and abandonment. I keep my last dead African Violet on my kitchen windowsill to sober me up when I get the itch to plant something – not to be morbid, but realistic. 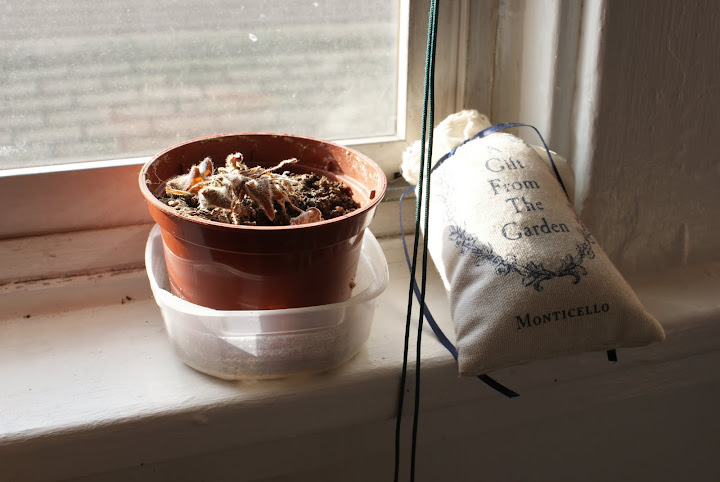 So it was with both boots on and a good sense of responsibility that, two weeks ago, I bought some peas and filled up two pots with soil. 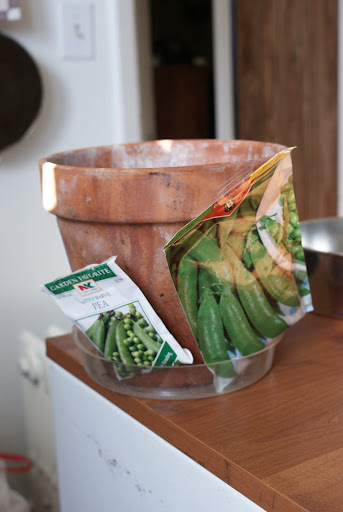 The first package was pretty typical; the second I bought (a) because the picture looked like snap peas (I love snap peas) and (b) because I was intreagued by the Italian-only instructions. 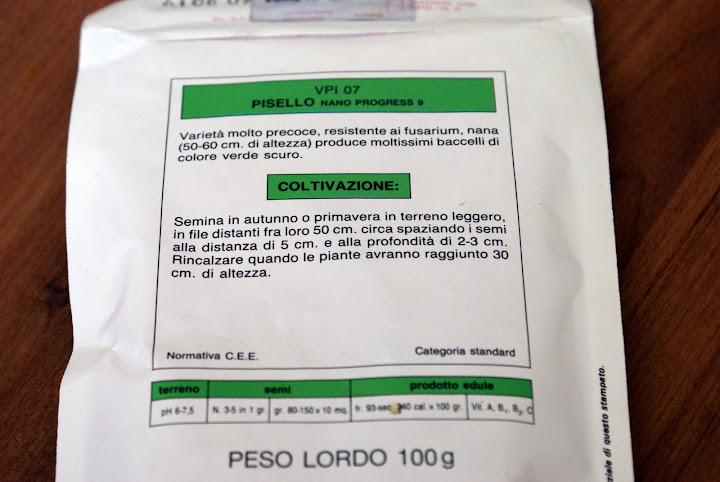 I more or less understood what it was saying, and I don’t trust seed packages anyway (I get on the internet for planting instructions). So I planted one pot from each package, perched the pots precariously on the sunny kitchen window by the decrepit ghost of gardening failures past, watered faithfully, and was overjoyed when my efforts were rewarded with tiny sprouts. 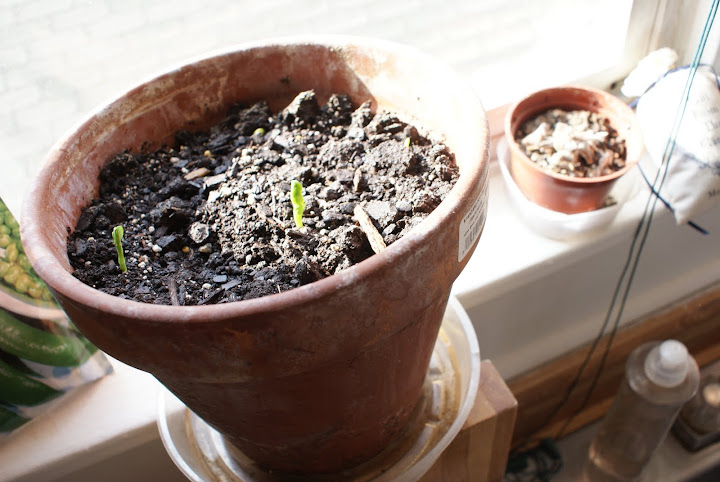 I have a fantasy in which we nail some chicken wire to either side of the windows and the pea plants climb it, framing the window with edible greenery. Jared said that’s a lovely fantasy and then walked away. 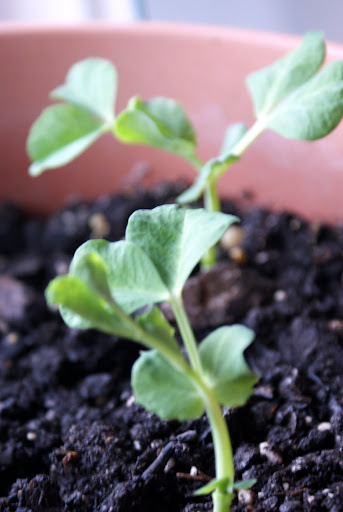 It makes me so happy to see their little green sprouts turn their faces toward the sun. In solidarity with their optimism, I’ve cast on a spring sweater for myself. 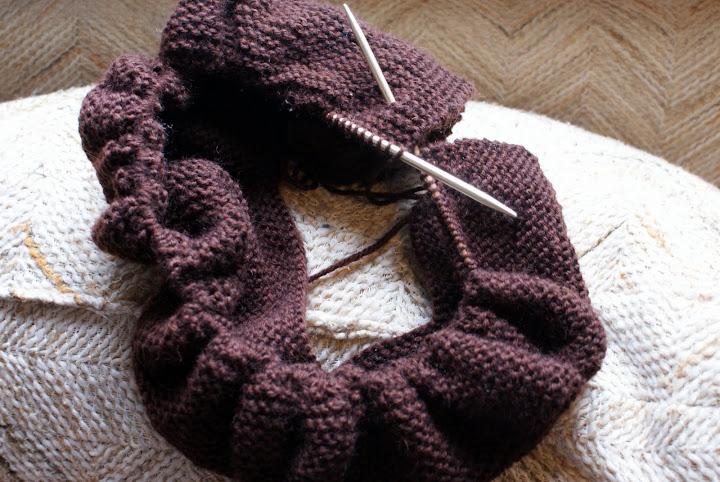 I know it just looks like an amorphous pile of garter stitch (that’s mostly because it is an amorphous pile of garter stitch) but most top-down sweaters look unpromising at the start. This one is going to be a February Lady. When I worked at Cloverhill, it seemed that everyone who worked there (except Matt) had one, so little lemming that I am, I set aside some brown Universal Yarns Worsted that I had stashed and waited for an opportune moment. I know brown isn’t exactly a spring color, but I’m one of those boring people who wears brown and corderoy all year ’round, so I am unfazed by your criticism. I didn’t even think about the fact that it’s February when I cast it on, though I don’t have high hopes of it being finished in February. If it’s done by Lent, I’ll be more than pleased, and I’ll wear it with the remainder of the cold, wet, miserable weather that is doubtless still on its way.