My Blendlings have been humming along so nicely that I decided to do something I wasn’t sure I wanted to do at the beginning: rejuvenate the two pre-spun yarns that came with my colors. Of the 12 colors originally in the kit, two had already been spun up into a two-ply worsted. My initial goal was to match these so I could use them all together. But as I proceeded, these originals looked more and more underspun and unhappy. I could see there was plenty of twist in the singles, but they hadn’t been plied enough, and the result was leggy and ropey. They’re also the two warmest colors in the kit, so bringing them back into play would seriously extend the range of colors I could play with.

Here are their original numbers.

For reference, my final yarns have been landing somewhere in the range of 4 TPI. I was liking the look this gave. 2 TPI or less is WAY underplied, especially since I could see that the singles had plenty of twist in them.

The first thing I did with these two old yarns was to take half of each and put them through the wheel, adding another 2 TPI, so they’d match the yarns I was making. Check out the difference a little more twist makes! 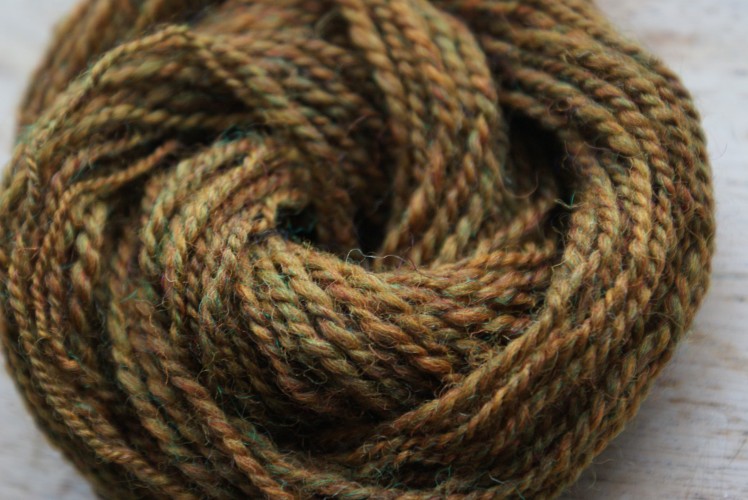 The salmon is decidedly thicker, but I added the same amount of twist: hence, in the end, a higher twist angle. 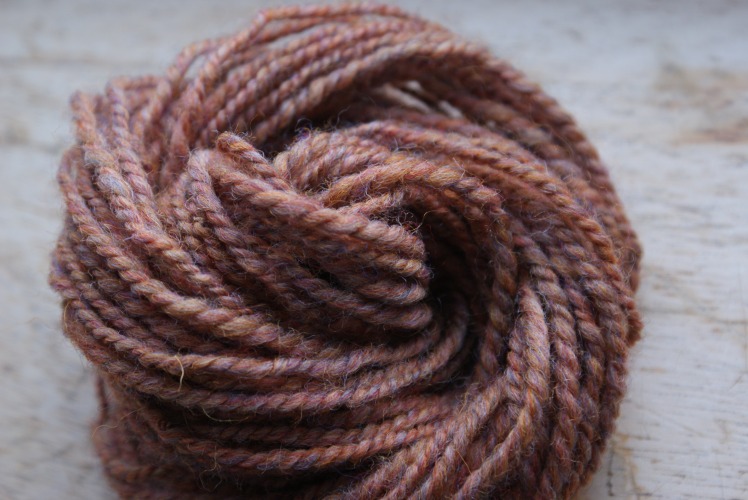 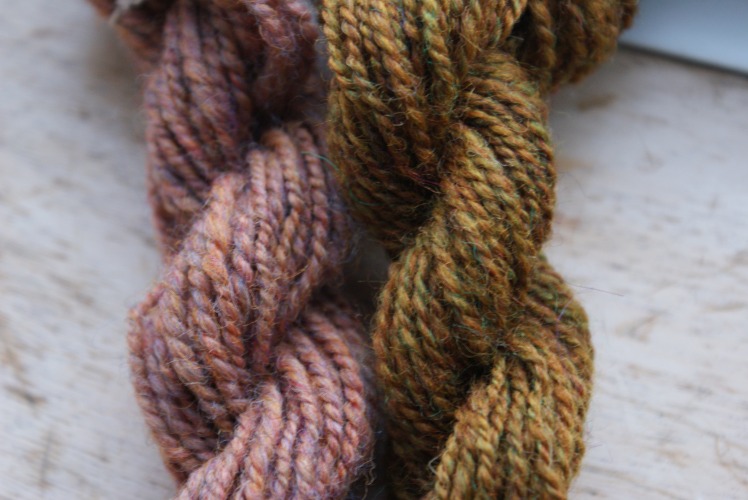 So now you’re wondering – what did I do with the other half of each color? Tune in tomorrow to find out!