It’s been a while since I’ve done a random post. So, randomly, bam!

1) This is the 707th post on this blog. That seems significant somehow.

2) Nomes is, for some reason, most hilarious after her bath. We made it a part of her bedtime routine because it was supposed to be calming. Take a nice soothing bath, read a little story, everyone’s calm and ready to go to sleep. Not!

Just goes to show what comes from trusting a book. Adorable though! 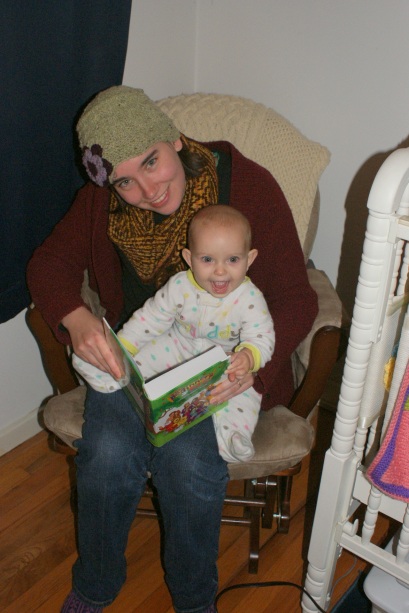 3) Naomi’s first snowfall was yesterday morning. Well, not her first. It snowed the day she was born. And I’m sure again after that. But this is the first snow she could in any way appreciate. I’m really not computing the fact that she’s been earthside long enough that we’re returning to the season of her birth. 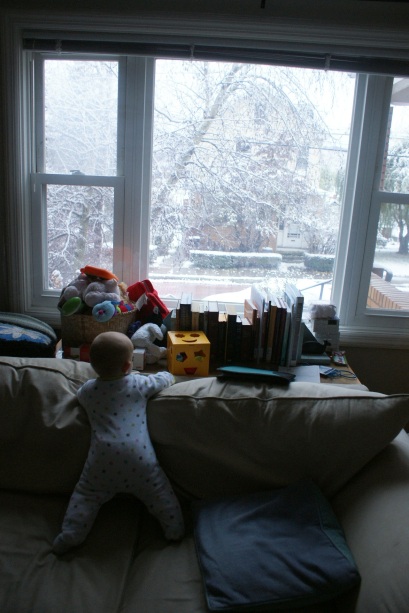 Although she really didn’t appreciate getting dressed up for it.

4) I finally have photographic proof that Naomi does actually cry. 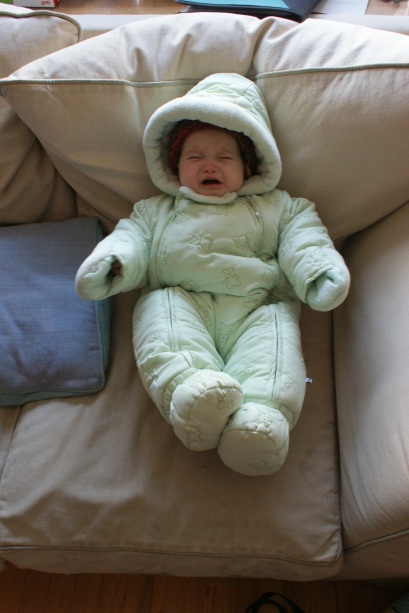 5) Not for the first time (and sadly, probably not for the last time), my avoidant tendancies are shown to be pointless. Less than a week and I’ve produced one of the Christmas socks I was putting off for so long. 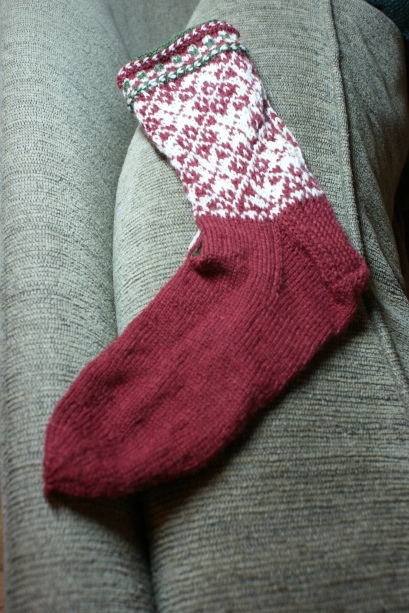 I didn’t really consider that making a Christmas stocking into a regular sock would take the very intimidating-looking ratio of fair isle leg to plain foot and reverse it. Also, I only got in two repeats of the fair isle pattern. If I’d done all three, as the pattern suggested, the leg would have run up onto the wider part of my calf. So, oh bummer! Just two repeats! (This is not a bummer. I’m still not in the mood for fair isle.)

6) I’ll tell you what is a bummer though. Instantly upon finishing this sock, my ball of white yarn disappeared. It’s gone. vanished. MIA. evaporado. I should have the first repeat of the second sock done already, but instead I’ve turned every logical (and non-logical) hiding place upside-down for nothing. I am flummoxed.

7) I guess I’ll just have to cast on something just for fun. Something not part of any goal or list, that isn’t particularly productive or useful. What a chore. 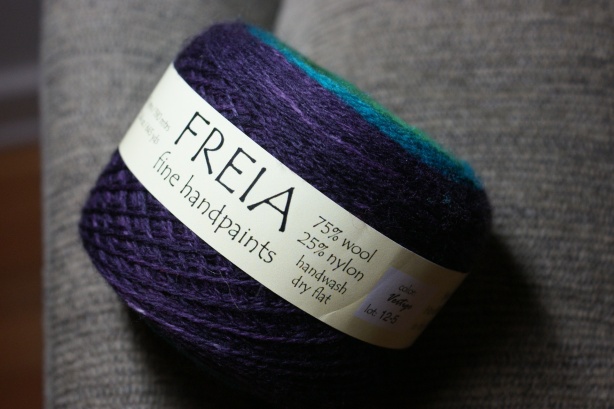 So I pulled out this little gem that Mom gave me for Christmas last year. Because who can turn down a gradient? Probably lots of people with self control, but not this knitter! 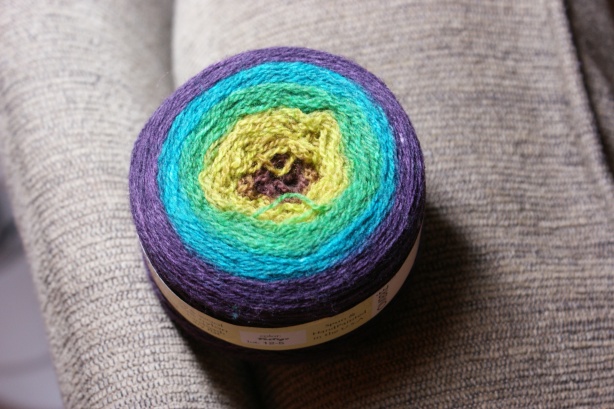 10) I’m going to break my habit and pull from the center of this ball. That flapping sound you hear is pigs flying.

3 thoughts on “A Random Spectrum of Emotions”