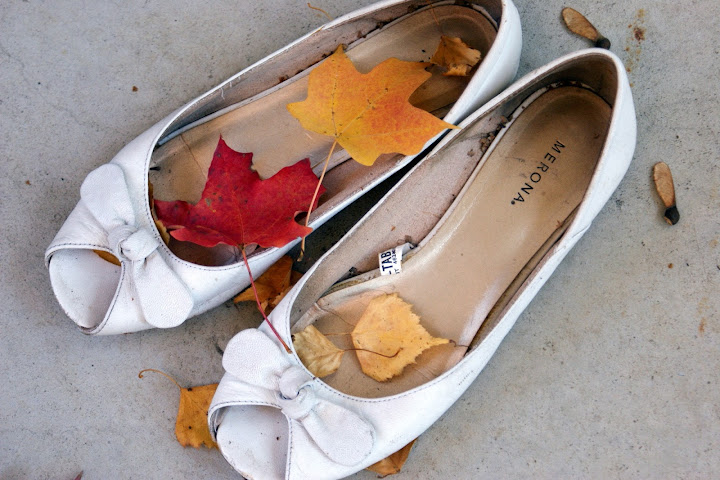 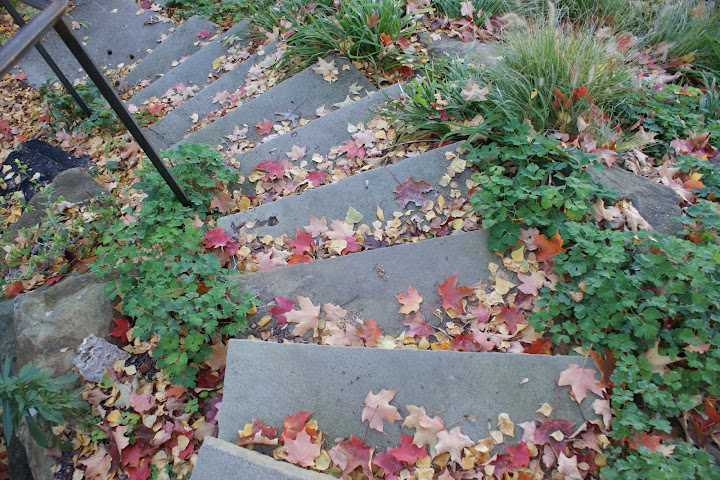 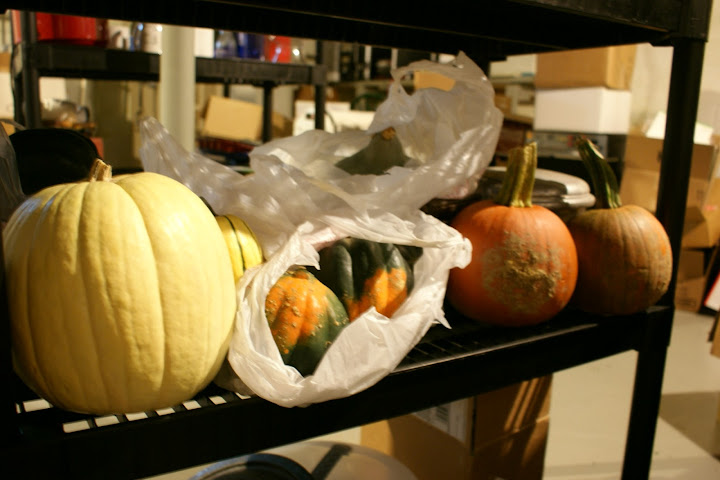 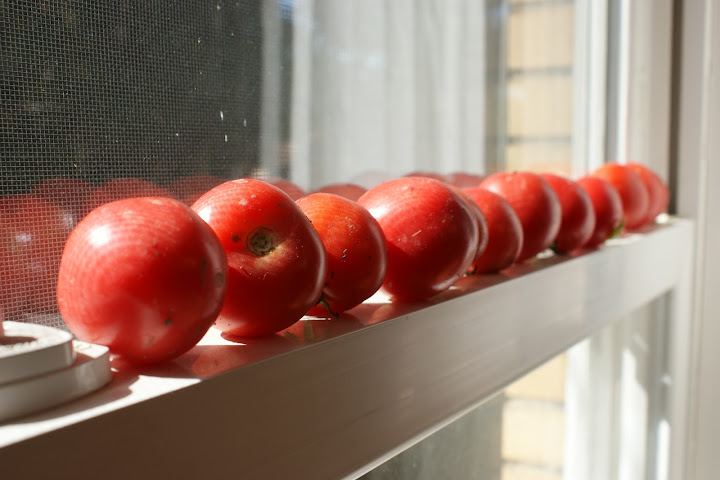 At some point at the end of September, I found I had made a decision to actively participate in Fall. No matter what else was going on, no matter how busy I was otherwise or what I had to set aside, this year I wasn’t going to let the inset of harvest, fall beauty, and cooler weather take me by surprise. Quite by accident, this has been the best thing I could have possibly done for myself.

In the past few weeks, with loads of incidental help from family and friends, Jared had the chimney swept, and I’ve plastic-ed half the windows, turned 1/2 bushel of Mutsu apples into sauce and butter, canned 4 qts of tomatos and 2 of salsa, acquired six kinds of squash to store in the basement, and dug up the chard and pepper plants from the garden (having been given a sofa table by a family friend so we can keep them in front of the sunniest window. The ruby swiss chard is quite the conversation piece).

I’d still like to plastic the rest of the windows, process the last three quarts of tomatoes into something, can and freeze several quarts of apple pie filling (i only have 2 quart jars left), make a couple green tomato pies, and have a little inventory of freezer meat and basement squash for efficient meal planning. In my delusional head, I still have a chance of knocking these things out in the next several days, since I don’t have class until Thursday. There are many things on my plate, but nestling is a time-sensitive priority set not by the arbitrary deadlines of humans, but by the turning of the earth, established long before humanity showed up to set dates on it. And all I could think about, as I held a hairdryer over window after window, is that this winter that we’re nestling in for is the same one in which we will bring a baby into the world.