When I lost my second pregnancy, way too many people knew about it. As a result, a lot of very kind people really wanted to help me. They were lovely – they cooked us meals, tried to give comforting words, and were very kind and gracious. A few times, someone well-meaning said something really stupid. More often, I would look into their eyes and see their longing to help, to make it better, and their feeling of helplessness. Since that time, a year and a half ago, I have been ruminating over general advice I would give to someone who had to be around a grieving person.

The problem is, no two people who have suffered a loss are the same. Heck, even one person will change dramatically throughout their grieving process. So it’s hard to give one-size-fits all advice. But I have analyzed this a bit, and here’s what I’ve come up with. I still haven’t read a single book on grieving; this is my analysis based on experience and observation. But I am very interested to see how much I’ve gotten right, how much it jives with what others have been thinking, and whether or not it’s helpful.

So, for example, losing someone who has lived a long and fruitful life, who died of old age, is closest to the “loss of actual” pole. You’re still wishing you had more time with the person, or perhaps you wish you’d had a closer relationship with them, so there’s some “loss of potential,” but let’s say that’s 95% actual, 5% potential. Contrast this with losing a child, where you really knew this little person, but they had all of life in front of them. You’re mourning the life they could have had, the life you could have shared with them, as much as the time that you knew them. This is part of what makes early miscarriage a very unique and awkward loss; it’s 99.5% potential.

I think the difference between these two kinds of loss is that the more “actual” the loss is, the more you have to hold on to. You have happy memories with the person; maybe you have some of their prized possessions to treasure. You’re mourning something lost, but you’re also celebrating something that was good. It’s still incredibly difficult, but there’s a lot of happiness mixed in with the sadness. “Potential” loss is different, because to some extent you’re mourning what never was. In some ways, it makes it easier to move on, but harder to deal with, and I suspect it makes one more likely to try to move on without dealing with it. This is just something to be aware of.

The second distinction to point out is that there are different stages of grieving. As they are traditionally laid out, the stages are: denial, anger, despair, and acceptance. Someone may go through all four stages, in any order; they may skip some, or go back and forth between them. Depending on the person’s personality, personal history, type of loss, and how long it’s been, they may park themselves on one stage for a good long while before moving to acceptance.

So now that you know how completely different these people are, is there anything you can do to help them? Can you do anything to comfort them without making things worse? The answer is yes. Some general things first, then a few specific things for particular types.

*Again, these are 100% my opinions based on observation and experience. If you too have been the mourner, please chime in where you agree and disagree, especially when/if I over-generalize.*

1) The first thing to know is that you can’t really help that much. The only way to make it better is if it had never happened. If you 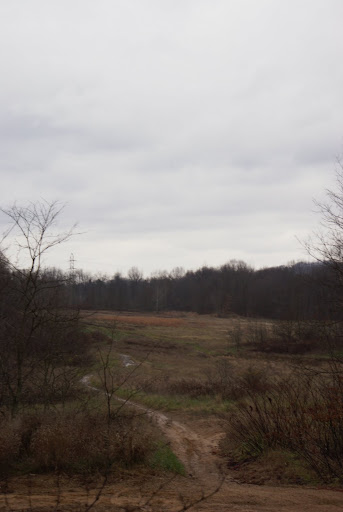 2) Any person in mourning is in some state of emotional instability. Even if they are a fairly sane person, with a loss that’s 95% actual, they’re a little dis-integrated. One big way you can help them is by being a stable presence. This has a lot to do with self-knowledge: are you pretty unstable yourself? Does being around suffering people make you anxious? If you are able to be steady and sane, just being around you is going to be an encouragement. Not a fix, but a salve.

3) If you are the anxious type, there’s nothing horrible about that; it just means you should take that to God to work on it if you want to be there for a hurting person. If you are not that close to the mourning person, and you are on the unstable/anxious side, you might want to take a more backseat role and focus on service – bringing meals, sending a gift, giving a hug – be nonverbal. You’re not going to be the best therapist-friend, and you should accept that, even though you just want to make it all better. If you are close to the person and thus are required by your relationship to be there with them, you should get counseling and assistance. This is especially important if the other person’s loss was also a big loss to you, like for my husband when I lost our pregnancies, or for my mom when her father died but she largely had to be there for her mother. You need someone to be there for you, too.

4) A few things are hard to do wrong, especially if you’re not that close to the person: A long hug. A genuine “I’m so sorry.” A hot meal, or a gift card to Applebee’s. These things won’t really help long term, though they might provide a little momentary comfort, and that’s worth something. Most of all, they communicate that the mourner has a network of people who can accept their pain and will be there with them through it. Deliver these things as gifts of yourself, without apology that you can’t do more. If you are self-assured, they don’t feel like they have to assure you of anything.

5) Listen. I am always surprised by folks’ willingness to share their story of suffering with me, even when I don’t know them that well. You might be afraid to bring it up, if your instincts tell you that talking about it would be painful. But most of the time, a mourner is just really happy that someone cares enough to ask. Even though it might be painful to tell the story again, it is cathartic. I suspect this is particularly true the more “potential” someone’s loss is; the more people know about it, the more it becomes a little more “actual.” For more “actual” loss, you might just ask “Tell me about your mom.” Sharing favorite memories can be very sweet, even while very painful. They’ll probably stop talking as soon as they are ready.

6) If you have been through something similar, it is okay to inform the mourner of this. Don’t give them the whole story straight up; a simple “I lost my dad a few years ago,” or “I had a miscarriage in between my two kids” will do. You’re not comparing your loss to theirs (there’s no need to start by saying “I know it’s nothing to what you’re going through, but…”); you’re just giving information. Anything more makes it about you, when you really still want to be focusing on what the other person is going through. They might ask for your story; in that case, of course share it. They might even want to hear your story about how you dealt with it and came through on the other side, but unless they ask, really don’t volunteer that information.

7) Do not offer Scripture references. Do not give trite sayings. (One blessed saint told me, in all kindness, “Sometimes God works in mysterious ways.” There is everything wrong with that statement, theologically and otherwise, and it took all my self-restraint to smile and walk away and not punch her in the gob.) Do not make prophecies (Like “You’ll feel better in a year or two” or “One day you’ll have your miracle baby”). These might have been things that comforted you in the past, or that make you feel comforted to say. But in 90% of cases, they will do no good, and in about 40% of cases, you will lose any respect the mourner may have had for you.

9) Some special tips on dealing with angry mourners, since I spent most of my mourning process hanging out in that phase: a) Pay close attention to #7 above. b) You’re allowed to distract. One of the nicest things when I’m miserable, and sick of being miserable and angry about being miserable, is when my friend takes me out to do something fun and talk about other things. I’ll bring the conversation back to my suffering when I’m ready. c) The angry mourner might say some amazing things as they struggle through making sense of their loss. It’s best not to correct them, but to affirm what they are feeling. An appropriate moment may arise to inject some gospel truth (like “I know you don’t feel like it, but I do want to tell you Jesus does love you and knows what you’re going through.”), but surround it with lots and lots of affirmation of feelings. d) It’s not personal. If they actually lash out at you, that’s probably a really good thing, because that means they’re in touch with their emotions. There’s probably little you can do to rescue the interaction, but do something to let them know they’re not driving you away. Just saying “I’m sorry I made you angry. Do you want to talk more about this?” might open a door.

10) Check in. If it’s true, tell the person you’ve been thinking of/praying for them, and you’re wondering how they’re doing with X. Two months later, six months later, this is still a good thing to do. They may or may not want to talk about it, but it’s actually very meaningful that you didn’t just forget it. It tells them you’ve been carrying the burden with them, that they can be open about what they’re going through with you. In a world that really doesn’t like to deal with pain and suffering, a person who genuinely cares about another’s suffering is a little lighthouse.

11) Don’t put a time frame on grief. It is so hard to watch someone suffer that it can be easy, after a year goes by, to start hoping the person will “move on” a bit. But what they’ve lost has changed them forever, and depending on its severity, they may “move on” by integrating that loss into their life in a way that makes them a very different person. If they’re not moving on because they’re not dealing with their feelings at all, the gentle suggestion of therapy might be a good idea. But if they’re not moving on because their messy feelings are still messy, they’re probably actually dealing very well, and the best thing you can do is make room.

8 thoughts on “Advent 3 – On Helping Others Mourn”