So mornings do not seem to work for communal labor at this point, but we found a solution for working outside in July in the afternoon: the sprinkler. It makes us impossibly dirty and muddy, but also cool. 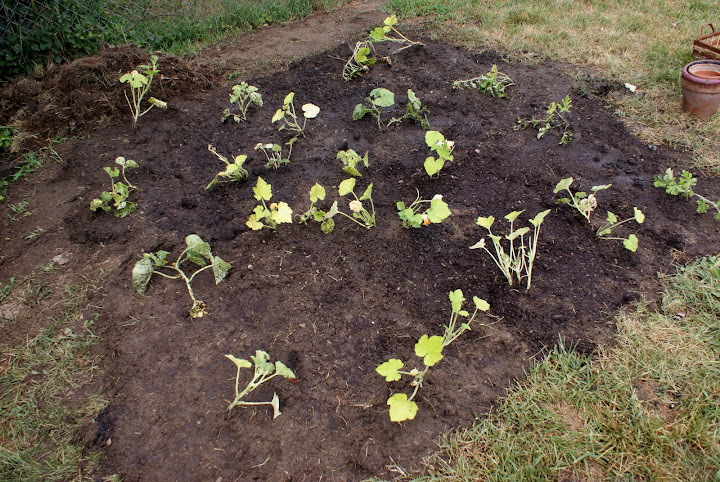 After two efforts, we had a glorious little melon/squash patch. Canteloupe on one edge, watermelon on the opposite edge, pumpkins on the other two edges, and a miscellany of zuchs and other squash in the middle. We didn’t label them very well, so there might be some surprises. 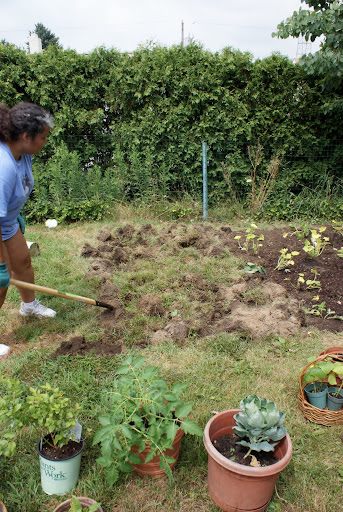 It took one more afternoon of hard labor to increase the existing patch by one half, so the residents of my porch could have a home to expand in. 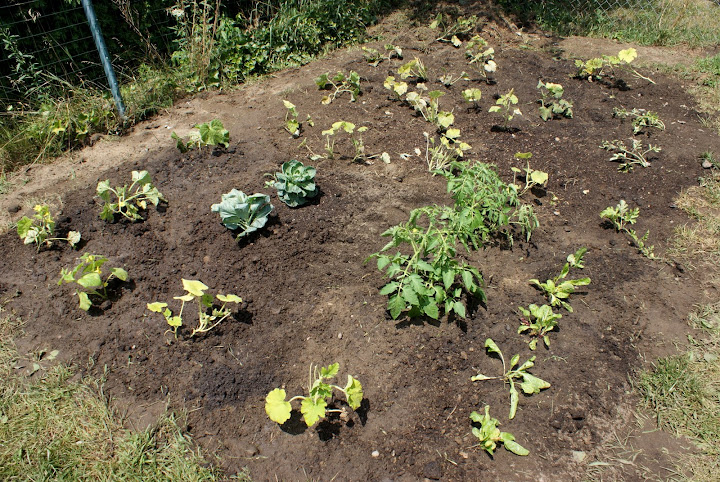 Chard on the right edge, more pumpkin and cantelope on the other two edges, with tomatoes and brussels sprouts in the middle.

They all have that just-transplanted look of misery, but there are exciting signs of what is to come: 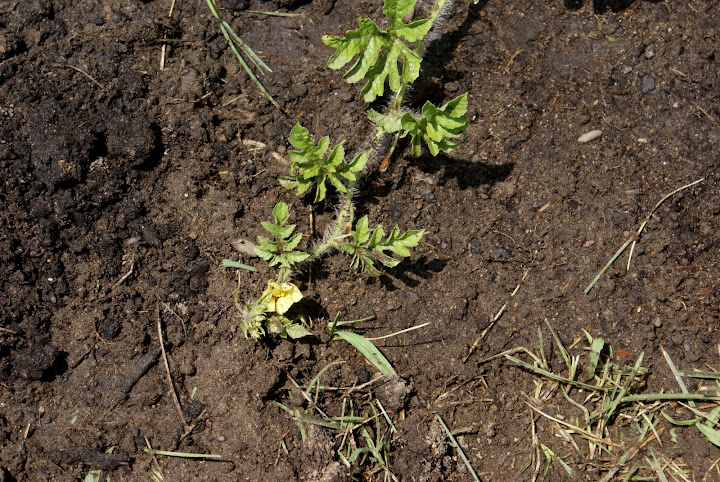 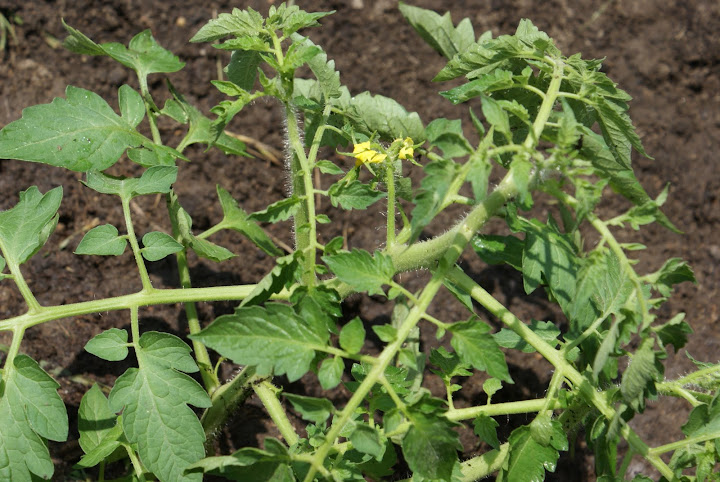 I just realized I haven’t even shown you our community garden yet! Shame on me. They’ll have to be next.

Why does gardening seem to go so well with knitting in my mind? I guess I just want to show you all my projects, and all the most interesting ones right now involve dirt and chlorophyll. But no worries – after that afternoon, the evening involved a lot of sitting down, drinking Pepsi, and working stockinette stitch. 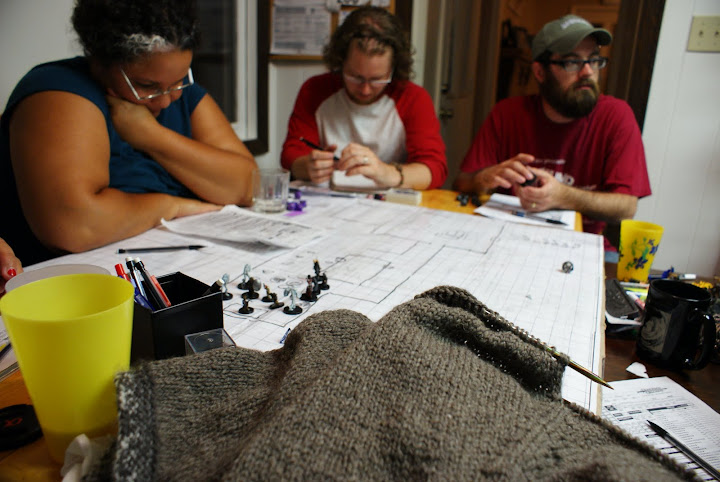