It’s always comforting to know that a big investment was well-timed.

For the past eight months or so before Lent, my spinning had been languishing. This is primarily because I bit off way more than I could chew. I had dyed a whole bunch of Dorset pencil roving in the color we call “Sprout Sage” and had dutifully started spinning singles. The thickest I could consistently get at that point would make a DK-weight with three plies. Sigh. 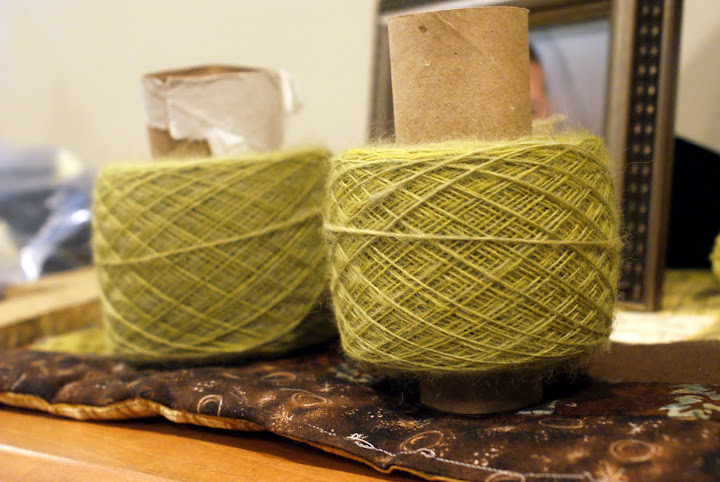 3 plies with ample yarn to make a cabled sweater in DK means about 4,000 yards of singles, or 12 full bobbins on Doris. The first month (some time last summer) I filled two bobbins, and patted myself on the back. I filled another over the next few months. Then I got distracted by some black Icelandic, though that fling didn’t last very long either.

During Lent, I was determined to get out of this rut. Technically, you’re supposed to spin all your singles before you start plying. But I like plying, so I threw caution to the wind and plied up everything I had. 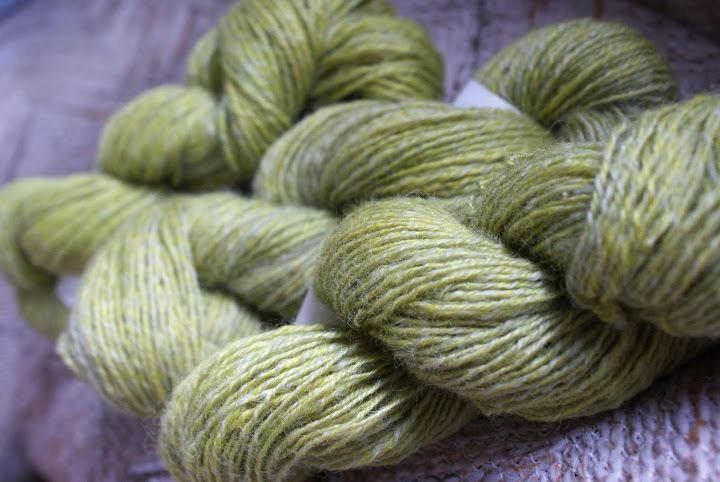 Three sweet little skeins, over 300 yards, a good quarter of the way to my goal. I was even a good little girl and filled most of another bobbin before Lent ended.

Doris has a ratio of about 5:1, give or take. That means that for every turn of the big wheel, the flyer on top turns five times, putting five twists into the new yarn being made. I’ve gotten quite good with that ratio, and can do lots of things with it. For goodness’ sake, I spun like 1300 yards of 2-ply lace on it. But it’s a little slow, and I’m impatient, and want to learn to do a few more things than Doris can handle.

A Traditional has three speeds: 6.5:1, 12.5:1, an 17.5:1. I was surprised and pleased to find that I could use the medium speed almost right away, and that the Dorset really liked that speed – I was quickly able to teach myself a sort of supported long-draw that seemed to get just the right singles. But even better than that: 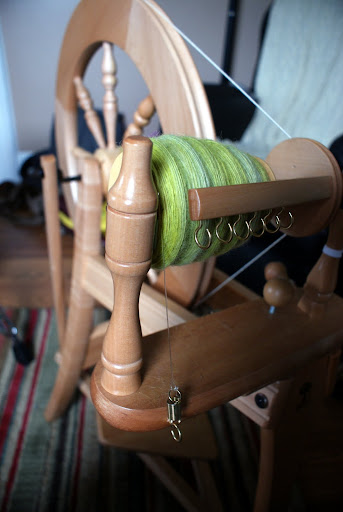 I filled a bobbin with 3.3 oz. of singles in three hours. I know spinning is not about speed; if it was about efficiency I would just buy yarn. But little product crafter me has a need to see something finished.

I went to town. I filled another bobbin within a couple days, an finished filling the one already on Doris. Thursday I spent freakin’ five hours behind the wheel, but as an end result: 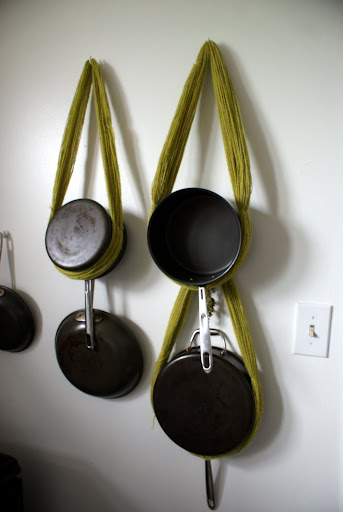 Three new skeins blocking. I’ve doubled the output of the last eight months in a week.

Of course, I can’t really maintain this rate – most days I can’t afford to spend all my work hours spinning, and besides I developed a wicked spinner’s limp. Who knew that spinning would be such an intense workout for the groin muscles and the left buttcheek.

3 thoughts on “Double or Nothing”