Yesterday I wrote about the Church, about how it’s messed up, but we’re called to be a part of it anyway. My goal is not to exhaust the list of things that can, truly or falsely, give the Church a bad reputation, but there is one more such item that I want to discuss today, and that is in fact the subject and purpose of my current stage of education.

One of the largest, and (to my mind) most legitimate criticisms of the Church is how divided it is with itself. Christians fight with each other – yet another aspect of our sinfulness that we haven’t managed to shake in our already/not-yet state. Yesterday I talked about how Christians hurt each other, and the nature of Christian institutions. Church schisms are when broken relationships between Christians become part of the very fabric of the Christian institution called the Church.

Jesus, in the prayer quoted above, directly links Christian unity with Christian witness. How will the world know that the Jesus we represent is truly sent from God? Because they can see that we are one. And I don’t mean one in some monolithic structural sense, but one as the Trinity is one with itself. Intimidated? You should be. The relationship between the three persons of the one God who is Father, Son, and Holy Spirit is beyond our comprehension, but one thing we know about it is that they each glorify the other. In our one God are three persons bound by love (Augustine even says that the Holy Spirit is the love that binds the Father and Son).

When the opposite of that happens, the world is just confused. Our message is one of reconciliation: Jesus is the Son of God who made the ultimate sacrifice so that we could be reconciled to God, and through Him, to each other. What do we expect the world to think when we remain unreconciled with each other, as the claimants to the ultimate message of reconciliation? 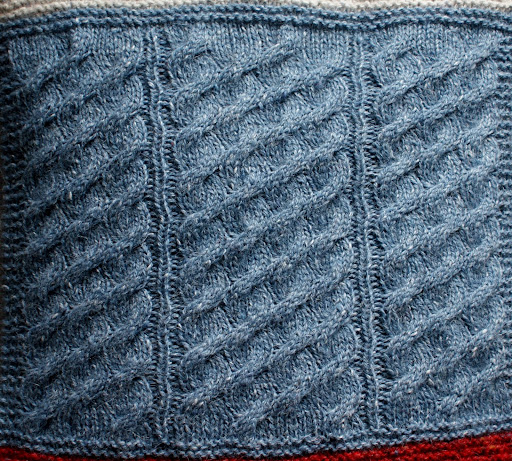 This semester, myself and two other students have been immersing ourselves in literature on the topic of church unity, called “ecumenism” in fancy parlance. The topic is enormous, as massive amounts of work and the lives of many faithful Christians have been spent writing theology, organizing conferences, facilitating discussions, and documenting communication in the long task of unifying the church. So rather than come up with some sort of coherent argument for church unity (if you think it’s important, you don’t need one; and if you don’t think it’s important, a conversation would be much better than a blog post), I thought you might enjoy a few bullet points that describe the most interesting things we’ve learned.

One of the major reasons Jared and I became Anglican is that it seemed like an excellent place from which to work for the unity of the church. In many ways, Anglicanism straddles the fence. Its classic self-definition is “the Reformed Catholic church,” trying to walk the “middle way” between Catholicism and Protestantism, with a growing affection for Eastern Orthodoxy. Most of the doctrinal arguments which divide the church run right down the middle of Anglicanism, which has more or less managed to stay unified despite that fact. Also, Anglicanism has plenty to be embarrassed about, so it would be difficult for our pride to get in the way of being willing to talk with other.

It is my humble opinion that true unity of the Church has to start happening at the local, grassroots level. Theologians and denominational higher-ups have been having these talks for decades, but most of us people in the pews don’t even know such discussions are going on, and perhaps even think we are obligated by our faith to antagonize the MethoPresBaptAnglipalians across the street. And it’s our ground-level squabbles that actively hamper the ministry in our communities.

So if the Lord is moving you, start praying about it. Pray about what you can do, in your church and community, to work for the unity of the church. One of my new ecumenical heroes, Lutheran theologian Robert Jenson, says it best: “If we thoughtfully, specifically, and continuously prayed for the church’s unity, each party would find itself praying for specific changes in its own life.” (Unbaptized God, p. 8.)

For further reading: There is a wealth of excellent books on ecumenism, but one book that has been deeply convicting and formative for many is Lesslie Newbigin’s book The Household of God. A very short and readable book that summarizes the current status of the ecumenical movement is the outcome of the Princeton Project, a three-year study by theologians across the board, called In One Body Through the Cross (edited by Carl Braaten and Robert Jenson).

One thought on “Reflections on Clue #6 – Unity”