“Lord, who throughout these forty days for us didst fast and pray,

Teach us with thee to mourn our sins, and close by thee to stay.”

I can’t even spell liturgiologist, nor am I a pastor, nor even much of a theologian. But especially for those who are new to Lent, here is my attempt to explain the significance of the tradition. Books upon books would not suffice to exhaustively cover the meaning replete in this observance, but that’s the nature of a sign – if it could be captured fully in words, it would be a “dead symbol.” It’s like your favorite book – every time you return to it, you notice things you didn’t before, but were always there.

One of my favorite bits of Anthropology, in which I got my undergraduate degree, is the study of cultural conceptions of time. Agrarian cultures mark the seasons of the year around plantings and harvests and other farming activities. Nomadic cultures mark time by the movement of animals. We in the modern West live rather farther from the land, but we still have our own ways of marking time. If we are in school or have kids, our year revolves around school activities – starting in the fall, various breaks, and the glorious freedom of the summer. Some of us have jobs that give a unique rhythm to our year. (Pokeberry harvest and Maryland Sheep & Wool festival, anyone?) Our weeks are structured around five days of work and two days of play, and our days are built around eight-hour work days. We structure time around what is important to us, building our days and weeks and months and years around time with our family, favorite events, and must-see-TV.

Sometimes we feel trapped in our patterns of time, or our lack thereof. College graduates often undergo a period of shock when they realize every week is likely to be the same, without that familiar cycle of the school year. Sometimes all we can do is “live for the weekends,” or for the summer, oppressed by the demands of time made on us by the values of our culture. And almost all of us struggle with not having enough time.

Since the early church, Christians developed their own ways of marking time, not out of necessity, but voluntarily: every week and every year we re-tell and participate in the Story that defines us as Christians.

The first Christians were Jewish and celebrated the Sabbath, a weekly day of rest. This was soon transferred to “The Lord’s Day,” Sunday, a weekly celebration of Jesus’ resurrection, the founding event of the Christian community. Every week the church would get together and re-tell the Story of which they were a part, reliving the Last Supper where Jesus said “this is my body, given for you – do this in remembrance of me.” That’s what the Eucharist is. The whole week was built around this day, but the story of the “Sabbath rest that still remains” (Hebrews 4) is a topic of its own.

But it was not only on a weekly basis that the Christian Story was relived – it also took the whole year to retell it. This is what the Liturgical year is all about. If you attend a church in the liturgical tradition, you will notice the Sunday Bible readings following these seasons. You will see the colors of linens and decorations change, each rich with symbolism for the season. Hymns and chants have been written for each of these seasons, in appropriate keys and with suitable lyrics.

The year starts in late fall with Advent. Advent means “coming,” and is the season when we anticipate the coming of the Son of God, the second person of the Trinity who is one God in three persons, coming to into the darkness of our earth during the darkening of the year and becoming a human baby named Jesus. This is also a time to look forward to his second coming, but more on that later. Four or so weeks of Advent culminates with Christmas, a feast which does in fact last for twelve days. Christmas is followed by the season of Epiphany. This season, whose name comes from the ancient Greek for “manifestation” or “striking appearance,” is a time to remember Jesus’ life one earth, the One who was called Immanuel, or “God with us.” While it is a time of celebration, Epiphany is also sober as we know He came to suffer. It ends with Mardi Gras, the last day of celebration before the penitential season of Lent. That celebration originated out of the need to get rid of all perishable foods that were considered too “rich” for the fasting season of Lent, like butter and sugar. 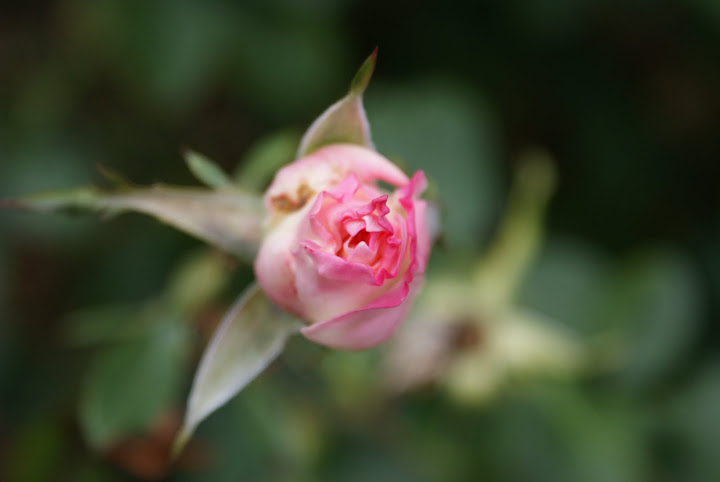 Lent is the season of anticipation of Christ’s sacrifice on humanity’s behalf. 40 days are counted back from Easter – the Eastern and Western traditions count a little differently, but neither include Sundays. Sundays are always set aside for celebrating the resurrection.

40 is a very significant number in the Bible; it keeps coming up in relation to suffering. But that suffering always has a note of God’s mercy in it. When, in the days of Noah, humans were so messed up that God wanted to start over, he sent rain for 40 days to wipe out every living thing from the earth – but he preserved a remnant in Noah and his family. For 40 years, God’s people Israel wandered in the desert because of their disobedience – but God provided manna for them to eat. Jesus relived that part of Israel’s story when, right after the beginning of his ministry, he wandered in the desert for 40 days. In Lent, we are invited to join with Jesus in that season of fasting, remembering and participating in his suffering, but always with the knowledge of the salvation that is to come.

When Jesus died on the cross on Good Friday, it was on our behalf. It was because of our sin. When he rose to life, it was to give us life. This is good news! This is the good news! So it might seem weird to lead up to the celebration of that event with self-depravation and meditation on suffering. Shouldn’t we be partying because of how great Jesus is?

Well, we do! We do that for most of the year, and even during Lent, we celebrate it every Sunday! But that isn’t the whole story. We still live in a world full of suffering and death, and in our own lives we keep struggling with sin. The story isn’t over yet – we live in the “already” of Jesus’ victory over sin, but in the time when his Kingdom in which there will be no more death or tears has “not yet” come.

More than any other season in the church year, it seems like Lent is when I realize I don’t have to just remember all these events in God’s story – I can participate in them. Maybe I find it easier to participate in this part of the story because I have experienced the reality of suffering in this life – and I suspect the same might be true of you. The good news is deeply good, but it isn’t a requirement to be happy-clappy all the time. It’s the good news of a Savior who knows what your deepest suffering is like, who was with you through it, and who took everything that was wrong with it up onto the cross with Him, and killed it. It’s the story of God who became a man and had to die because of my sin. That should have been me…. and His is a suffering and death worth mourning.

The enormous celebration of the Resurrection that happens at Easter becomes even more real and meaningful when we spend a long season meditating on just what we’ve been rescued from – the very jaws of death – and how we were rescued – by the cruel death of the Son of God and Son of Man, the only person who never deserved it, and the only person who could overcome death. And by participating in his suffering through Lent, every year I get more deep joy participating in the celebration of his Resurrection and Ascension in the Easter season. Then I can live even more into the already/not yet during the summer/fall season of Pentecost, and am desperately anticipating Jesus’ second coming when Advent rolls around again.

For Further Reading: The little book For the Life of the World: Sacraments & Orthodoxy by Alexander Schmemann (St. Vladimir’s Seminary Press, 1997) is on the short list of Books That Have Changed My Life. Written from the perspective of the Eastern church, and thus rather brain-bending for us Westerners, Schmemann cracked my mind open about the sacraments and a deeper view of the Christian life. His chapter on Time is one I go back and reread regularly.