As I mentioned yesterday, I’m up to my eyeballs in design. It’s a weird process, designing things, and when I started trying to do it all the time, it got even weirder. Before, I would just design things as they occurred to me. A vision for a project would spring, fully-formed, into my head, and I immediately knew exactly how I would carry it off. As often as not, this happened because I would want to make something, then not be able to find a pattern that did what I wanted. So I just started from scratch. That’s what happened with my current pair of socks. 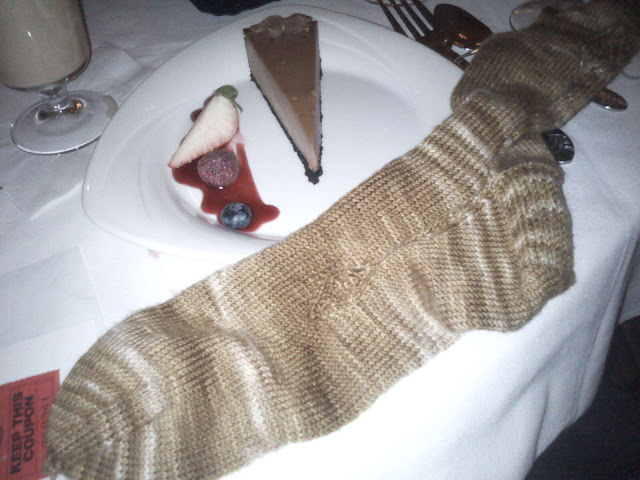 I’m not going to apologize for this crappy cell phone picture, nor am I going to tell you anything about this sock, because it’s sort of supposed to be a secret. But it’s not a very great secret, and I didn’t have any other examples, so there you are.

What’s been happening more often, as I design more things for the Liturgical Year project, is much more vague. I’ll know generally what I want a pattern to look like, but not exactly how I’ll carry it off. Or I’ll know the shape, but not the stitch pattern. It’s during times like these that I’ll pull out a stitch dictionary and start experimenting. For example, it took me over a yard of goofing around to settle on a border pattern for “Rachel’s Tears” that gave the impression I was going for. 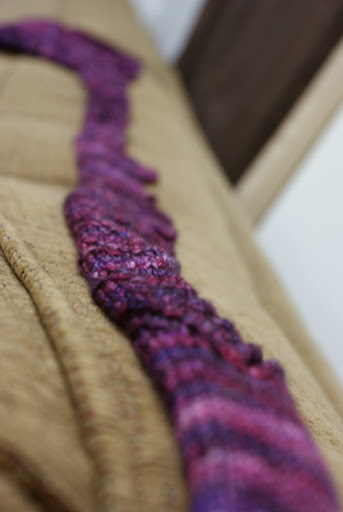 Contrast that with the body of the scarf, which I knew previously what I wanted; I just had to get the mechanics sorted out. 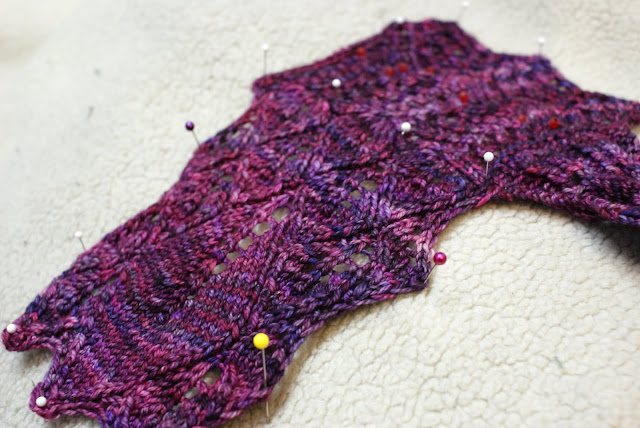 But then sometimes, my ideas go horribly wrong. I’ll start working on something, and a key mechanic will just not work, or an idea will end up being horribly misguided, or a yarn will not turn up or turn out to be discontinued. This happened with the “Road Less Traveled” cowl – I had to go back to the drawing board after the idea I had long been planning on ended up being unfeasible. I was blessed this time – a new idea with the same symbolism sprang into my mind, and I had the thing knit up in about a day. 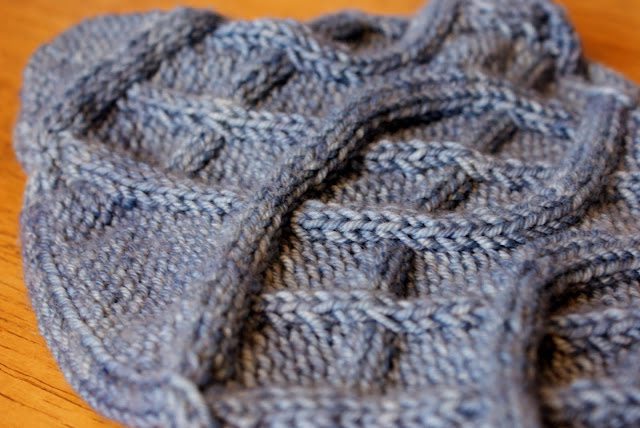 I’m really stuck right now on the second epiphany pattern; it’s going so badly that I might have to switch it out with a Lent pattern to give myself enough time. Not only is the design process tripping me up at every stage; the yarn isn’t even here yet. Oh well! They will arrive, both the ideas and the yarn, but my patience is being tested. I love every minute of it, but I suppose even the best job sometimes gives you heartburn.